Commencing on November 1st 2010, Berjaya Air’s ten weekly flights to Tioman Island will operate daily except on Tuesdays and Thursdays.

From March 2011, right after the monsoon season, the Malaysian carrier will increase frequencies to 28 weekly flights, 14 each to the resort islands of Tioman and Redang. Both islands are new links for Changi Airport. Berjaya Air operates both the DeHavilland Dash 7 and ATR72-500 aircraft’s. For flight details and tickets visit: Berjaya Air Official Website

Located about 36 nautical miles off Malaysia’s east coast, Tioman’s pristine waters and white sandy beaches may seem familiar to many for its feature in the 1958 film South Pacific depicting Bali Hai. Lush tropical jungle covers about 12,000 hectares of the island and countless mountain streams and waterfalls sustain the many protected species of mammals and birds.

Playing host to both the British and the Japanese during World War II, the island’s swaying palm trees, charming villages and friendly people promises spectacular marine life and colourful coral gardens for any enthusiastic diver. The reefs around Tioman are believed to be thousands of years old and home to tropical reef fish, turtles, sharks and rare giant clams.

No matter where you stay on the island, you are guaranteed crystal clear waters, perfect tranquility and a magnificent view. There is a wide range of accommodation available from luxury studio suites to the humble wooden chalets by the beach. Most places of stay are clustered around villages along the coastline, while a few small resorts are built around private beach coves. Google them and take your pick! Alternately, visit Discover Tioman Island The island is also duty-free!

There is a legend that lives within the people of this island. A story of mystic and wonderment of a Dragon Princess, a tale most travellers return home with together with their memories of a relaxed vacation of sun, surf, sea and sand! Whether a family with small children, honeymooners, scuba divers, backpackers, hikers, adventurers or even those looking for a slice of exclusivity and luxury, Tioman Island is the place to be.

Photo Attributes – I would like to recognize the following photographer for his work:

(1) Choh Wah Ye by CW Ye: Originally posted to Flickr as http://www.flickr.com/photos/cw_ye/4846402522/sizes/z/in/photostream/. This file is licensed under the Creative Commons Attribution-NonCommercial-NoDerivs 2.0 Generic license.

(2) Choh Wah Ye by CW Ye: Originally posted to Flickr as http://www.flickr.com/photos/cw_ye/4798634766/sizes/z/in/photostream/. This file is licensed under the Creative Commons Attribution-NonCommercial-NoDerivs 2.0 Generic license. 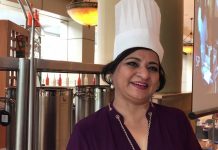 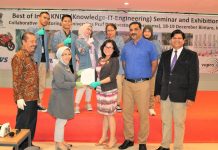 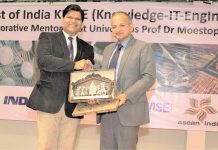