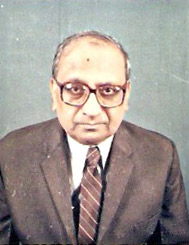 Rajat Das Gupta is basically a Chartered Accountant (1957) and possibly the first from his profession to have computer training in England (IBM) way back in 1969-1971. A hard core professional, he dedicated himself to the dual task of audit/ accounts along with computer systems for decades both in the industries he had served in India and England, and also as an independent professional since 1986. Several of his articles had been published in the journals of the Institute of Chartered Accountants of India at different times. His first book COMPUTER RIGMAROLE, a satirical drama on the mess with computer application in the commercial field, was published in 1992, which bore foreword of and otherwise acclaimed by a few elite personalities in his profession of that time.

His already chequered career is further adorned by his THE ECLIPSED SUN, for which the Forewords etc. tell enough. An additional feather in his cap is his Bengali translation of the book SARAPE IKRAAR or ‘An Era of Pessimism’, by Dr. Charanjeet Singh, a popular modern Punjabi poet. Of course, Mr. Das Gupta did the Bengali translation from the English version of the book by Shri. Indraneel Mukherjee.