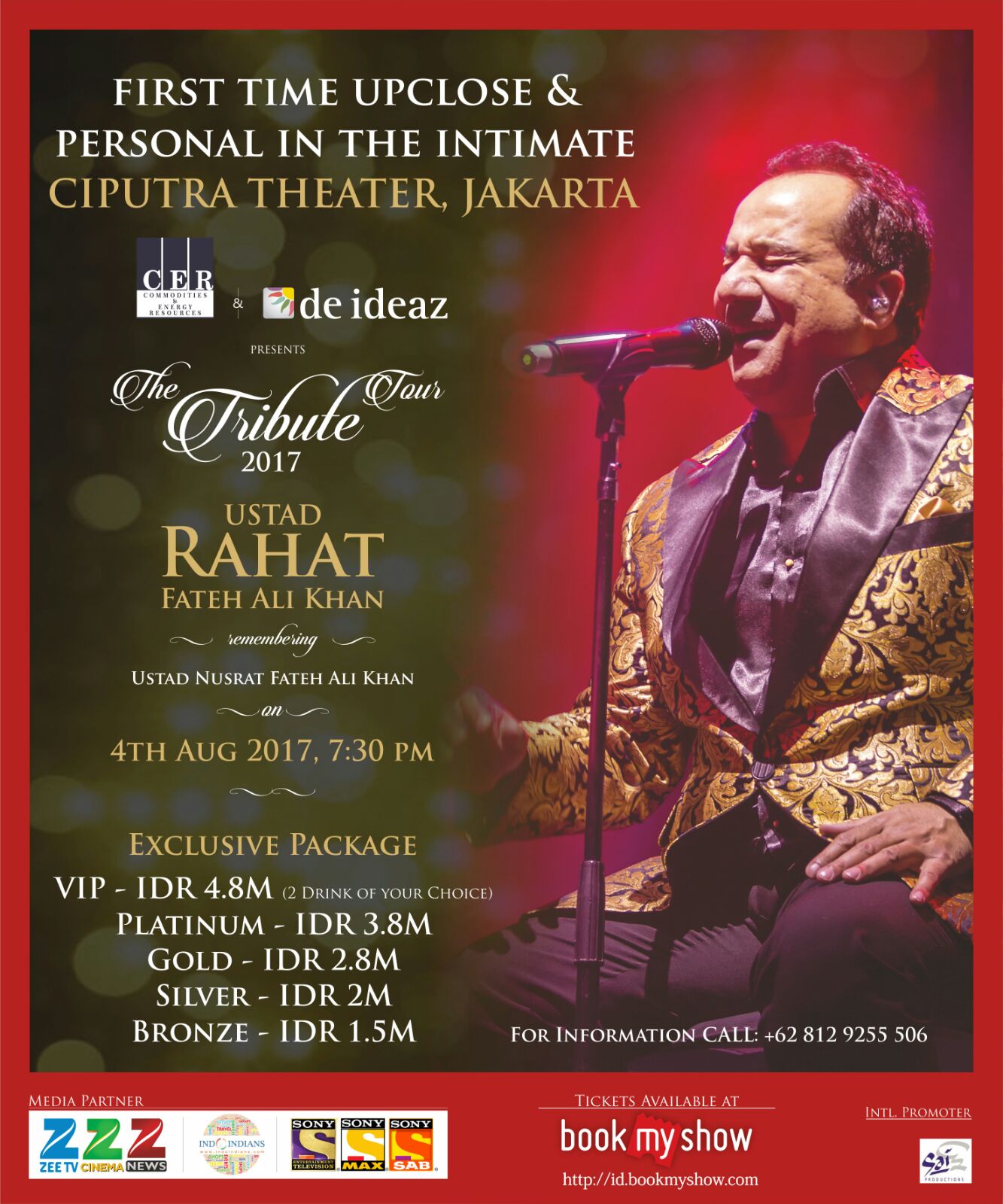 Rahat Fateh Ali Khan has captured the hearts of millions worldwide and continues to mesmerize audiences with his melodious voice and Sufi music. He has had award winning hits for films such as Sultan, Dabangg, My name is Khan, Son of Sardar, and many more.

Rahat lovers can look forward to a special 3 hour electrifying performance where he will rock the stage with his greatest Bollywood hits and a very special, one time only, tribute to his mentor. A show that cannot be missed.