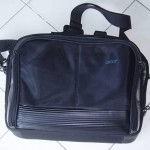 by Poonam Sagar : My laptop bag is generic with 2 short handles and a long shoulder strap. The other day when my daughter was carrying it, she tripped over the shoulder strap, trailing below, and landed knee first on the laptop. The screen was shattered and it was a tough decision on whether to replace the LCD screen or the laptop.

A quick search and a couple of phonecalls revealed that the replacement price of the LCD screen was 25% of a brand new laptop with superior specifications. The laptop was setup with all the software regularly used and had all the data and setting up a new computer with it seemed like a whole lot of time and effort and this led to replacing the screen.

That my friend is just the background to the real problem e-waste management. At the service center to replace the LCD screen and battery, the technician asked if he could pack the shattered screen and old battery. What would I do with the useless stuff and asked if there was a buyback program or recycling system available. The technician informed me that I had to dispose of the old battery responsibly as it had lithium in it but had no suggestions as to where and how I could do so, expect to store it in a cool, dry place in an anti-static pack.

The battery could be refurbished, however the cost of doing so would be more than that of a brand new battery. So the old parts are generally collected and sold in bulk by weight to e-waste collectors who usually strip them for the metal and sometimes components. Only a small percentage of ewaste is recycled and the rest is dumped into landfills.According to the UN Environment Programme, the worldwide total for  e-waste could be 50 million tons per year. 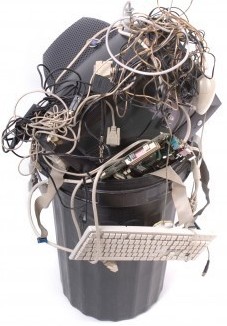 E-waste is a variety of electronic products that have either met the end of their useful life or have been superseded by new & improved models or gadgets that include, but are not limited to  computers, televisions, monitors, laptops, cell Phones, VCRs, stereos, copiers, fax machines and so on.

It is a challenge tackle e-waste responsibly as computers and gadgets have increasingly shorter life spans. Recent studies show that the component materials of electronic items threaten human health and the environment, especially water and air. Cathode ray tubes (CRTs), the glass picture tubes found in television and computer monitors, contain five to eight pounds of lead. Computers contain heavy metals such as lead,chromium, nickel and zinc. Plastics used in casings are often difficult to sort and recycle, and can pose a health and safety risk to workers.

Large amounts of e-waste have been sent to countries such as China, India and Kenya, where lower environmental standards and working conditions make processing e-waste more profitable. Around 80 % of the e-waste in the U.S. is exported to Asia. Infact, Guiyu in China is the largest e-waste site on earth with an estimated 150,000 e-waste workers. Indonesia too is a dumping ground for old electronics from developed countries in a trade deemed illegal by the Basel Convention on the Control of Transboundary Movements of Hazardous Wastes and Their Disposal, an international treaty addressing the uncontrolled dumping of such materials, which came into force in 1992 and was ratified by Indonesia a year later.

A common statistic online is that a whopping 68 percent of consumers stockpile used or unwanted computer equipment in their homes. One really effective solution is to sell it. Yes, sell it.

In Indonesia, it is easy to upgrade to a new mobile phone a tukar tambah trade in scheme where the shopkeeper will also move all your contacts and data to the new mobile device. This is a great option to storing the old device at home gathering dust. The same schemes are often available for TV sets and home applicances.

Some dealers also provide a similar trade in service for laptops and computers. Here are some links to such services in jakarta:
1. Buy sell old laptops
2. Sell your old computers
3. Singapore based recycling center 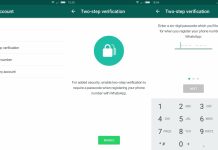 Keep Your WhatsApp Safe And Secure Indonesian Youtubers You Are Missing Out On! What is the Metaverse World?