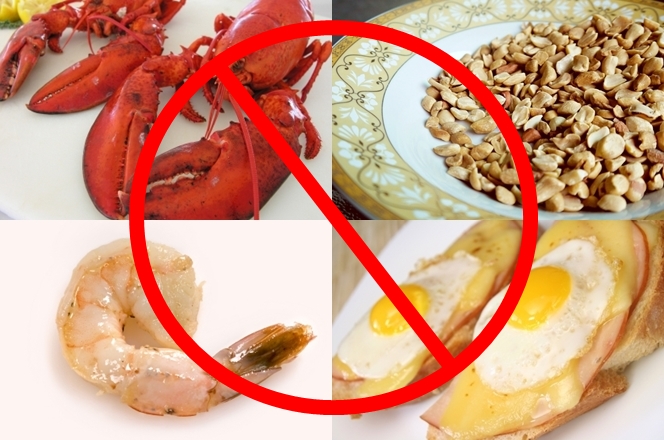 Food allergy (FA) or food hypersensitivity is increasing worldwide. The prevalence is highest in preschool children, but it can occur at any age. It is more common in the children who have atopic dermatitis and asthma. FA occurs when an individual, instead of developing tolerance to a food, becomes sensitised to it. The symptom range and severity vary from patient to patient.

Symptoms pertaining to skin and the gastrointestinal tract are common, like urticaria or chhapaki, itching, redness of skin, swelling of lips, eyelids, tongue, nausea, vomiting, diarrhoea and abdominal cramps. Respiratory symptoms like cough wheezing, sneezing, runny nose and blocked nose may be present. Life threatening reactions like anaphylaxis can also occur in some.

Anaemia and the failure to thrive is seen in some types of allergic reactions. Some people with pollen or latex (rubber) allergy also develop allergy to certain foods. This is known as the oral allergy syndrome. Occasionally, a baby may develop allergy to some food (s) eaten by the mother via the passage through breast milk, but this is uncommon.

Food allergy is the manifestation of different kinds of allergic reactions. Therefore, the timing of reaction can vary – from almost immediately after eating the culprit food to a few hours or few days later. In a child with atopic dermatrtis, itching may occur soon after eating egg (immediate type of allergy – IgE, mediated) and eczema may worsen after a day or so (delayed allergic reaction).

Allergy can develop to almost any food, but some foods are more allergenic. These vary from region to region depending upon the availability of the food item processing and eating habits. Allergy to sea food (shrimp, lobster, prawn, crab, mollusks) is seen in coastal areas and in land-locked areas where seafoods are freely available. Similarly, allergy to fish is seen in areas where it is eaten frequently. Animal milk (cow, buffalo), egg and wheat are common food allergens. Dals (Mash, arhar, channa and rajmah, have been reported to cause allergy in some patients in India. Peanuts and tree nuts (almond, walnut, etc) are also allergenic to some. Fruits and some food additives may produce symptoms. Allergy can develop to foods which were tolerated earlier. Reactions to nuts and seafood tend to be more severe. Fortunately, milk and egg allergies disappear with age in most children but other allergies persist. If FA persists if it occurs late in life.

Management consists of avoiding the allergenic food. It is easy to avoid a food which is eaten sporadically, but excluding a staple food like milk for a young child or wheat is a major challenge. Moreover, milk, eggs wheat and soya are used in preparing a number of food items. Those allergic to such foods must know about all food preparations likely to contain one or more of these. If a severe reaction to food occurs, the person concerned must be rushed to the nearest medical centre. People with severe FA should consult allergy immunologists to learn how they can reduce the risk to their life in the case of accidental ingestion of allergenic foods.

There is evidence to prove that the incidence of FA and other allergies like atopic dermatitis (infantile eczema) and asthma can be reduced if babies are exclusively breast-fed for at least six months. A nursing mother should avoid allergenic foods in her diet. Common allergenic foods should be introduced in the child’s diet after two years of age.

The writer, a senior consultant at Chandigarh’s Chaitanya Hospital, was earlier associated with the PGI.