Home News & Events All About Onam 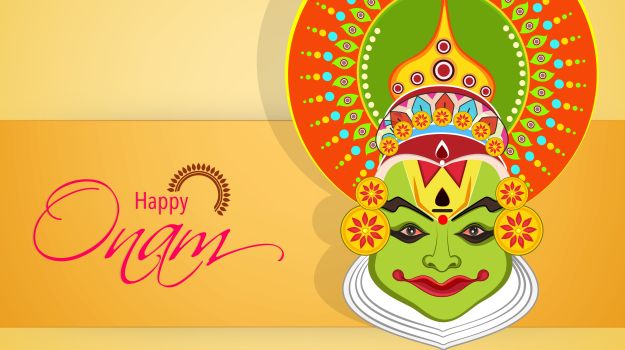 Onam is the (mythical) homecoming of King Mahabali, who was once loved and respected for his just rule.

Legend has it that despite being an Asura (demon), Mahabali kept his people happy through his judicious rule. Kerala flourished under his reign, causing unrest among the gods, who feared something amiss.

Then, Lord Vishnu took the form of a Brahmin named Vamana, and went to earth to ask Mahabali for a piece of land.

Known to indulge the requests of his people, the generous king didn’t refuse and offered him as much land as he wished. Vamana responded with the a peculiar request for land that would cover his three steps.

Just after Mahabali accepted this unusual request, Vamana began to grow gigantic, with his first step covering the entire earth.

And, the second covered the skies.

Vamana then asked Mahabali where he should place his third step, to which the king humbly offered his head. Vamana crushed him, and sent him away, but because he was such a beloved ruler, Lord Vishnu granted him his only wish to return every year to visit his people.

So, every year, Malayalis across the world welcome their beloved king back into their lives, decorate their homes with the symbolic flower-carpet (pookalam), participate in the traditional dance (kathakali) and prepare a lavish feast – ‘onasadhya’ in a bid to give their king the impression that they are content.

Consisting of nearly 26 vegetarians dishes, the traditional Onasadhya is served on a big, banana leaf and placed on the floor.

Traditionally, people sit on the floor and eat the spread with the hands (the use of cutlery is a big no-no).

There’s even a science that governs the placement of each dish on the plantain leaf, with the spine of the leaf clearly dividing the majority of dishes, from where the rice is served.

The lunch includes three types of pickle, and a host of ‘kootans’ or curries (Erissery, Avial, Pachadi, Kichadi, Olan, Inji Thayir, Thoran, Koottukari) which are placed on the top part of the leaf.

The rice is placed on the bottom half, where the watery dishes like dal, sambhar, rasam, and mooru curry are served with it in that particular order.

Chips, pappad, banana are placed on the bottom left, while kaalan to the bottom right. At the end, three types of payasams (desserts) are served.