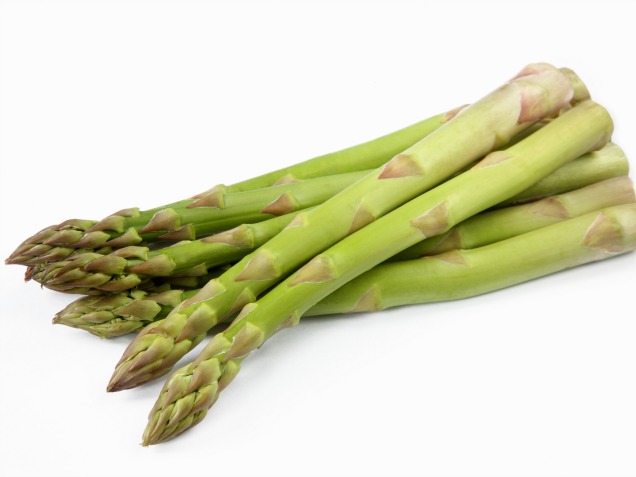 Devoured by Julius Caesar and adored by Pompadour the ultimate fantasy of chef Kai-Uwe Klenz is to be able to bite into a crunchy asparagus as well. The one condition being that it should be of the white variety.

It was his grandfather’s kitchen garden that got the young Klenz addicted to the slender vegetable of the lily family. As he grew up he vowed to study the art of cooking so that he could prepare the succulent spring stalks the way it was offered to him as a child. As chef at the Kempinski Hotel Munich, Germany Klenz,32 spends much time frantically flying around the world to spread his love for asparagus in places far and wide. He comes to Indonesia with over 300 kilograms of the vegetable that was prized by epicures even before Roman times, and pages full of recipes. He admits that it is easy for him to nibble away at a kilogram a day without an, “oh” or an “ah”.

“But this is not because of my love for asparagus,” clarified Klenz to The Jakarta Post pointing to his paunch. For the only thing plump about asparagus is its own juicy stalk. The white asparagus is a highly nutritious vegetable considered a good source of the vitamins A and C and also of minerals, potassium, phosphorus and iron. It is said to be ideal for all those on a low sodium diet and calorie counters are promised no harm done in a plate a day. However it is the butter and cheese sauces that invariably drown the seasonal vegetable that may cause people to become a kilo or two heavier at the end of Spargelzeit, or asparagus time.

The aristocrat amongst vegetables is mentioned in writing nearly 2000 years ago not as a delicacy but as a medicinal herb and cultivated only in convent or at curative herb gardens. Later nobility favoured it and it remained a luxury available only to the ruling elite till a 150 years ago. It has taken the Germans hundreds of years to master the technique of growing asparagus and keeping the white variety protected from sunlight which gives all vegetables chlorophyll, the colour green. Klenz is happy that the vegetable is now available to one and all, the best variety coming from Bavaria and making Schwetzingen the most famous asparagus city in the world.

Although asparagus was brought into Europe from Siberia, over the centuries Spargel mania is become a very Germany thing. Available throughout the year, the finest, freshest variety is found only at spring time. Cultivated under the earth and harvested in the early morning dawn, the sight of the tip of an asparagus head popping out of the earth is a culinary celebration in Germany. Between the end of April and June 24 all of Germany seems to do little else but pay homage to the royal vegetable. And how? Menus at most restaurants are supplemented with a special asparagus fare offering at least 50 different ways to serve it. Asparagus contests are held everywhere and asparagus queens are chosen at specially organised festivals.

Helmut Zipner also known as Spargel Tarzan is listed in the Guiness Book of Records for consuming the greatest amount of asparagus in the shortest number of hours and for the bookish there are plenty of seminars and talks on the same subject. So much is made of the asparagus as it signifies the advent of spring. Traditionally the asparagus season was observed between the end of Christmas festivities and the beginning of spring. The white coloured asparagus rising erect from the belly of winter, “as dark asÂ  the devil’s soul” is seen as a symbol of hope and life after. After months of overcast skies and a life bound by much snow, the joy of seeing the first ray of sunshine and the promise of much greenery to come, is unimaginable.

“When I close my eyes and think of the asparagus I also see images of birds singing, the sun shining and all the trees sprouting fresh green leaves and colourful blossoms,” Klenz says as he vigorously whipped cream for the white asparagus soup, part of the set menu available at Jakarta’s Kempinski Hotel. The second course is a chunk of Norwegian salmon and beef medallions, parsley potatoes and hollandaise sauce served with none other than the royal asparagus.

Klenz adds that he enjoys asparagus only during the spring when it is white and still freshly available. After every June 24, he does not touch the vegetable till next spring. He advices gourmets here to do the same and extends an open invitation to celebrate with him the asparagus season till 27 May at the Java restaurant, Kempinski Hotel Plaza.