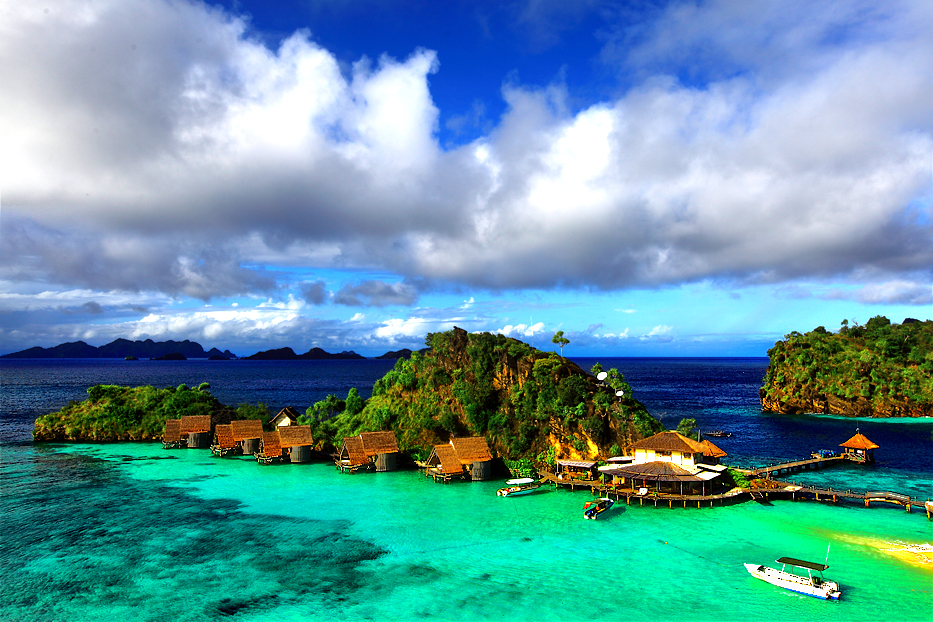 The islands of the Indonesian archipelago stretch almost 5000km (3100mi) from the Asian mainland into the Pacific Ocean. Richly endowed with natural resources and hosting a phenomenal array of distinct cultures, for centuries they have been a magnet to Chinese and Indian traders, European colonizers, proselytizing missionaries, wayward adventurers, mining companies, intrepid travelers and package tourists.

The islands are inhabited by 300 ethnic groups with distinct cultures, speaking 365 languages and dialects.

Facts at a Glance

The Dutch began to colonize Indonesia in the early 17th century; Japan occupied the islands from 1942 to 1945. Indonesia declared its independence shortly before Japan’s surrender, but it required four years of sometimes brutal fighting, intermittent negotiations, and UN mediation before the Netherlands agreed to transfer sovereignty in 1949. A period of sometimes unruly parliamentary democracy ended in 1957 when President SOEKARNO declared martial law and instituted “Guided Democracy.” After an abortive coup in 1965 by alleged communist sympathizers, SOEKARNO was gradually eased from power. From 1967 until 1988, President SUHARTO ruled Indonesia with his “New Order” government. After rioting toppled Suharto in 1998, free and fair legislative elections took place in 1999. Indonesia is now the world’s third most populous democracy, the world’s largest archipelagic state, and the world’s largest Muslim-majority nation.

Indonesia has extensive natural resources. A large percentage of world trade transits the strategically important straits of Malacca which link the Indian Ocean littoral to the South China Sea and the larger Pacific Ocean basin. Indonesia is also perceived by many as the geopolitical center of the Association of Southeast Asian Nations (ASEAN), which is a key actor in the geopolitical dynamics of the larger Asia-Pacific region. Indonesia is still emerging from a period of authoritarian rule and is struggling to consolidate its status as one of the world’s largest democracies. Indonesia also represents a moderate form of Islam.

The Indonesian archipelago comprises more than 13,000 islands and shares borders with Malaysia and Papua New Guinea. Stretching like a backbone down the western coast of Sumatra is a line of active and extinct volcanoes. These continue through Java, Bali, Nusa Tenggara and then loop through the Banda Islands of Maluku to north-eastern Sulawesi. Under 10% of the total land area is suitable for farming, while two-thirds consists of woodland, forests and mangrove swamp (mostly found in Sumatra, Kalimantan, Sulawesi and Irian Jaya).

Indonesia’s rich natural environment encourages a diversity of flora and fauna. The archipelago is home to elephants, tigers, leopards and orang-utans. Sea turtles are found in the waters around Bali and the world’s largest flowers – Rafflesias – grow in Sumatra. The islands of Irian Jaya, Java, Kalimantan, Sulawesi and Sumatra have national parks, while other parks protect special areas such as Komodo, home to the Komodo dragon. Rainforests are disappearing at an alarming rate, especially in Kalimantan where the mighty dipterocarp forests are being logged ferociously for their durable tropical hardwoods.

Draped over the equator, Indonesia tends to have a fairly uniform climate – hot. It’s hot and wet during the wet season (October to April) and hot and dry during the dry season (May to September). Temperatures climb to about 31°C (88°F) in coastal regions, dropping further inland. The best time to visit Indonesia is from April to October.

Social and religious duty has, over time, been refined to form a code of behavior called ‘adat’ or traditional law. Islam is the predominant religion of the archipelago but it’s somewhat tempered by elements of Hindu-Buddhism, adat and animism. In Java, especially, there are hundreds of places where spiritual energy is thought to be concentrated and can be absorbed by followers. Despite a lengthy colonial period, missionaries were only successful in converting small pockets of the Indonesian population to Christianity – the Bataks of Sumatra, the Toraks of Sulawesi and 95% of the population of Flores being notable examples.

Over 300 languages are spoken in the archipelago and most belong to the Malay-Polynesian group. Within this group, many regional languages and dialects are spoken. The lingua franca of the archipelago is Bahasa Indonesia, which is almost identical to Malay. It uses a number of foreign words, indicating the long history of contact Indonesia has had with other cultures.

Batik, the art of applying wax to cloth and then tie-dying in colourful and dramatic designs, is produced throughout Indonesia, and the centre of this activity is Yogyakarta in Java. Other craft forms include: ikat, which is a type of weaving with tie-dyed threads; songket, a silk cloth with gold or silver threads woven into it; and kris, artwork often decorated with jewels. Javanese wayang (puppet) plays and gamelan (hypnotic music composed mostly of percussive instruments) are also popular artistic forms.

Many Indonesian dishes are Chinese-influenced, but some, such as Padang food from Sumatra, are distinctly home-grown. Wherever you travel in Indonesia you’ll see vendors selling snacks such as potatoes, sweet nuts, biscuits or fruit. Rice is the basis of each meal, eaten as a soup or with an assortment of hot and spicy side dishes, salad and pickles. Nasi goreng (fried rice) is the most common dish, while sate (skewered meats with a spicy peanut sauce), gado-gado (bean sprouts and vegies in peanut sauce) and seafood are also popular. The variety of tropical fruits grown would make a greengrocer swoon. They include custard apples, durians, guavas, jackfruits, mangoes, papayas, starfruits and rambutans.

With such a multiplicity of ethnic groups, Indonesia has, unsurprisingly, a surfeit of cultural events throughout the year. On Sumba, mock battles that hark back to the era of internecine warfare are held in February and March. The day before Balinese Caka New Year (March-April) temple icons are taken to the sea to be bathed and drummers drive evil spirits back to the spirit world. During the Balinese festival of Galungan (moving dates) even the gods descend to earth and join in the revelry. There’s a dramatic Easter Parade on the island of Larantuka, whip duels in Ruteng, Flores in August and Torajan funereal feasts are held in central Sulawesi, mainly between August and October. As most Indonesians are Muslim, many festivals are affected by the lunar calendar; dates are subsequently pushed back 10 or 11 days each year.

Facts for the Traveller

Currency: Rupiah (IDR / Rp)
Relative costs: Things are in flux because of Indonesia’s economic meltdown and the imposition of IMF economic reforms. Any list of relative costs would be no more than a wild guess, but rest assured that if you have US dollars they’ll go a long way.

Tipping is a common practice in Indonesia. Someone who carries your bag or guides you around a tourist attraction will expect a tip. Jakarta taxi drivers expect you to round the fare up to the next 10000 rp. Hotel porters expect a 20 thousand rupiah per bag.

Prices are fixed in malls and supermarkets. You can practice your bargaining skills at touristy markets.

Though travel in the wet season is possible in most parts of Indonesia, it can be a deterrent to some activities and travel on mud-clogged roads in less developed areas is difficult. In general, the best time to visit is in the dry season between May and October.
The main Indonesian holiday period is the end of Ramadan, when some resorts are packed to overflowing and prices skyrocket. 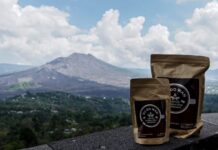 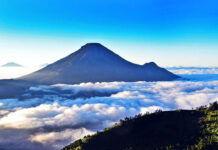