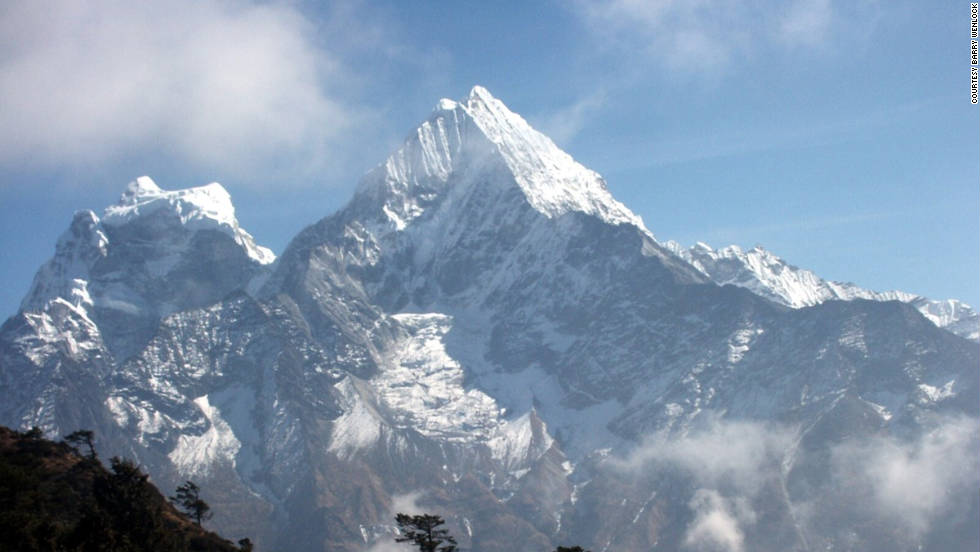 What a feeling it is to be in the Himalayas. Known as the roof of the world, to be in the midst of the highest and broadest mountains on this earth is to be on a literal high.

Opened out like two generous arms of the creator it is not surprising that the Himalayas is called the abode of gods. In between the Himalayas in Kashmir in the northwest, and Arunachal Pradesh in the northeast lies the ample bosom of the youngest mountain range in the world. This is amazing territory, a virtual maze of stiff peaks clad perpetually in snow, dangerous walkways, crystal clear streams and a vegetation so varied in the valleys that it both boggles the mind as well as provides much solace to the soul.

For thousands of years holy men have made homes in these hills, enjoying both mystical moments and hardships. It is the sheer grandeur of the mountains that perhaps inspires people to keep close to the great walls. “The expanse of the Himalayas teaches me humility every moment of my life. That is the only and most important lesson that I have learnt in these decades of wandering,” confesses one who in all of his 50 years has owned nothing more than a staff and a loin cloth. While lesser beings may use the foothills to beat the heat of the plains, the sage and sadhu seek the heights just to keep sane and to make simple sense of life.Â

Apart from the stunning landscape, the mountains are attractive also because they conjure up images of much romance as a meeting place of so many different peoples, cultures and religions. They remain the home of fascinating legends, animals and myths some nestled in dark caves behind a thick curtain of a waterfall and others lurk in deep gorges.

Isolated villages stand since times gone past of a racially mixed people, including the first descendants of the expanding Indus Valley civilisation of the Dravidian people who moved to the foothills of the mountains thousands of years before the birth of Christ followed by a mixture of the Mongol and Aryan races. Rajput adventurers appeared much later. The first westerners to the region are said to be Jesuit missionaries in search of Prester John’s legendary land.

If the cuisine of a place is allowed to say anything about the different mix of people having influenced a place then Dharamkot, a tiny village in the 2,000 kilometres long Shivaliks range of the western Himalayas is only one example where it is possible today to enjoy pizzas baked in clay ovens, Israeli salad, Tibetan momos and the best tandoori chicken in the world. The cappuccino served here is not bad either.

Engulfed in its mystical surroundings, Dharamkot provides a spectacularly mesmerising view of the snow white range of the Dhauladhar mountains often crowned with a brightly coloured rainbow that arches across all geographical borders and rains down an equal amount of joy upon all Hindus, Buddhists, Christians, Muslims, Sherpas, Tamangs, Gurkhas, Baltis, snow leopards, red pandas, yetis and yaks alike. While standing suspended between little except the satin blue sky above and a hairline ridge below the realisation that indeed no part of this earth is the personal property of any one individual person, race or religious group is a humbling experience. And when that happens all man made conflicts over my land, my people and my religion pale into meaninglessness, at least for that moment.

The next thought is of Kashmir which is so difficult to enjoy these days due to the terrible violence taking place against its people and the territory is contested as a land of Muslim brotherhood. This is despite the fact that once upon a time Kashmir was not even land. Geologists conclude that the valley of Kashmir was a huge lake called the Karewa. As the lake drained away human beings settled here and called the place Kashyapamaar after the sage Kashyap.

It is the Buddhist emperor Ashoka who built the city of Srinagar around the year 250 BC, spreading Buddhism in the area and beyond to Ladakh, Tibet and Central Asia. Muslims came in the 14th century and soon the entire valley embraced Islam except for a small minority of Hindus, while Buddhism preferred to disappear into the Himalayas.

The Moghul rulers may have had their capital in the plains of Agra, Delhi or Lahore but they loved Kashmir as it reminded them of their Central Asian past. Akbar built the Hariparbat fort and Jehangir designed the Shalimar gardens insisting in a spontaneous moment of poetic inspiration that if there is heaven then it is here in Kashmir. The Sikh conqueror Ranjit Singh replaced Muslim rulers in 1820. The religion of most Kashmiris maybe Islam today but the influence of all the cultures that have over thousands of years made their home in the area is evident in the way of life, handicrafts and language of its people. Basholi miniature paintings are most precious for their depiction of the story of Hindu lovers Nala and Damyanti.

The narrow 2,000 kilometres long strip of the Shivaliks range that includes Jammu is also known as the foothills of the Himalaya and runs in a continuous belt through the Kangra valley up to the Kumaon hills. The landscape is as lilting as a symphony as it rolls up and down despite the weight of thick acacia and pine forests over jagged rocks and rivulets that are heard but not seen flowing over sediment that was scattered haphazardly when the Himalaya first tore through the ocean belt some 80 million years ago, ruthlessly splitting the land mass during the Jurassic era, into two.

This act of collision of the soft sedimentary crust with hard volcanic rocks pushed the latter upwards to create the highest mountain range on this planet with a landscape and bio diversity of flora and fauna that is as awe inspiring as it is enchanting. The debris that settled in a ring around the rising mountains is the Shivaliks range or land of Shiva, the lord of destruction. Carried away by the recent stay in the Shivaliks there was little choice but to prostrate in phallic worship before the lingam of Shiva, a symbol of the awesome erection of the still rising Himalayas. It is said that the Himalayas continue to thrust upwards at 0.8 cm annually.

In the face of such dramatic designs that nature seems to have in store for human beings it makes little sense for any one of us to be battling each other either over land, money or women.