The ‘Talking About Books’ event on May 22nd was a success, for there were many book-enthusiasts who eagerly joined the online session. Gunjan Prasad, founding member of Jakarta-based book club ‘Fully Booked’ was also present to host the event for other avid bookworms. During times like these where everyone is told to stay at home during the pandemic, reading is one of the best activities you can do with your time.

Here are the books that were discussed and recommended during the discussion: 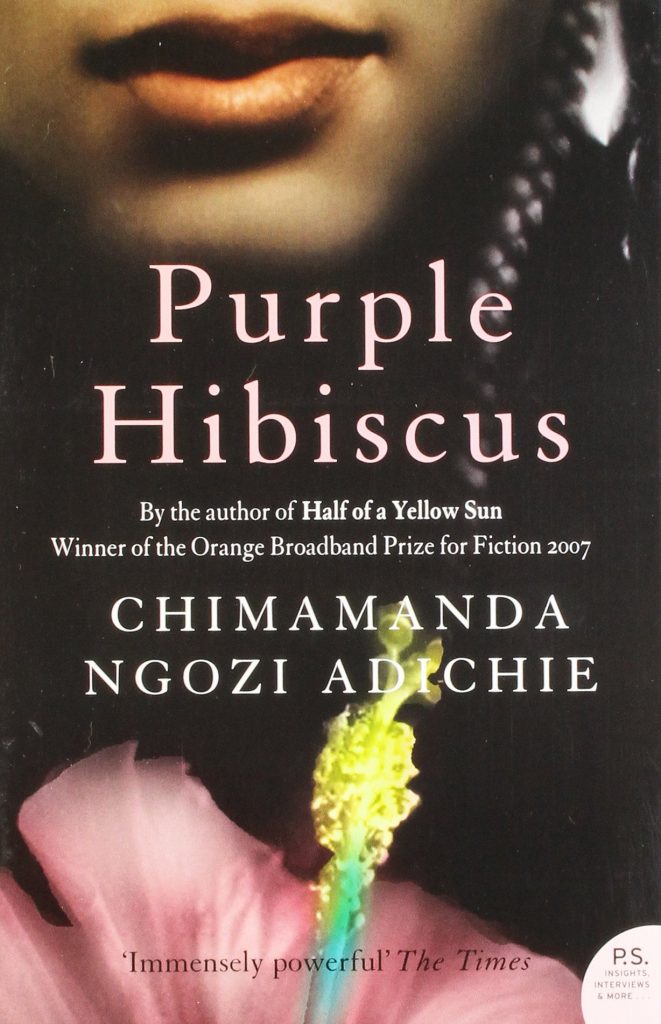 Purple Hibiscus is set in postcolonial Nigeria, a country beset by political instability and economic difficulties. The central character is Kambili Achike, aged fifteen for much of the period covered by the book, a member of a wealthy family dominated by her devoutly Catholic father, Eugene.

Half of a yellow sun by Chimamanda Ngozi Adichie 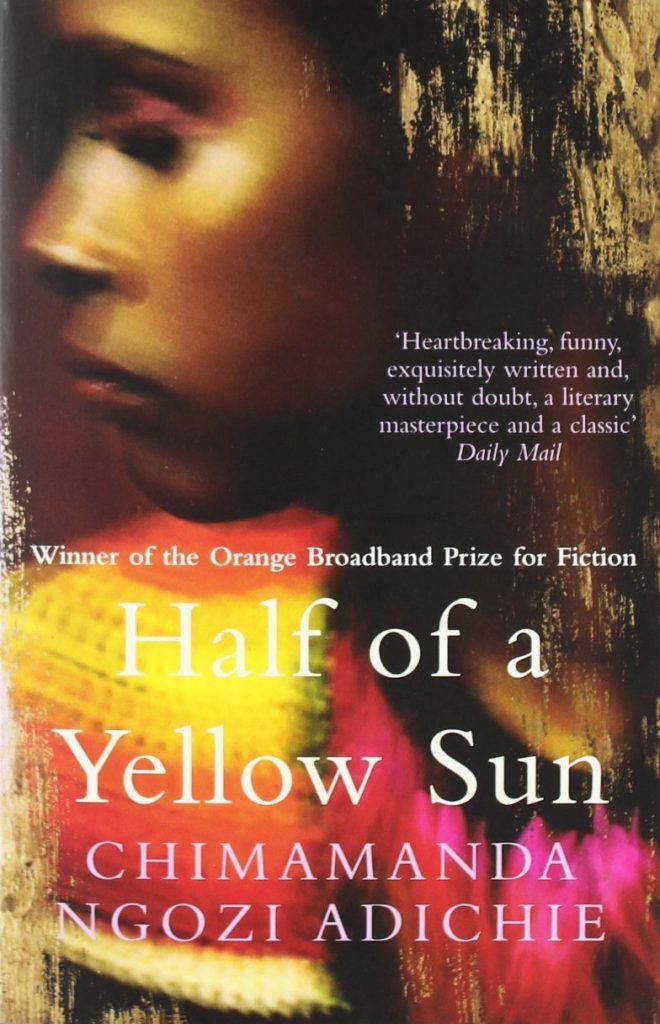 Twin sisters (Thandie Newton, Anika Noni Rose) from a wealthy Nigerian family take wildly different paths in life, but both become swept up in the struggle to establish Biafra as an independent republic. 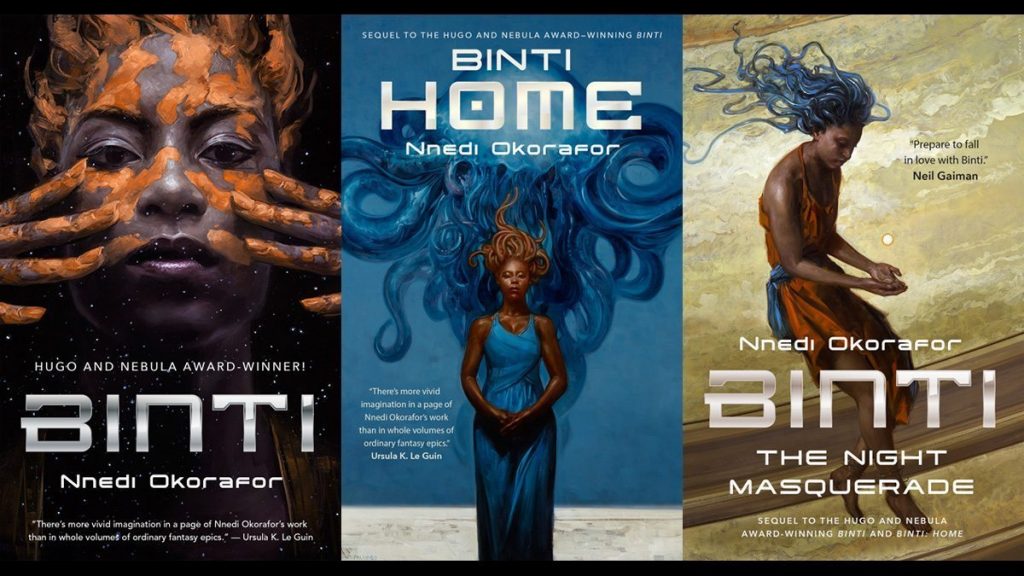 Her name is Binti, and she is the first of the Himba people ever to be offered a place at Oomza University, the finest institution of higher learning in the galaxy. But to accept the offer will mean giving up her place in her family to travel between the stars among strangers who do not share her ways or respect her customs.

Knowledge comes at a cost, one that Binti is willing to pay, but her journey will not be easy. The world she seeks to enter has long warred with the Meduse, an alien race that has become the stuff of nightmares. Oomza University has wronged the Meduse, and Binti’s stellar travel will bring her within their deadly reach.

If Binti hopes to survive the legacy of a war not of her making, she will need both the the gifts of her people and the wisdom enshrined within the University, itself – but first she has to make it there, alive.

The Emperor’s soul by Brandon Sanderson 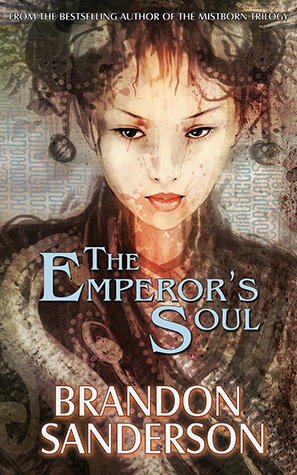 A heretic thief is the empire’s only hope in this fascinating tale that inhabits the same world as the popular novel, Elantris.

Shai is a Forger, a foreigner who can flawlessly copy and re-create any item by rewriting its history with skillful magic. Condemned to death after trying to steal the emperor’s scepter, she is given one opportunity to save herself. Though her skill as a Forger is considered an abomination by her captors, Shai will attempt to create a new soul for the emperor, who is almost dead.

Probing deeply into his life, she discovers Emperor Ashravan’s truest nature—and the opportunity to exploit it. Her only possible ally is one who is truly loyal to the emperor, but councilor Gaotona must overcome his prejudices to understand that Shai’s forgery is as much artistry as it is deception. 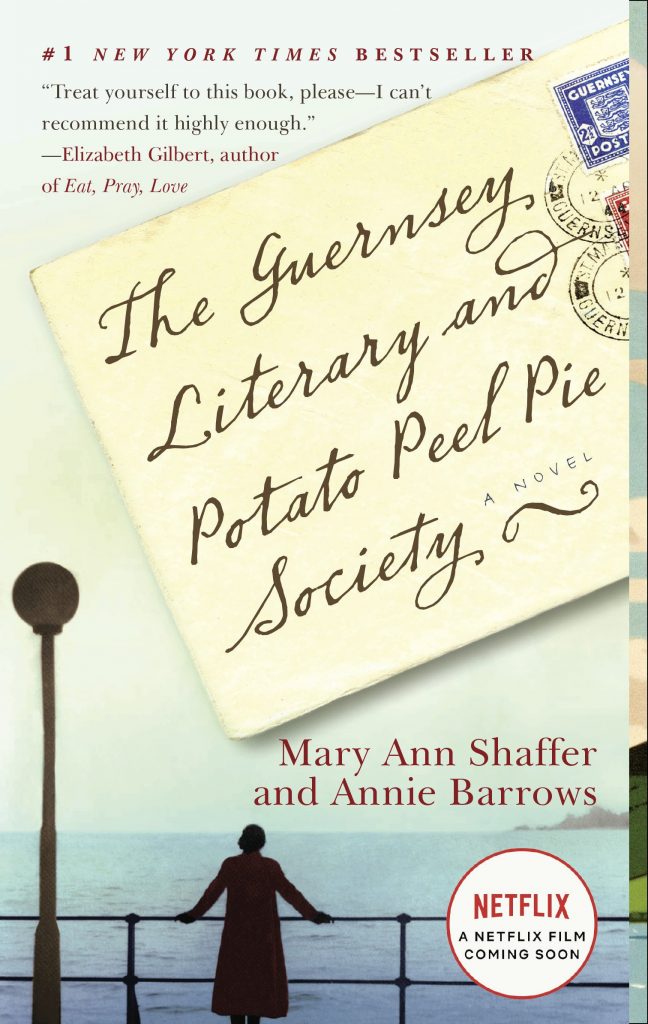 “I wonder how the book got to Guernsey? Perhaps there is some sort of secret homing instinct in books that brings them to their perfect readers.” January 1946: London is emerging from the shadow of the Second World War, and writer Juliet Ashton is looking for her next book subject. Who could imagine that she would find it in a letter from a man she’s never met, a native of the island of Guernsey, who has come across her name written inside a book by Charles Lamb…

As Juliet and her new correspondent exchange letters, Juliet is drawn into the world of this man and his friends—and what a wonderfully eccentric world it is. The Guernsey Literary and Potato Peel Pie Society—born as a spur-of-the-moment alibi when its members were discovered breaking curfew by the Germans occupying their island—boasts a charming, funny, deeply human cast of characters, from pig farmers to phrenologists, literature lovers all.

Juliet begins a remarkable correspondence with the society’s members, learning about their island, their taste in books, and the impact the recent German occupation has had on their lives. Captivated by their stories, she sets sail for Guernsey, and what she finds will change her forever.

Where the Crawdads Sing by Delia Owens For years, rumors of the “Marsh Girl” have haunted Barkley Cove, a quiet town on the North Carolina coast. So in late 1969, when handsome Chase Andrews is found dead, the locals immediately suspect Kya Clark, the so-called Marsh Girl. But Kya is not what they say. Sensitive and intelligent, she has survived for years alone in the marsh that she calls home, finding friends in the gulls and lessons in the sand. Then the time comes when she yearns to be touched and loved. When two young men from town become intrigued by her wild beauty, Kya opens herself to a new life–until the unthinkable happens. 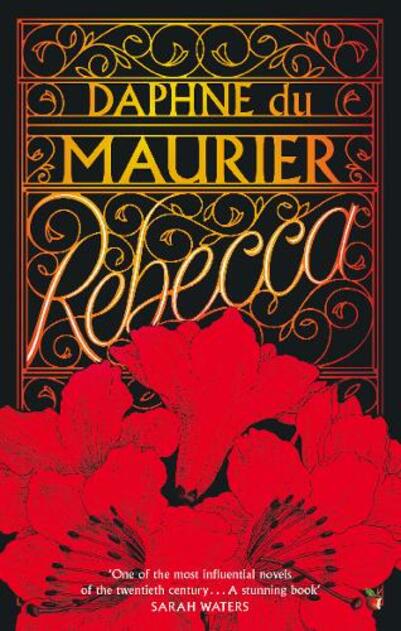 Bored and restless in London’s Restoration Court, Lady Dona escapes into the British countryside with her restlessness and thirst for adventure as her only guides.

Eventually Dona lands in remote Navron, looking for peace of mind in its solitary woods and hidden creeks. She finds the passion her spirit craves in the love of a daring French pirate who is being hunted by all of Cornwall.

Together, they embark upon a quest rife with danger and glory, one which bestows upon Dona the ultimate choice: sacrifice her lover to certain death or risk her own life to save him. 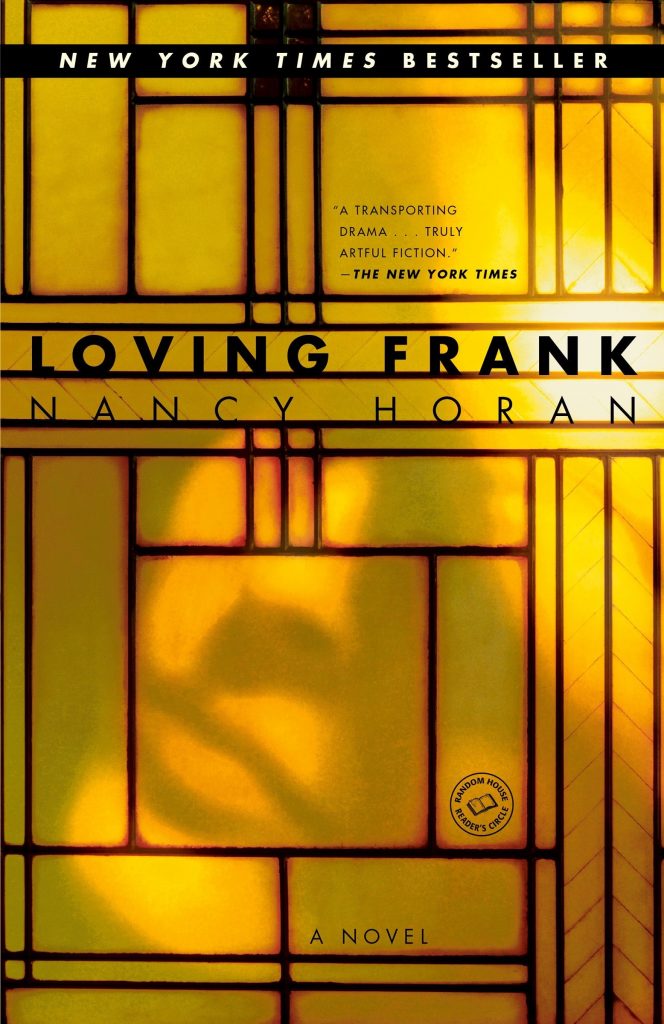 I have been standing on the side of life, watching it float by. I want to swim in the river. I want to feel the current.

So writes Mamah Borthwick Cheney in her diary as she struggles to justify her clandestine love affair with Frank Lloyd Wright. Four years earlier, in 1903, Mamah and her husband, Edwin, had commissioned the renowned architect to design a new home for them. During the construction of the house, a powerful attraction developed between Mamah and Frank, and in time the lovers, each married with children, embarked on a course that would shock Chicago society and forever change their lives.

In this ambitious debut novel, fact and fiction blend together brilliantly. While scholars have largely relegated Mamah to a footnote in the life of America’s greatest architect, author Nancy Horan gives full weight to their dramatic love story and illuminates Cheney’s profound influence on Wright.

Drawing on years of research, Horan weaves little-known facts into a compelling narrative, vividly portraying the conflicts and struggles of a woman forced to choose between the roles of mother, wife, lover, and intellectual. Horan’s Mamah is a woman seeking to find her own place, her own creative calling in the world. Mamah’s is an unforgettable journey marked by choices that reshape her notions of love and responsibility, leading inexorably ultimately lead to this novel’s stunning conclusion. 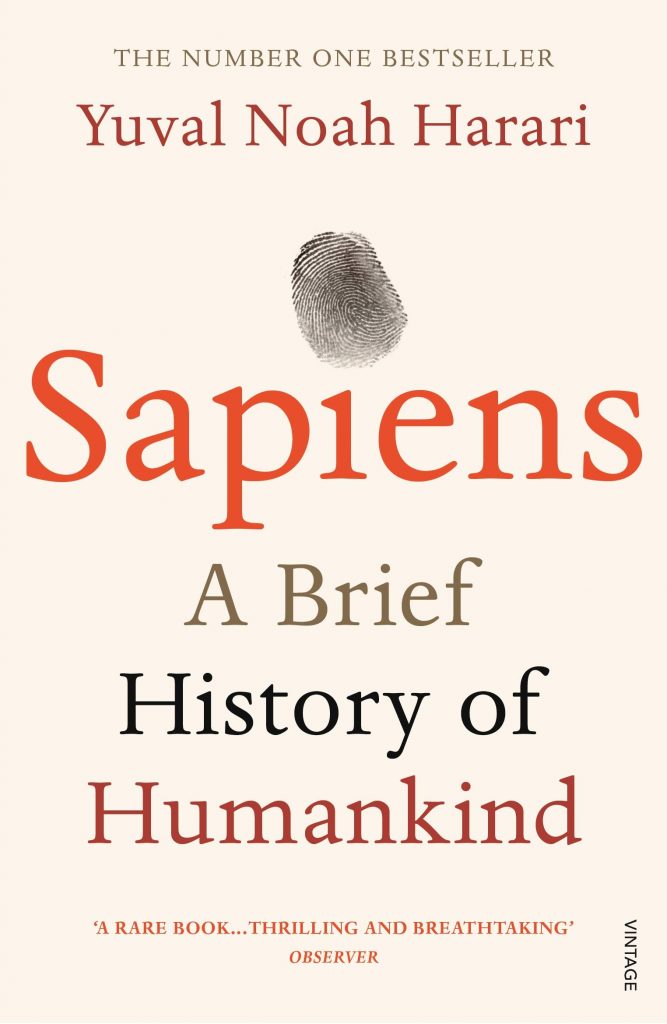 I have been standing on the side of life, watching it float by. I want to swim in the river. I want to feel the current.

So writes Mamah Borthwick Cheney in her diary as she struggles to justify her clandestine love affair with Frank Lloyd Wright. Four years earlier, in 1903, Mamah and her husband, Edwin, had commissioned the renowned architect to design a new home for them. During the construction of the house, a powerful attraction developed between Mamah and Frank, and in time the lovers, each married with children, embarked on a course that would shock Chicago society and forever change their lives.

Drawing on years of research, Horan weaves little-known facts into a compelling narrative, vividly portraying the conflicts and struggles of a woman forced to choose between the roles of mother, wife, lover, and intellectual. Horan’s Mamah is a woman seeking to find her own place, her own creative calling in the world. Mamah’s is an unforgettable journey marked by choices that reshape her notions of love and responsibility, leading inexorably ultimately lead to this novel’s stunning conclusion.

The Dutch House by Ann Patchett 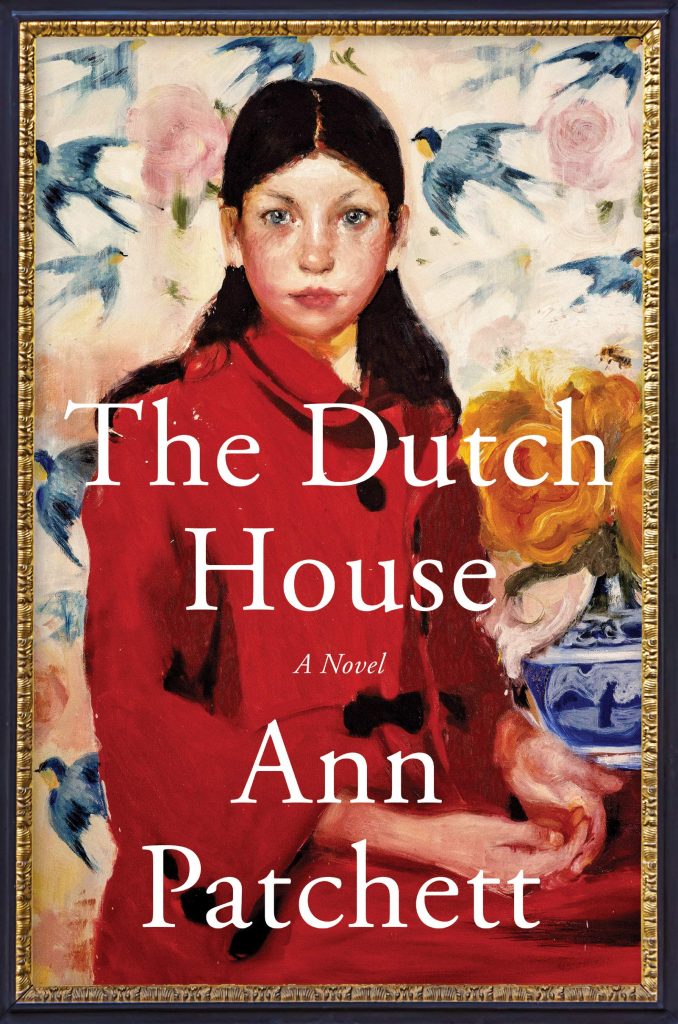 At the end of the Second World War, Cyril Conroy combines luck and a single canny investment to begin an enormous real estate empire, propelling his family from poverty to enormous wealth. His first order of business is to buy the Dutch House, a lavish estate in the suburbs outside of Philadelphia. Meant as a surprise for his wife, the house sets in motion the undoing of everyone he loves.

The story is told by Cyril’s son Danny, as he and his older sister, the brilliantly acerbic and self-assured Maeve, are exiled from the house where they grew up by their stepmother. The two wealthy siblings are thrown back into the poverty their parents had escaped from and find that all they have to count on is one another. It is this unshakable bond between them that both saves their lives and thwarts their futures. 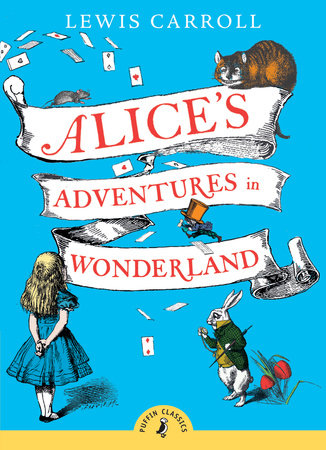 After a tumble down the rabbit hole, Alice finds herself far away from home in the absurd world of Wonderland. As mind-bending as it is delightful, Lewis Carroll’s 1865 novel is pure magic for young and old alike.

Kiss the Girls by James Patterson 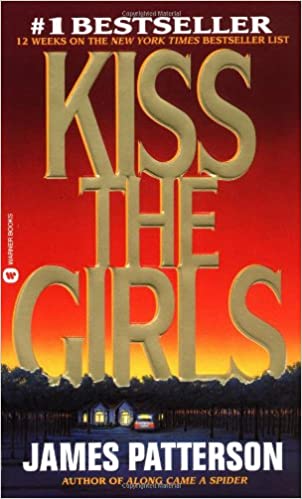 In Los Angeles, a reporter investigating a series of murders is killed. In Chapel Hill, North Carolina, a beautiful medical intern suddenly disappears. In Washington D.C. Alex Cross is back to solve the most baffling and terrifying murder case ever. Two clever pattern killers are collaborating, cooperating, competing – and they are working coast to coast.

Who Done It? by Jon Scieszka 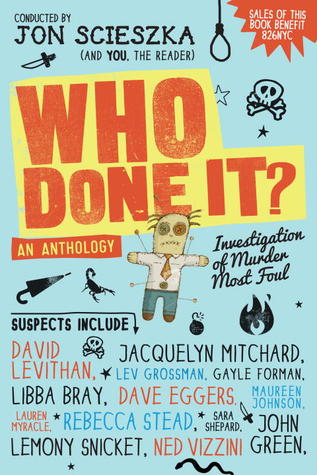 Can you imagine the most cantankerous book editor alive? Part Voldemort, part Cruella de Vil (if she were a dude), and worse in appearance and odor than a gluttonous farm pig? A man who makes no secret of his love of cheese or his disdain of unworthy authors? That man is Herman Mildew.

The anthology opens with an invitation to a party, care of this insufferable monster, where more than 80 of the most talented, bestselling and recognizable names in YA and children’s fiction learn that they are suspects in his murder. All must provide alibis in brief first-person entries. The problem is that all of them are liars, all of them are fabulists, and all have something to hide… 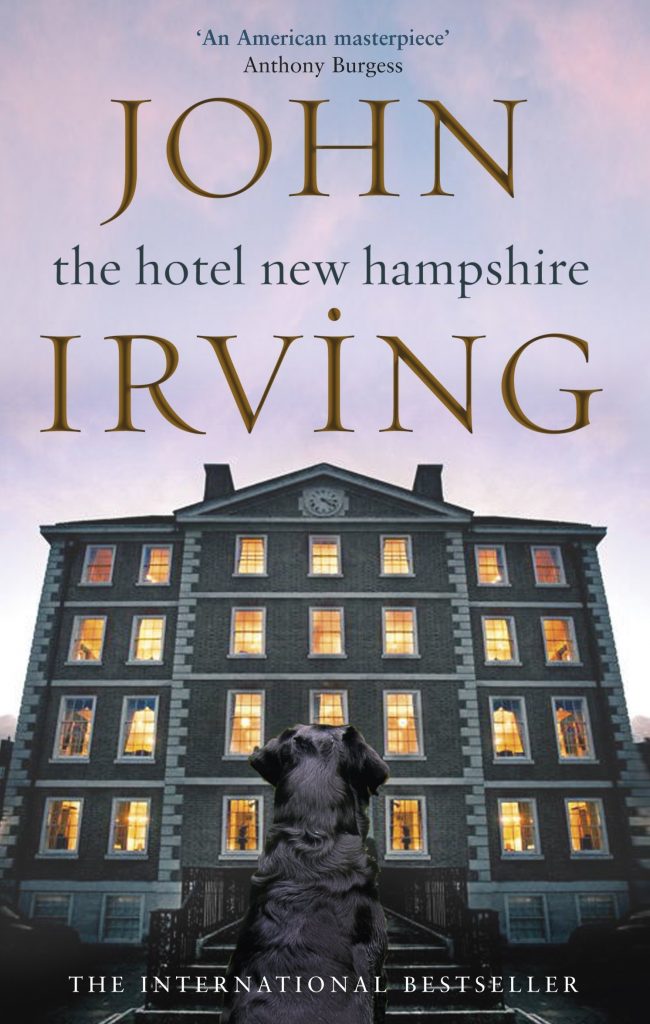 “The first of my father’s illusions was that bears could survive the life lived by human beings, and the second was that human beings could survive a life led in hotels.” So says John Berry, son of a hapless dreamer, brother to a cadre of eccentric siblings, and chronicler of the lives lived, the loves experienced, the deaths met, and the myriad strange and wonderful times encountered by the family Berry. Hoteliers, pet-bear owners, friends of Freud (the animal trainer and vaudevillian, that is), and playthings of mad fate, they “dream on” in a funny, sad, outrageous, and moving novel by the remarkable author of A Prayer for Owen Meany and Last Night in Twisted River.

The Four Agreements: A Practical Guide to Personal Freedom by Don Miguel Ruiz 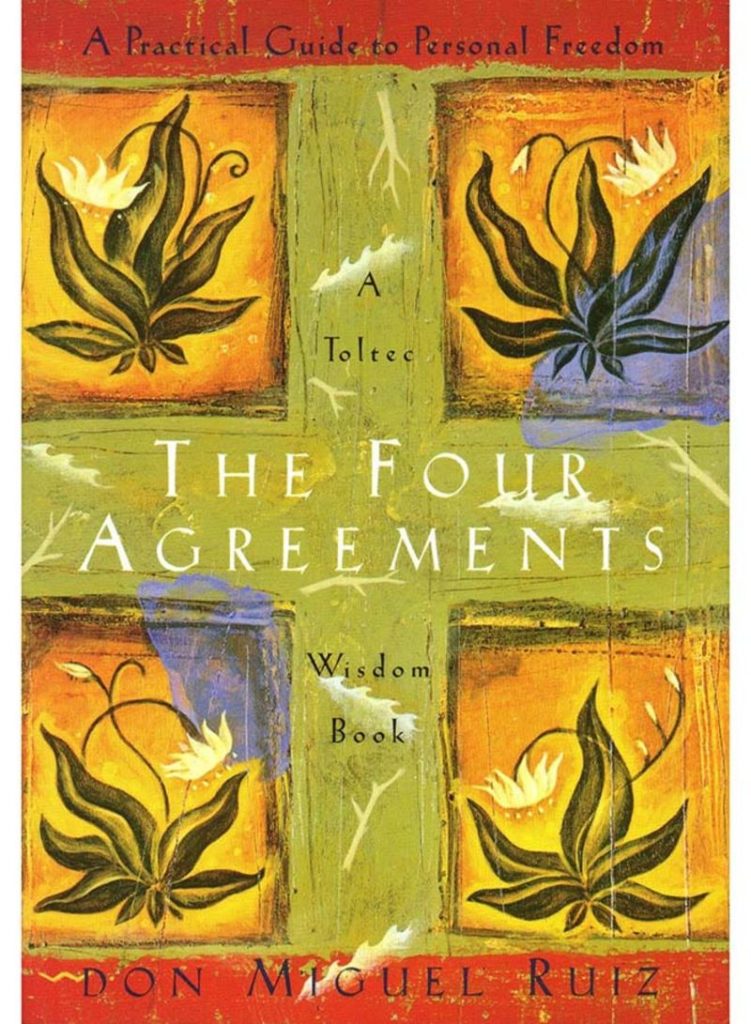 In The Four Agreements, don Miguel Ruiz reveals the source of self-limiting beliefs that rob us of joy and create needless suffering. Based on ancient Toltec wisdom, the Four Agreements offer a powerful code of conduct that can rapidly transform our lives to a new experience of freedom, true happiness, and love. The Four Agreements are: Be Impeccable With Your Word, Don’t Take Anything Personally, Don’t Make Assumptions, Always Do Your Best.

Have you read any of the books above? Tell us your opinion in the comment section below!