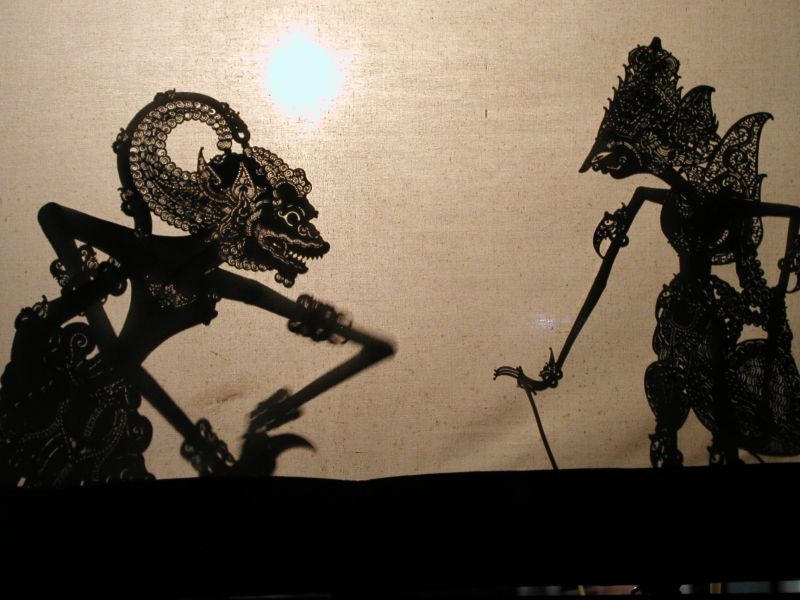 Wayang is an Indonesian word for theater or “shadow”. Wayang Kulit is a unique performing art utilizing light and shadow. The puppets are made from bison skin mounted on bamboo sticks. The puppets are intricately cutout in fine detail and the puppeteer or Dalang skillfully holds the puppets behind a stretched white fabric, while an electric knob or an oil light is the light source, shadows are thrown on the screen. 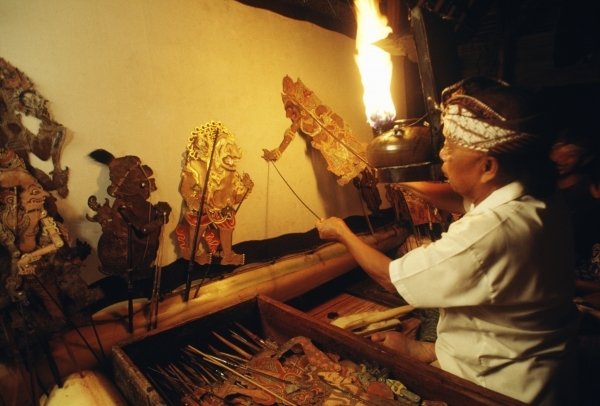 The origin of the puppets has been traced to Indonesia. The most popular puppet performances enact the epics of Ramayana and Mahabharata from India, although the story in Indonesia is very different.

Puppetry has been Indonesia the 10th century, and a manuscript Ramayana Kakawin in old Javanese, written during the reign of Hindus in Mataram (989-910) is proof.

Wayang developed to a high art form during the reign of the King of Kahuripan – Prabu Airlangga (976 – 1012). References to wayang in Airlangga’s era can be found in inscriptions of the Book of Arjunawiwaha, written by Empu Kanwa. Although this is a composition of Mahabharata from India, it is influenced by the philosophy of Javanese life.

Wayang evolved and developed very rapidly in early 16th century with the rise of Sultan Demak and his patronage on the wayang. One of the results was that the wayang puppet figures became very stylized and no longer resembled the human face and reflected the change in philophy and religion.  In Sunan Kalijaga, the philosophy of Islam was found in the wayang performances.

The wayang shadow puppet that we see today has experienced a long journey of evolution, which continues to renew this art form. Wayang Puppet is a unique genre of entertainment and moral education which continues to thrive amidst the Indonesian art culture. 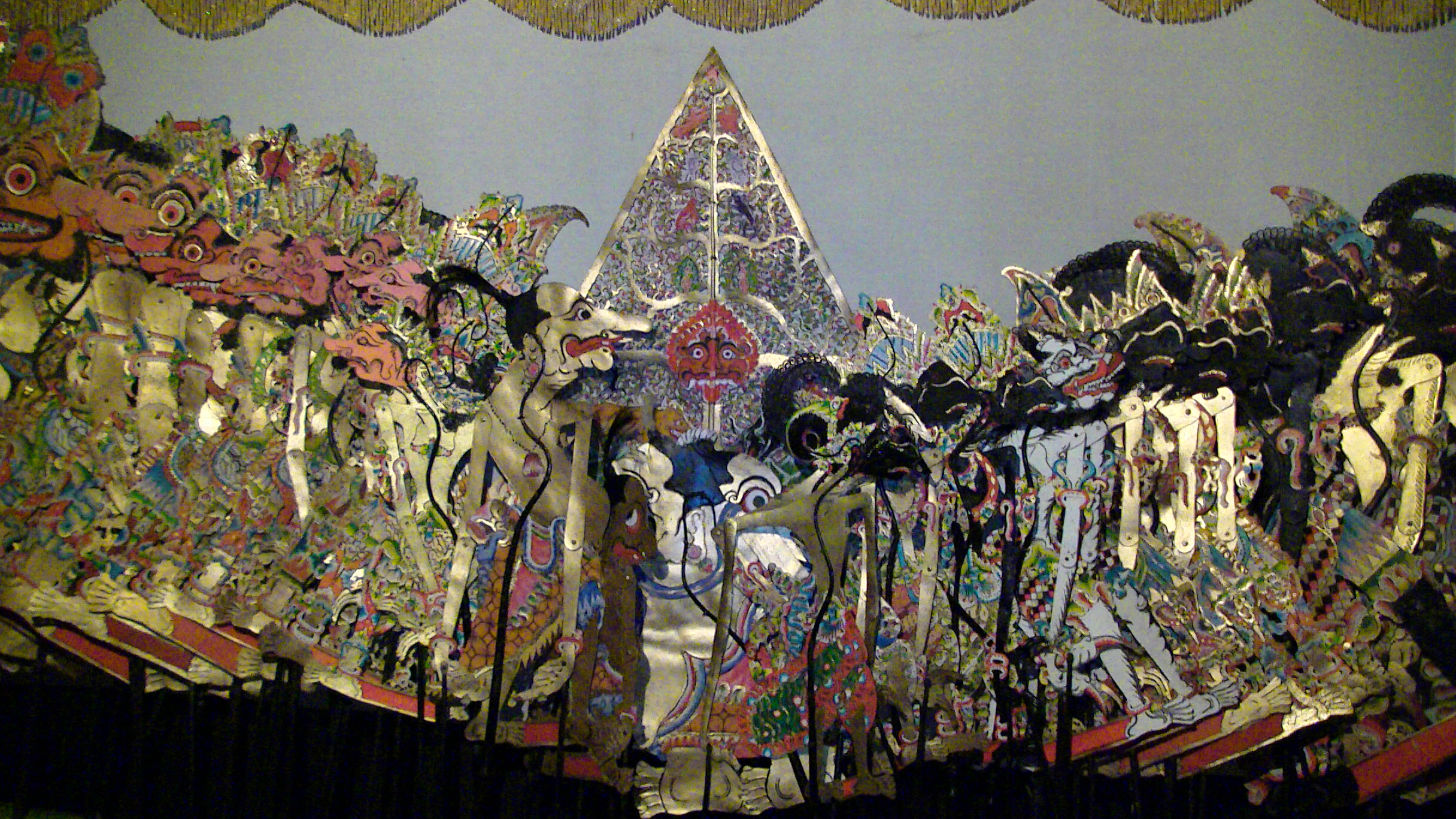