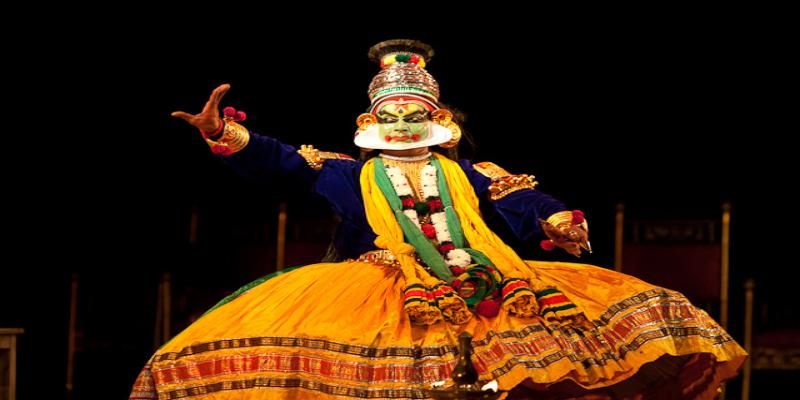 Andhra Pradesh is associated with the divine dance form – Kuchipudi. It is famous for its grace, elegance and charm. It was Abdul Tana Shah, the grand nephew of Sultan Mohammed Quli Qutb Shah of the Qutb Shahi dynasty, who bestowed the name of “Kuchipudi” upon this renowned dance form of Andhra Pradesh.

The story dates back to the reign of Tana Shah, an ardent lover of the arts. It was on one of his visits to Kuchipudi, a small village in Krishna district, that the king realised that it was imperative to provide water for the villagers. He ordered a well to be dug. Overwhelmed by his majesty’s kindness, the villagers expressed their gratitude for his generous gesture with a performance of this native dance. Thus the name of this village was conferred upon this dance form by Tana Shah as a token of his appreciation. Since then Kuchipudi has been known.

Kuchipudi is a perfect balance between three aspects- Nritta, Nritya and Natya, each being equivalent in nature. The Nritta is a rhythmic sequence that concludes a song or a verse; the Nritya or sabdams in which the rhythmic passages are followed by interpretations alternately; Natya is a complete dance drama with a story-line and various characters.

The use of laya (rhythm), thandava (foot steps and rhythm) and abhinaya (expression) is common with the Kuchipudi artist. But Kuchipudi is characteristic for its abhinaya or expressions. Angika, vachika, satuka and ahaarya are the four types of abhinaya or actions.

A very charming form of abhinaya is the satvikabhinaya which includes three steps. It begins with facial expressions and eye movements, followed by hand gestures and eventually movements of the entire body.

Kuchipudi, the dainty dance form of Andhra Pradesh is profoundly aesthetic and the experience of watching it live is most exhilarating and cannot be expressed in words !!

Kuchipudi is the classical style of dance of Andhra Pradesh. It took its birth in the village of the same name, originally called Kuchelapuri or Kuchelapuram. It was the result of the Bhakti Movement in the 6th Century, in South India. From its origin, as far back in the 3rd century BC, it has remained a continuous and living dance tradition of this region. The genesis of Kuchipudi art as of most Indian classical dances is associated with religions. For a long time, the art was presented only at temples and that too only for annual festivals of certain temples in Andhra Pradesh.

According to tradition, Kuchipudi dance was originally performed only by men and they all belonged to the Brahmin community. The very first group of Brahmain community of Kuchipudi was formed in 1502 AD. Their performers were offerings to the deities and they never allowed women in their groups.

In an era of the degeneration of dance due to exploitation of female dancers. Fifteen Brahmin families belonging to Kuchipudi have carried on the tradition for more than five centuries. Renowned gurus enriched the dance form by bringing women.

Kuchipudi art was intended as a dance drama requiring a set of character, never as a mere dance by a soloist which is common in present times. This dance drama is sometimes known as Ata Bhagavatham. The plays are in Telugu, and traditionally all roles are taken by men alone.

The most popular Kuchipudi dance is the pot dance in which a dancer keeps a pot filled with water on her head and feet kept on a brass plate. She moves on the stage manipulating the brass plate, with the feet kept on its rim and doing some hand movements without spilling a drop of water on the ground. The violin and a clarinet are the common instruments employed as accompaniment.

Today Kuchipudi like Bharatanatyam has undergone many changes. The present day dancers having advanced training in Kuchipudi style, present this art in their own various individual ways. The bulk of the dancers are woman. In its present day, Kuchipudi has come to be reduced from a dance drama to a dance, from an uplifting theatre experience to a routine stage affair.

Indian classical dance was nurtured in the peaceful environment of the temple. Dance became a mode of communication of the soul with the absolute. Rituals were codified, disciplined and classified. Natya Shastra of Bharata became the science and art of Indian Classical Dance. 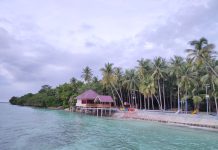 Unique Facts about Ondel-ondel in Jakarta