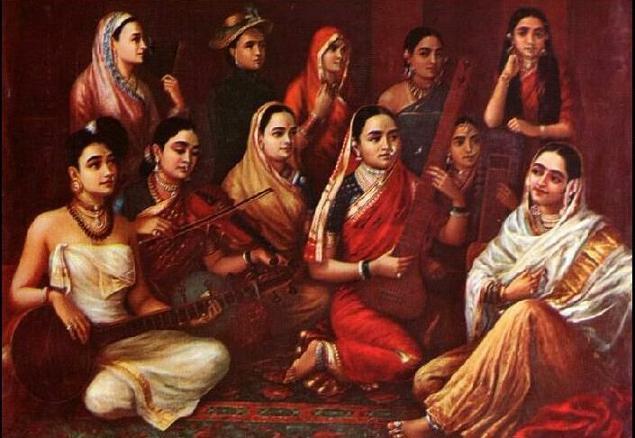 The sari (or saree) is a long strip of cloth, usually five to nine yards, wrapped around a woman’s waist and over her shoulder, and worn over a cropped, short-sleeved blouse and a petticoat skirt. There are many ways to wrap a sari, depending on region, social class, and personal style. The word sari is a corrupted version of the Sanskrit “sati” meaning strip of cloth. The word “sattika” was also used to describe women’s attire in ancient Buddhist Jain literature, called the Jatakas.

Every sari has a design theme. The main part of the sari usually has a decorative border on three sides: on the two longitudinal sides, and then on the end piece (the pallav/pallu that goes over the shoulder) which builds on the two border designs in a sort of amplification or “climax” of the design.

The patterns on a sari often have symbolic significance. For example, paisley symbolizes fertility, elephants for water and royalty, rudraksha (a seed from a tree grown in the Himalayas) for the eyes of Lord Shiva, and fish as a symbol for abundance. 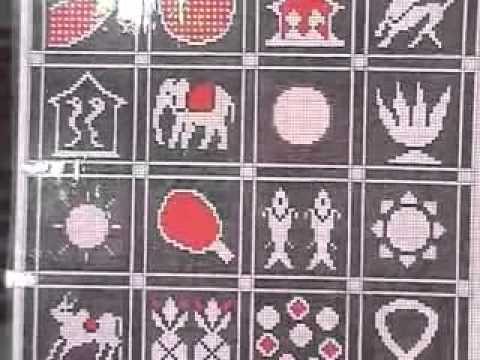 The sari highlights the traditional Indian concept of a beautiful body type: a slim waist with large bust and hips, which is perfectly highlighted by the style of the sari. The midriff is left bare because it is believed to be the source of life and creativity; the Hindu thesis of creation states that when the cycle began, Lord Brahma, the creator, was born from a lotus flower which came out of the navel of Lord Vishnu.

There are a multitude of ways to wrap a sari, but the most popular form in contemporary India is the nivi-style drape with a long line of pleats at the front of the waist.

The sari was first mentioned in the Vedas (Rig Veda), the oldest Hindu text dating back to 3000 B.C., although it is possible that in their original form, they were worn even earlier in the Indus Valley Civilization. Statues from between the 1stand 6th century A.D. depict female priests in a sari wrapped in the ancient style, draped in a way that created a trouser-like form (called an Odissi Fishtail), which allowed for free-flowing and easy movement, which was especially important for dancing.

Sari-like garments are also mentioned in the Mahabharata, Silappadhikaram, Kadambari, and the Natya Shastra, an ancient treatise describing dance and costumes. In the Mahabharata, the sari appears in the story of Draupadi, where Lord Krishna saves her dignity when the King’s noble men try to strip her of her sari, and he transforms it into an endless cloth and her honor is saved.

The sari was originally just a strip of cloth wrapped around the body, as Hindus believed that stitched clothing was impure. A blouse (choli) and petticoat are worn now, but its origins are unclear – perhaps it had to do with the arrival of the British or the Muslims, and their concepts of modesty. In ancient times, the upper body may have been left bare, or just covered by a breast band.

The dhoti, which is traditional attire for men, is believed to be the forerunner of the sari, which was worn by both men and women until the 14th century.

There are 100 sari draping styles known. With a tradition of 5000 years the sari is the oldest fashion trend which is still very current.