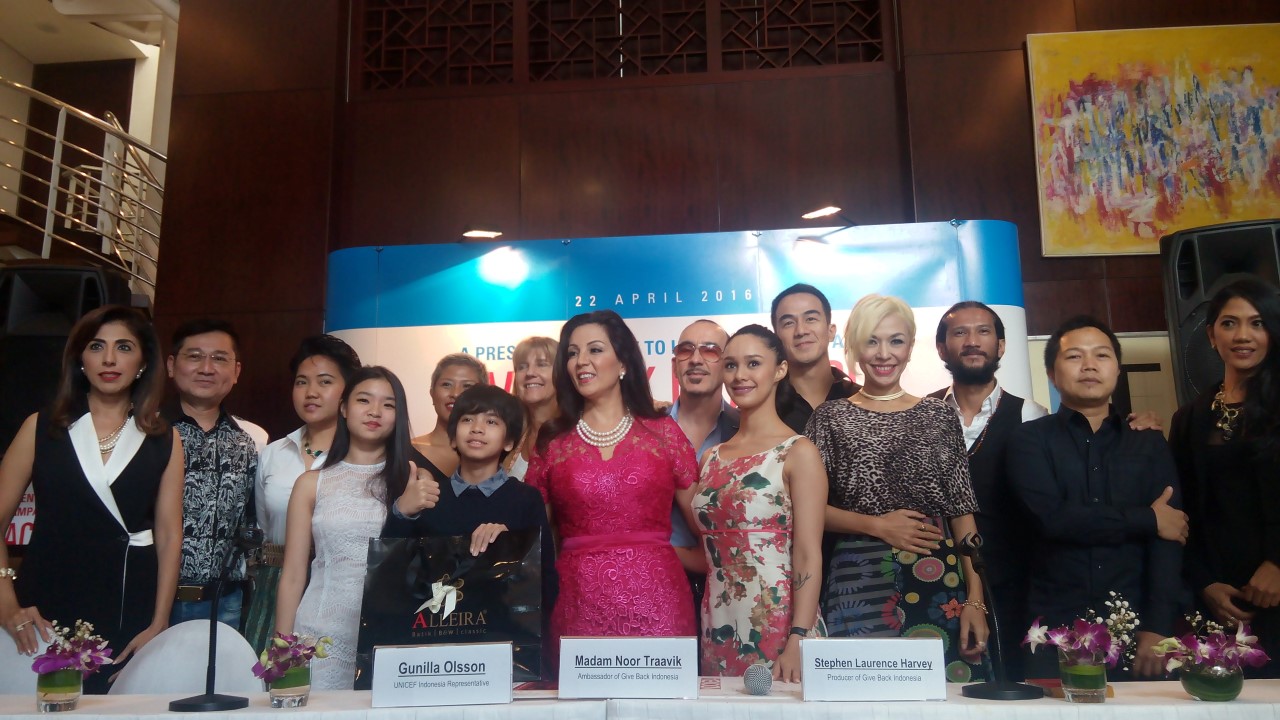 UNICEF Indonesia, along with a number of local musicians and celebrities has embarked on a musical campaign to help improve children’s welfare. The music video, titled “Give Back”, aims to make people contribute in giving a better life for Indonesian children.

“The campaign reminds people that everyone can contribute to lift children’s life and give them the chance to grow healthily and protected by the nation,” said the UNICEF Indonesia representative Gunilla Olsson in the press conference at Shangrilla Residence, Jakarta, Friday (22/4).

According to Gunilla, the song has very important message. “The song has a strong message about hopes and giving back. All of us can contribute in anything. Through singing, acting, even tweeting motivation for people to help giving a better life for children in Indonesia,” she added.

The video comes with a link to the UNICEF donation page to encourage people, businesses and the private sector to donate money and help Indonesian children. The “Give Back” campaign will also be launched in other countries, including Singapore.

Check the Give Back Indonesia video below: