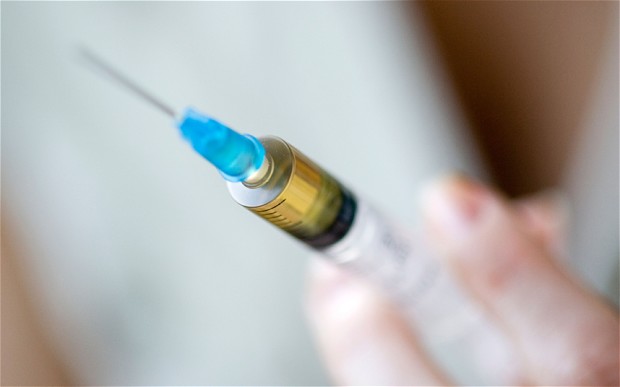 medhe BCG vaccine protects against Tuberculosis (TB). The bacterium that causes TB is spread in infected droplets when the infected person coughs or sneezes. It is only spread after close and prolonged contact with an infectious person e.g. sharing a house, in schools or prisons. It usually affects the lungs, causing a cough, tiredness, night sweats, weight loss, loss of appetite and, later in the disease, coughing up blood. Other parts of the body, including the bones, joints, kidney and lymph glands may also be infected. Without treatment TB is a slowly progressive disease. Some people may get an initial infection but without becoming ill. In these cases the tuberculosis bacteria remain dormant in the body. These individuals can develop TB later in life when old age or another event weakens their immunity. This is termed reactivation.

The BCG vaccine has been in use since the 1950s and is considered to be very safe. Different Health Boards have different policies regarding the timing of BCG vaccination. Some areas vaccinate babies a few days after birth;others only vaccinate high risk groups e.g. children who live in households where a member of the family has TB. Immunity lasts for about 15 years. A second BCG is usually given at 10 – 14 years. Children are checked to see if they are still immune to TB before receiving the second dose. The test used most commonly to determine immunity is the Mantoux test, which involves injecting a small amount of tuberculin protein into the skin and checking for a reaction 48 hours later.
There are few side effects to the BCG. Some children feel a bit dizzy after the injection. A few children develop a transient allergic reaction. Very, very rarely a recipient of the vaccine has an anaphalactic shock. Another rare side effect is formation of a raised scar at the site of injection.

This vaccine gives protection against Diphtheria, Tetanus and Pertussis (more commonly known as whopping cough). DTaP is given to children at 2, 4 and 6 months of age and again at age 4 – 5. The vaccine causes discomfort or local swelling and redness in 50 percent of children. Thirty percent develop mild fever. Such symptoms are common, however, and will resolve in a couple of days. 1 in 1,000 000 children will develop encephalitis (inflammation of the brain), however there is no clear supportive evidence that this is a result of the vaccination.

Diphtheria is a highly infectious life-threatening disease. It is spread by coughing, sneezing and touch. Whilst it has almost been eliminated in some parts of the world, there are still sporadic outbreaks, highlighting the need for continuing immunisation.
The following serious conditions may result following infection:

Tetanus is caused by the toxin of the bacterium Clostridium tetani, which is present in soil and animal/human faeces. It enters the body through an open wound, which can be anything from a small scratch to a deep gash from a major accident.
It may be up to three weeks before any signs of infection appear. Symptoms include exaggerated reflexes, uncontrolled muscle spasms, and muscle rigidity as seen in ‘lockjaw’. This can spread to the diaphragm and cause respiratory failure, and death. Approximately 1 out of every 3-4 people who develop tetanus do not survive; the risk is greater in small children and the elderly, which is why it is so important to have your child immunised.

Pertussis, better known as Whooping Cough, is a severe disease of childhood. The bacterium that causes whopping cough is spread by cough and nasal droplets. A child suffering from whooping cough will initially have the same initial symptoms as a normal flu or cold. However, they will subsequently develop a severe sore throat and a characteristic dry cough, with a distinctive ‘whoop’ sound. Complications include pneumonia (9-10%) and brain damage. One in 200 patients under the age of six months will die from these two conditions.

The Hib vaccine is regarded as one of the safest vaccines. It protects against infections caused by Haemophilus influenza type b (Hib) and is given to children at 2, 4 and 6 months. Despite it’s name this bacteria does not cause the flu. It causes invasive life-threatening disease, including epiglottitis (an infection of the upper airways that can obstruct breathing), pneumonia, septicaemia (blood poisoning) and meningitis (inflammation of the membranes covering the brain and spinal cord). This can lead to brain damage and death. Prior to the introduction of the Hib vaccine in 1992, Hib accounted for 1 in 3 of all cases of meningitis. There was a high incidence of infection in young children, with 1 in 600 children under 5 years affected. Meningitis occurred in 60 percent of cases and this had a 3-4 percent mortality rate.
Up to one third of those who survived Hib meningitis had serious sequelae e.g. deafness, seizures, and brain damage. The side effects of this vaccine are minor. Up to 10 percent of children experience swelling and redness at the site of injection but this usually resolves within 24 hours. 1 in 50 develop a fever, which responds to paracetamol.

The polio vaccine is given by injection at 2, 4 and 6 months and again at age 4 – 5. It protects against poliomyelitis, caused by poliovirus. Poliovirus is mainly spread in faeces. In most children, the Poliovirus produces a mild illness with fever, sore throat, headache and vomiting. Some people are left with varying degrees of paralysis due to nerve damage. In the majority of cases, however, the patient makes a full recovery over time.

Polio has almost completely disappeared since the introduction of vaccines in 1950s. However, it is still prevalent in developing countries, and can again become a problem in the developed world if high immunisation rates are not maintained. Side effects of vaccination may include diarrhoea, headache and/or muscle pain.

The MMR vaccine gives protection against measles, mumps and rubella. Parents are advised to immunise their children against these diseases at 15 monthsÂ  of age and again at 4 – 5 years. Following vaccination, some children may develop a rash, some may also develop a fever 7-12 days later. A few children have discomfort, local swelling and redness at the injection site. Measles Measles is a highly contagious virus. Recently, due to low immunisation rates, the incidence of measles has increased substantially. It is spread by nasal droplets and coughing. The virus has an incubation period of 1-2 weeks after which the infection causes fever, sore throat, cough, runny nose and itchy eyes. The most common sign of measles is the red rash that starts on the face and spreads to the rest of the body. Children with measles can develop pneumonia (6 children per 100 cases) and/or encephalitis (brain inflammation) (1 in 2,000), both of which are potentially fatal. For every 10 children who develop encephalitis, 1 will die and up to 4 will have permanent brain damage. Furthermore, 1-2 in 200,000 children develops brain degeneration (SSPE: subacute sclerosing panencephalitis) some 5 -10 years after the measles, which is always fatal.

Mumps is a viral illness primarily affecting children, yet it is not uncommon in adults. It is usually contracted and spread rapidly in areas of crowding such as pre-schools, schools and crowded adult centers such as prisons. After an incubation period of 16 – 18 days, there is a painful swelling at the back of thejaw (parotid gland), fever, and headache. The acute illness subsides over 3 – 4 days. Salivary gland swelling may persist for 7 – 10 days. Ten percent of people infected with the virus will develop meningitis, which resolves in 3-10 days. Two in 100, 000 people will develop encephalitis (brain inflammation). Another complication of mumps is deafness. Vaccination has reduced the incidence of mumps infection by over 90 percent. Serious side effects are are.

Rubella is a viral disease. The infection is usually a mild disease of littleclinicalsignificance unless it occurs in the early months of pregnancy, when it may harm the developing foetus, causing abnormalities such as include small brain size, mental retardation, cataract, small eyes, hearing defect, heart problems, enlarged liver and spleen, anaemia, low birth weight and increased foetal mortality. The incubation period is 14 – 21 days. The red maculopapular (flat area with a raised centre) rash is the most prominent feature of infection. Symptoms may include mild sore throat, cough, rash, lymphadenopathy (local swelling of the lymph nodes) and joint pain. 1 in 5,000 will develop encephalitis.

This vaccine is given at 2, 4 and 6 months and again at age 4 – 5. It protects against meningococcal meningitis, a bacterial infection. The infection is spread mainly by coughing and sneezing. Children under one year old are at highest risk of contracting the disease, followed by 1 – 5 year olds.
The meningococcus virus causes two very serious conditions: meningitis (infection of the membranes covering the brain and spinal cord) and septicaemia (blood poisoning) both of which have a high mortality rate. In the early stages of diseases symptoms include: vomiting, fever, severe headache, joint pains and a stiff neck. Infants may present with different symptoms e.g. high pitched cry and poor feeding. Later, the child may develop photophobia (dislike of bright lights), drowsiness and coma. The development of the meningococcal rash, consisting of red or purple spots that do not fade under pressure, indicates septicaemia. Immediate treatment with intravenous (into the vein) antibiotics is essential. Overall, 1 in 10 children who develop meningococcal disease will die. Those who do survive may have long term effects such as skin scars, hearing loss, seizures, limb amputations and brain damage.

Dealing with Side Effects of Vaccines

One of the most worrying immunisation issues for parents is the reported side effects of vaccines. Many parents are concerned as to whether the risks ofimmunisation really do outweigh the risks and complications of the diseases they are supposed to protect against. Today vaccines have been shown to be very safe. They benefit both the child and the community. Common side effects of vaccination may include:

General treatment of these possible side effects includes:

If the side effects are severe or persistent or if you are worried about
your child, contact your doctor or the hospital.