Home Culture Vesak or Budh Purnima – From Darkness to Light

Buddha Purnima, a Buddhist festival, marks Gautama Buddha’s birth, enlightenment and death. He is thought to have been born in 623 B.C, so this year is his 2,643 birth anniversary.

Siddhartha Gautama, was born in a royal family as a prince, once spotted a diseased man, an old man, and a corpse during a journey out of his palace. This disturbed him deeply. Upon asking, his charioteer replied that such is the fate of every man, and no amount of material comforts could help one avoid the miseries of life and old age. It was at that instant, Prince Siddartha pledged to leave all his princely comforts behind strive for moksha. He headed towards the forest to lead a life of an ascetic.

Buddha attained Supreme Enlightenment beneath the Bodhi-tree at Boddha Gaya. Forty-five years later at the age of eighty, he finally passed away in Parinirvana on the same day of the year at Kushinagar.

According to the Vedic literature, Lord Buddha is an incarnation of Lord Krishna (Vishnu) and thus, he appeared on this earth to teach the message of mercy and non-violence towards all living beings.

Buddha was an influential spiritual teacher during and after his lifetime. He delivered his first sermon at Sarnath. Many Buddhists see him as the Supreme Buddha. Festivals to honor Buddha were held for many centuries. The decision to celebrate Vesak as the Buddha’s birthday was formalized at the first conference of the World Fellowship of Buddhists. This conference was held in Colombo, Sri Lanka, in May, 1950. The date was fixed as the day of the full moon in May.

Devotees celebrate the occasion of Buddha Purnima by discussing and learning the life and teachings of Gautam Buddha. Following their traditions, Buddhists also come together to chant mantras, meditate, offer prayers at temples and donate alms to the needy.

This year, the auspicious day of Buddha Purnima is observed on May 19, 2019. 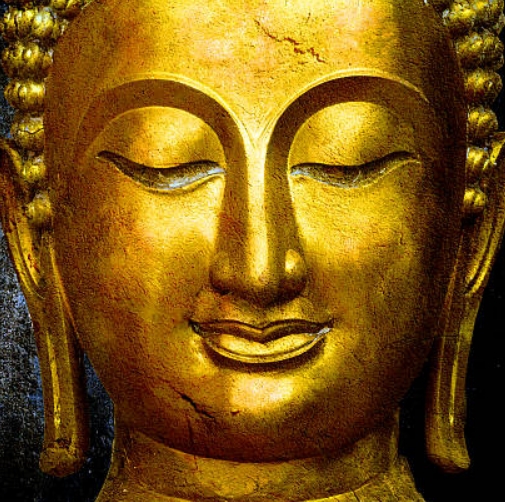 This Mantra all about beginning the process of surrendering to the higher self. To know that there is some bigger, higher force or energy that is in play, and we all have access to that energy. And how can we access that force that energy? By surrendering, by taking refuge into that higher self, by becoming one with that, by becoming part of that force, that energy. And that journey starts with taking refuge in Buddha Dhamma Sangha – Buddham Saranam Gacchami

Buddha means the one who takes us from Darkness to Light, towards wisdom. Towards higher consciousness towards mindfulness. Dhamma is ‘Here – and – Now’,  Sangha Means community, community where people support, help each other in the meditation practice.