Home Living in Indonesia Bali Visiting Creepy Places in Bali? Why Not!

Are you a quirky traveler who loves to explore bizarre, extraordinary places?

If yes, Bali is one of your must-go destinations.

This island does not only offer exotic beaches and the real hospitality of Indonesia, but also unusual sites that will worth the visit. These sites are eerie, strange, mysterious, and at the same time give you more understanding about the culture itself.

These sites spread out across Bali; some are locates at the remote central highlands to the offshore island of Lembongan. Let’s break away from all the luxury you get at the hotel, and now it’s the time to give your adventurous soul a ‘pamper’! 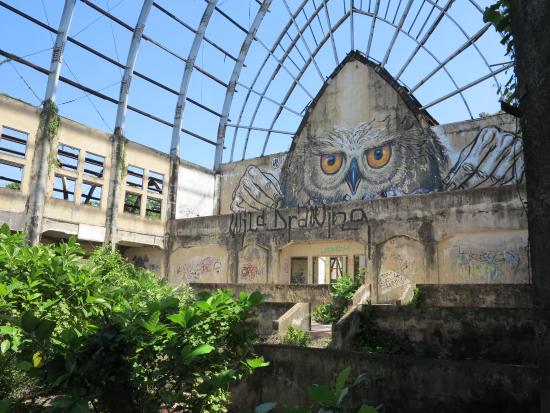 Sanur has a creepy ‘ghost town’ on Padanggalak Beach, a remote coast away from the main Sanur hub. This is the vast remains of theme park Taman Festival Bali, which closed down shortly after its establishment in 1997 due to some reasons. The deserted main entrance gates, ticket booths, abandoned café, and ruined main buildings with some collapsed roofs give a creepy sensation even in daylight. The locals believe that this kind of abandoned place is ‘taken away’ by lost spirits. 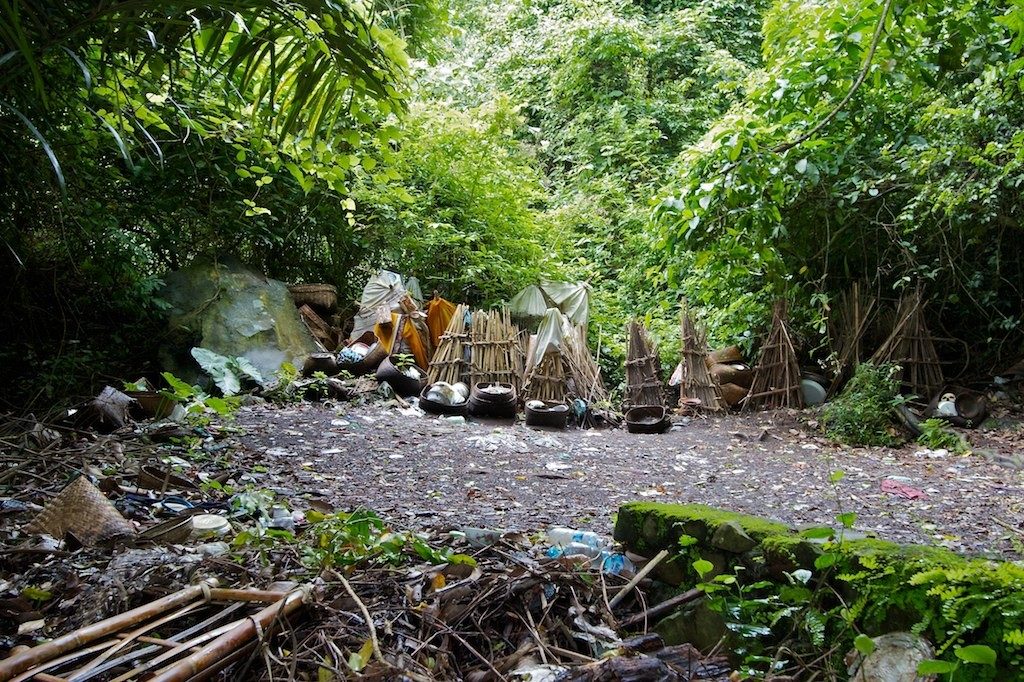 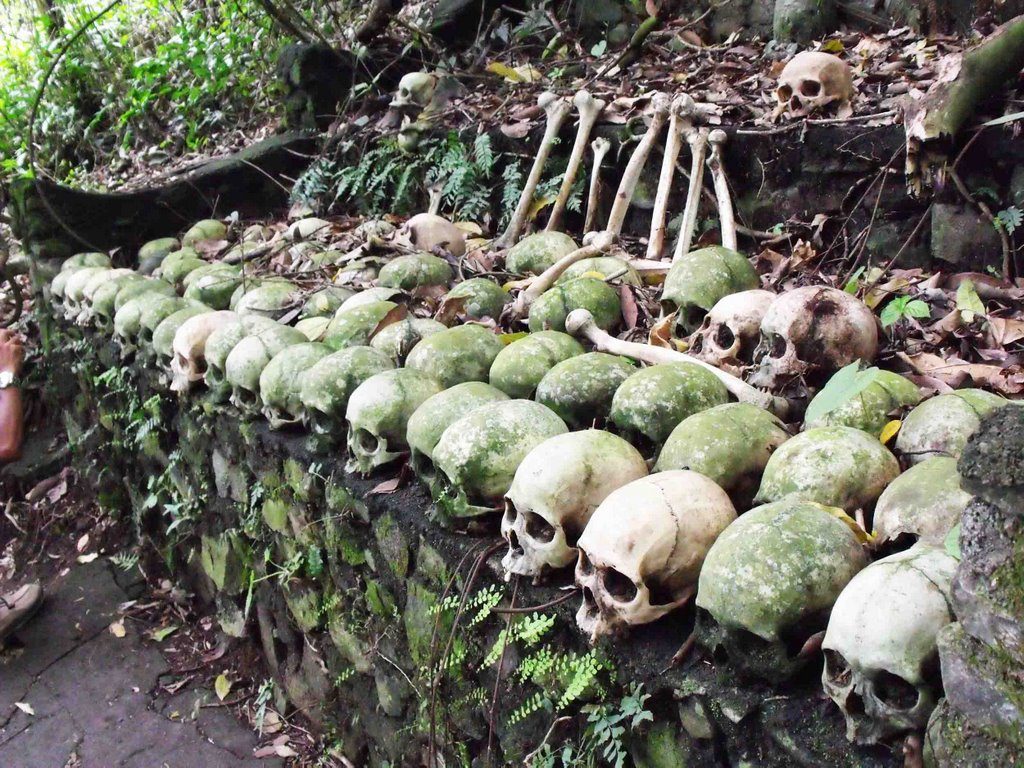 The mountain village of Trunyan can be found at the foot of Abang Mountain, at a remote and isolated location on the eastern shore of Lake Batur. The Trunyanese are often referred to as Bali Aga (mountain Balinese), which refers to a conservative, pre-Hindu way of life with Neolithic, ancient customs and avoidance of outside influences. One of the interesting things of Trunyanese is the funeral rite. Contrary to elsewhere in Hindu Bali, the Trunyanese people do not cremate their dead. They have a ritual of cleansing the dead body with rain water, and then place it in a bamboo cage under the taru menyan tree until the forces of nature (the wind in particular) has dissolved the body tissues so only the skeleton remains. Although the corpses aren’t buried or cremated, there are no odors from the decomposing bodies. Skulls and bones are the scene here, definitely not for the weak-hearted type. 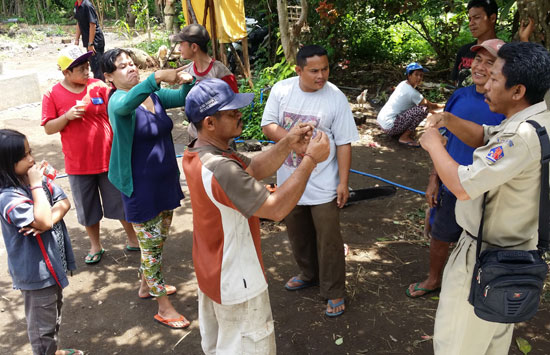 Benkala is a village in the district of Kubutambahan, Buleleng, Bali. It is known as the ‘village of the dead’, due to more than two percent of its population are congenitally deaf. ‘Kata Kolok’ is the unique, rural sign language that is used in the village. The sign language is unrelated to spoken Balinese, Indonesian sign language, and even international sign language. Deaf people in the village express themselves using special cultural forms such as deaf dance and martial arts, making Bengkala village is one of the unique sites in Bali. 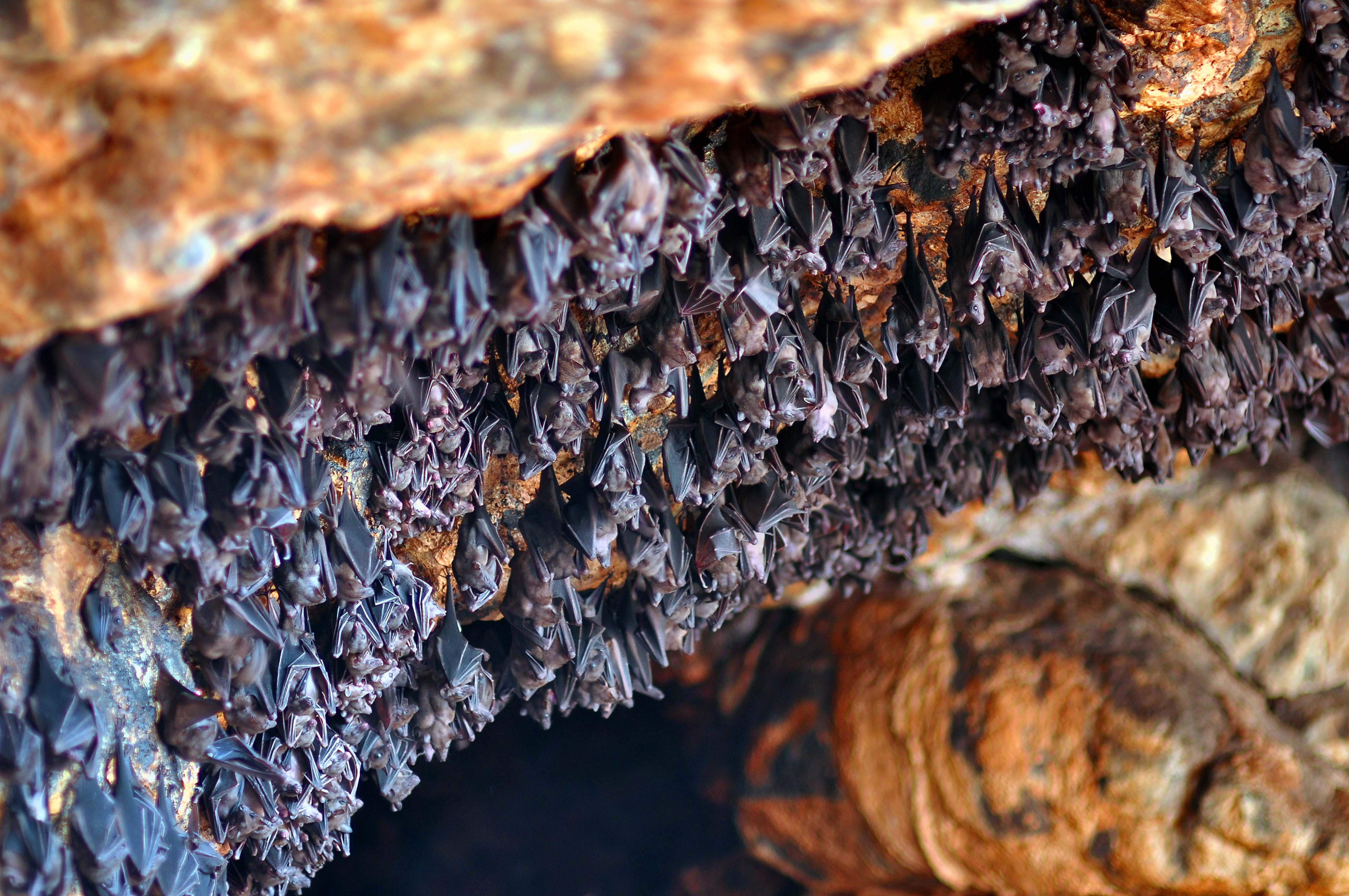 Goa Lawah is one of Bali’s most important temples. It features a complex built around a cave opening that is inhabited by hordes of bats, and its name translates to ‘Bat Cave’ (Lawah = bat; Goa = cave). The best time to visit Goa Lawah is during dusk, when the hordes of nectar bats swarm the skies over the temple as they feast on airborne insect. Another interesting thing is about the mystery of a secret cave passage through the Besakih Temple, some 25 kilometers northeast at the foot of Mount Agung, that is yet to be solved. 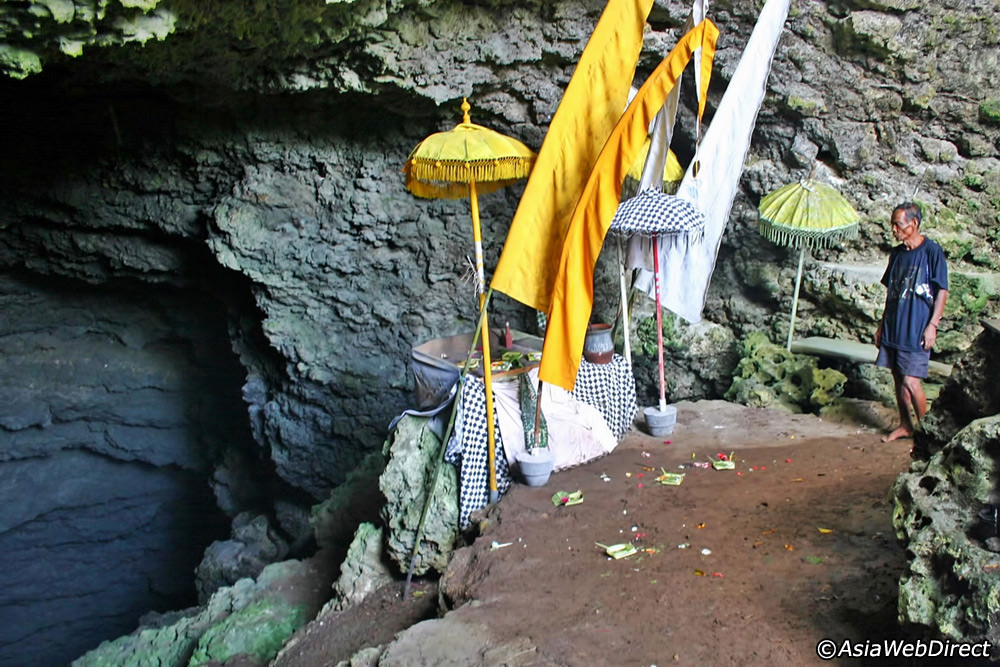 Literally translated as ‘Dark Cave’, Goa Peteng is located near Ayana Resort and Spa. The cave lies inside a limestone sinkhole and is located on Pak Ketjuh family’s farming field. It is exciting to discover Goa Peteng: the banyan tree decorated with sunny beams hide 150 meters of impressive darkness built of eternal stalactites and stalagmites. If you can stand the smell of guano and can endure the approximate 15-minute descent, you’ll reach the freshwater pool at its base. The legend said that on a full moon, a narrow passage opens as the water level lowers revealing a causeway that leads into an ‘ancient chapel’.