Home Contributors A Taste of India 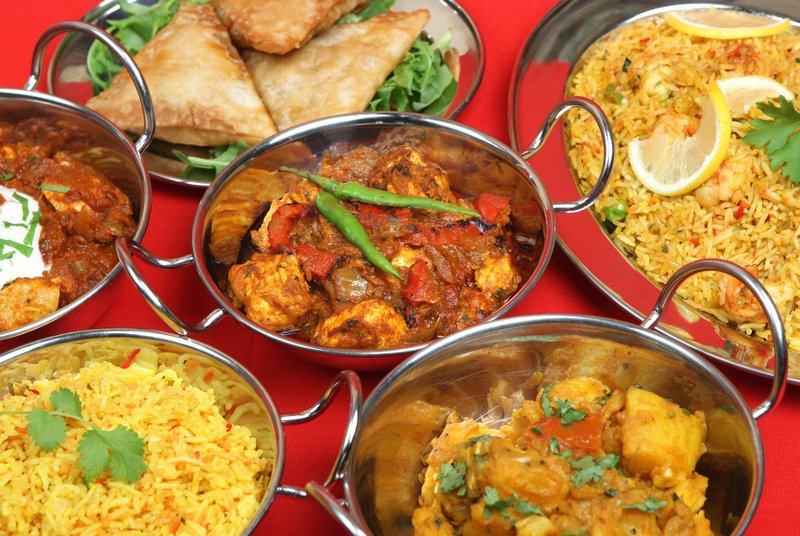 A passion for cooking transformed a housewife and mother into a successful entrepreneur and multinational consultant.

I another new one is due to open shortly, on Kemang Raya’s ‘Restaurant Mile’.
To be sure, India tempts the senses with an entire range of subtle tastes and flavors, and some that are not so subtle as well! The fallacy that Indian food is always “hot and spicy” is just that.., a fallacy. For sure, some preparations are guaranteed to blow your head off, Chettinad Pepper Chicken being a case in point. But then there is also counterpoint, with the genteel fragrance of long-grained ‘basmati’ rice and cooling yoghurt-based preparations that offer the tastebuds arespite… and of course Indian sweets, which are often a bit too sweet for the Indonesian palate. Although it is true that In-than cooking involves rather complex procedures and uses spices and condiments that may be exotic and unfamiliar, there is no doubt that today, it is popular in most cosmopolitan cities all over the world.

Northern Indian cuisine is an eclectic fusion of influences from as far away as Persia and Greece, as it was on the access route followed by invading hordes over the centuries. So it’s hardly surprising that some of these “outside” influences were absorbed. The spit-roasted meats so favored in North India can be found through Pakistan, Afghanistan and across into the Middle East. Tandoori chicken, an all-time favourite and possibly the most familiar item on most Indian menus, is marinated in yoghurt and a selection of spices, and roasted over coals… India’s answer to the ubiquitous barbeque, and oil-free too, for the cholesterol-conscious.

The tandoor is a clay oven fired with coal, and is also used to make several varieties of Indian bread. But North Indian cuisine aside, every corner of this vast subcontinent offers a diverse range of culinary delights.., something for every taste, and specialties that are from specific areas. Some of the most varied and extensive vegetarian cooking originates in India, as a large number of communities in India are traditionally vegetarian.

But one thing’s for sure: anywhere in the world, restaurant food can’t beat good old-fashioned home cooking. And every home has at least one ‘grandma’s favorite recipe’ that’s better than anyone else’s. And you know how it is, if you love cooking you tend to experiment a bit, add a dash of this, leave out a bit of that, and come up with a great new twist on an old favorite. Here is one person who did just that, and made a lucrative business out of something she really enjoys doing.

Molina Hazuria’s passion for cooking began when she was just 12 years old. Born in Punjab, North India, she pottered around her mother’s kitchen, helping out, and in the process, learning to cook. Back then, who could have imagined this latent interest would lead her to publish a popular Indian cookbook for adventurous foreign palates!

Twenty-two years ago, Molina arrived in Jakarta with her husband, who was posted to a company where he worked for 15 years. They stayed on, she says, “because it’s a great place, the kids grew up here and we all love it here.” Like most mothers, once the kids started school, she suddenly had a lot of spare time on her hands. She tried her hand at flower arrangement, and even opened a small flower shop. But she soon realized that cooking was her real passion. “I’ve always enjoyed cooking, and friends would keep asking for recipes and demonstrations. So I started with small evening classes for a few people who were interested, then slowly expanded to include classes for house staff and hotel staff.”

These small beginnings paved the way to bigger and better things. Molina hit the corporate big-time as consultant to Unilever Australia for two years, for their ‘Continental’ brand of pastas and rice. Her work included translating the recipes into Bahasa Indonesia and modifying them to Indonesian tastes. She trained the local sales promotion girls to cook the product and promote it in the supermarkets.

She also conducted workshops and trained the staff at several hotels and other institutions, including the Radisson Hotel Purwakarta, the International Sports Club of Indonesia (ISCI) in Jakarta, and the Maxus oil company, on an exotic tropical island! She was also consultant to the Sahid Jaya for their Indian restaurant.

Ten years ago, her catering service took off, and she began supplying frozen home-cooked food to Kemchicks, Hero, the Club Store and Ranch Mart. Today her staff has grown to eight helpers, all of whom have been trained by her. Her book, A. Taste of India, featuring her own recipes, tried and tested in the kitchen, was first published in 1995 and has just gone into a second edition.
The demand for her classes increased to 20 sessions per week. “I always wanted a place where I could teach cooking, and maybe even organize other courses,” she says. As an active member of Jakarta’s international community, Molina has been involved with its events and activities for years. Her opportunity came when the Jakarta International Community Center opened in Kemang one year ago. JICC offers cooking classes by Molina, and a whole range of other activities for the expatriate community, both adults and children. Yoga is very popular, even with the kids. There is ballet for children, painting for both adults and children, computer classes, Latin dancing, mahjong… you name it, they probably run it!

The Countryside Walking Tour is a big draw. Then there’s tours that take you to the Pasar Baru shopping area, the Bead Factory and a Ceramics center. “More people want outside tours and outdoor exercise classes. That’s what we’re looking at now,” said Molina. What are her own plans for the future? “My kids have grownup and gone off to university. I enjoy it here, there is so much to do. And I’m happy to share with others my joy of cooking. I love what I’m doing,” she says. A good thing for those of us who love Indian food! For more information on JICC activities, you could call 7 17-91835 or email jicc@cbn.net.id.