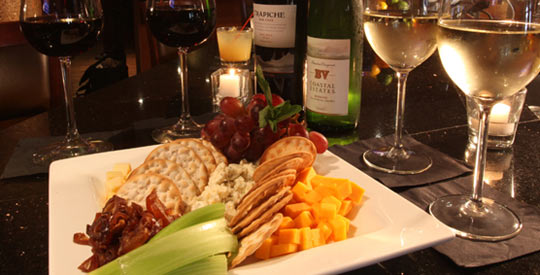 If you are having special dinners for Christmas and New Year and want to serve appetiser and dessert wines, here are some guidelines for you to follow.
An appetiser wine should stimulate your appetite before a meal. It should not fill you up or mask the flavours of the food and wine you will be having with the meal. Generally, it should be cold, not too strong and dry. A dry white wine or champagne is sometimes used. But there are others which are not terribly expensive and can be served.

This drink is made in many countries of the world, but true sherry is made in Jerez, Spain. Spanish sherry is made by a particular method which, like champagne, is often imitated but never duplicated. Wines destined to become sherry are stored in oak casks. As the wine ages, a white film of mould called flors forms on the surface of the wine. It alters the flavour and gives a distinctive taste.

After a year the wine is lightly is lightly fortified with Spanish brandy, the aged in oak barrels for several more years before being bottled.

The barrels are stored in tiers, grouped in a special way to form a solar. The solar system of ageing is important in making of a true sherry. Wine is drawn off from the lower tiers and the same shery from the upper tiers is added, making a continuous blend of old and new sherries. The name solera comes from the Spanish word for sun. Traditionally, the solera was out in the sunshine so the young sherry would evaporate and concentrate its flavours.

This method is now imitated by wine makers in others countries, including the United States. The Sebastian winery in California’s Sonoma Valley has its own Solera.

After the sherry is aged and Blended, it is ready for bottling. According to the level of sweetness required, special sweet wine is added Some Different wine is added. Some different sherries are:

Madeira is named after the island in the Atlantic where the fortified wine is still made. In the seafaring days of the British Empire, ship would stop at this Portuguese island to obtain barrels of wine for long voyages. The sailors would add brandy to the barrels so the wine would not spoil. During the journey. The wine heated up in the hold of the ship and prematurely aged. This improved the flavour.

The process was copied by the wine-makers of Moderira when they realised how it improved their wines. Today wine for Madeira is heated to about 120F (50C) for several months in an estufa or hot house. Brandy is added, then the Madeira is blended in the same way used for sherry. Some styles of Madeira are:
Sercial
: A light dry wine.
Verdelho : Medium dry golden wine
Bual : Medium-sweet wine
Malmsey : Very sweat and rich.

The origins of vermouth are in herbal medicine, where wine is blended with herbs and aromatic extracts. The name vermouth is derived from wermut , a German word for wormwood. Its bitter-tasting flowers are used in vermouth.
Vermouth is made by adding brandy to light wine, then flavouring it with a mixture of up 50 herbs. Each vermouth manufacturer has his own special recipe.

Not so long ago, a French vermouth was considered a dry white style and an Italian vermouth was a sweater red blend. These countries now make both styles, in addition to medium-sweet bianco and a rose vermouth. Other wine making nations also produce vermouth.