Every year in October – November, the Indian community in Jakarta starts the celebration of Deepavali, also called Diwali, or the Festival of Lights. Diwali is an important five-day festival in Hinduism, Sikhism and Jainism. The festival is celebrated all over India and by Indian communities throughout the world.

Diwali signifies many different things to the Indian people. In north India, Diwali celebrates Lord Rama’s return to the kingdom of Ayodhya after spending 14 years in exile during which he defeated the demon king Ravana; in Gujarat, the festival honors Lakshmi, the goddess of prosperity and wealth; and in Bengal, it is associated with the goddess Kali. Everywhere, it signifies the renewal of life, and accordingly it is common to wear new clothes on the day of the festival.

Diwali is known as the Festival of Lights due to the common practice of lighting small clay oil lamps, called diyas, and placing them around the home, in courtyards, balconies, and gardens, as well as on roof-tops and outer walls. The diyas signify the triumph of good over evil. In urban areas candles or neon lights are often substituted for diyas.

It is believed that Goddess Laxmi will visit all of her followers during Diwali and bring peace and prosperity to all. On the night of Diwali a traditional Puja or worship ceremony is performed in homes after sunset during which five oil lamps are lit in front of the deities, traditional sweets are offered to the goddess and devotional songs of praise of Goddess Laxmi are sung. After the Puja people light more diyas in their homes to usher in light, and clear the darkness from the world.

In India cows are considered to be the incarnation of Goddess Laxmi and therefore they are adorned and offered special veneration on this day. In villages cows are adorned and worshipped by farmers as they form the main source of their income.

The celebration of Diwali is usually accompanied by the exchange of sweets and the explosion of fireworks. Diwali is a time of the year when families, friends and communities come together in a spirit of celebration and joy.

The relationship between India and Indonesia stretches back to prehistoric times. Indian traders first came to the Indonesian archipelago in search of spices, fragrant resins, aromatic woods and gold. Later Indian art, culture and religions, both Hinduism and Buddhism, took root and were adapted to the traditional beliefs already existing in the islands. In the 19th century the Dutch brought Indians to Indonesia as indentured laborers to work on plantations located in particular around Medan, North Sumatra where there is today a large Tamil community.

A second wave of Indian immigrants, mostly Hindu Sindhi families, made Indonesia their home after the partition of India in 1947 into predominantly Muslim Pakistan and non-Muslim India. The Sindhi community is mainly engaged in trading and commerce, in particular in the textile industry. The inflow of major Indian investments in Indonesia starting in the late 1970s drew a fresh wave of Indian investors and managers to this country. Over the past two decades the number of entrepreneurs and business professionals has grown and now includes engineers, consultants, chartered accountants, bankers and other professionals. Indian expatriates working in Jakarta tend to be very well educated and are known in particular for their skills in the fields of IT and telecommunications.

Many Indian families have been in Indonesia for several generations and are Indonesian citizens. The vast majority are now completely assimilated into Indonesian society, while still maintaining their cultural traditions. It is estimated that there are around 100,000 persons of Indian origin living in Indonesia, with short-term Indian expatriates numbering around 25,000. Several social and professional associations serve Jakarta’s Indian community, which totals about 75,000 and includes Hindus, Muslims and Sikhs. Temples, Gurudwaras and prayer halls are located in several places in Jakarta and are centers for social gatherings and religious activities. Many long-term Indian residents prefer to live in Central and North Jakarta, in particular in Pasar Baru, Sunter, Kemayoran and Kelapa Gading where you can find numerous shops selling Indian products and Indian restaurants. Some Indian restaurants are also found in other parts of the city.

Several schools serve the Indian community in Jakarta, the main one being the Gandhi Memorial International School located in Kemayoran, Central Jakarta. The school was founded in1950 and now is a truly multicultural international school where children from about forty countries study and grow in harmony with an emphasis on high academic standards. The school is an IB World School and has been authorized since 1996 to offer the IB Diploma Programme, as well as the IB Primary Years Programme (PYP) and IB Middle Years Programme (MYP). The Gandhi Memorial International School’s website is www.gandhijkt.org.

The very comprehensive website www.indoindians.com covers all aspects of life of the Indian community in Jakarta. 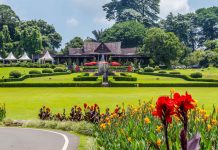 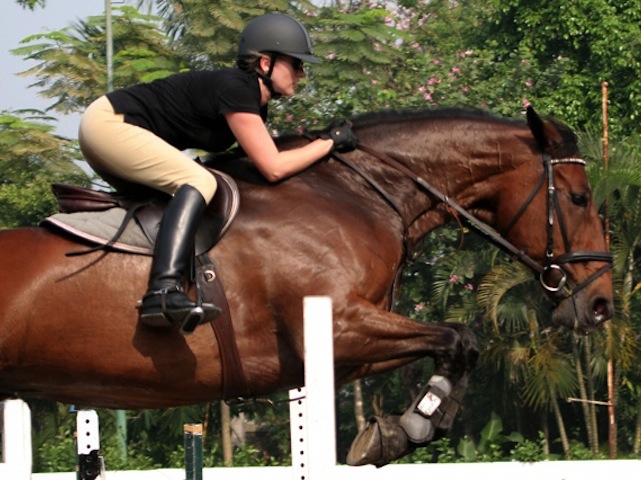 The Best 9 Horse Riding Classes in and Around Jakarta