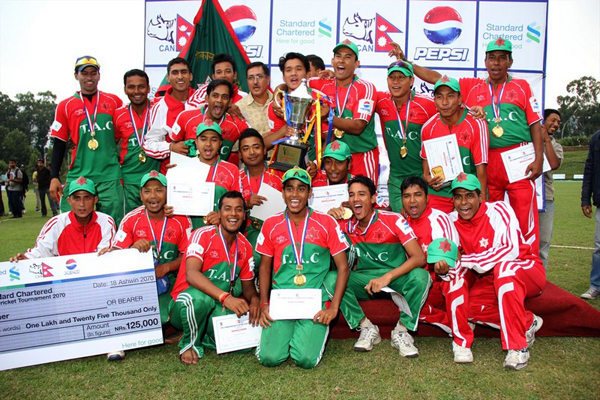 Call me killjoy if you like but I have to say that cricket makes me cry. It reminds me too much of battle, all that hype over disappointing defeats and wonderful wins.

The unchecked enthusiasm of fanatical fans for hitting balls, losing wickets, terrible injuries and for squads that are rigorously prepared for each World Cup makes me shiver at the thought that I may be stoned to death if I were to refuse to participate in the hysteria. For looking upon such extra ordinary security involved during lengthy lulls on the pitch and the sudden, short bursts of furious action is rather intimidating. All the bowling and batting, hits and runs, stumps and strikes and deadbats on oval fields where opponents are attacked with missile like bowling for scoring runs are images that nightmares are made of.

Moreover I have come to compare the attitude of loved ones at home towards cricket with the kind of energy that is on display here in Europe during a football season. The war like chants of an infinite number of fans who have a way of taking over an entire city that happens to host a match makes one want to crouch into the darkest corner of the house. For even a glimpse of  a swarm of loud mouthed youngsters with a certain glint in the eye and shaved heads, their deadly tattooes flashing bright on bulging muscles as  they swagger in and out of lanes and by lanes is enough to send a little,  old lady with a grocery bag somewhat bigger than herself scurrying out of  sight.

And all this while I had thought that sports was encouraged by a classical past as a cultural phenomena. The idea was to temper the clash of combative  instincts in human beings and to refine the eternal competition within existence itself between life and death. Dr. Jigoro Kano who died in 1938  after having re modeled the martial art of Judo for a more modern Japan felt that society was lacking in something which if brought to light and  universally acknowledged could re model present people and bring greater happiness and satisfaction to this world. In the spirit of the Olympic  Games, Dr.Kano had wanted at least Judo to craft morally and spiritually strong men and women who could contribute to friendship and peace among the nations of the world.

What is happened instead is that most of the most popular of games are beginning to resemble a military exercise, making many a social scientist think that politicians may even be using fans and their love for sports to propagate a certain kind of ideology, especially one that is full of hate.

The question as to why football more than any other game should provide the occasion for venting such a dramatic expression of anger or violence remains unanswered in Europe. Although James Wallis author of Football and the Decline of Britain notes that in times of marked industrial decline and major urban decay, areas from which the game of football draws its support, many of the tensions, frustrations and antipathies of the local life are likely to find expression in local football.

In a period of economic difficulty young and energetic people become frustrated and angry and this is the moment when they are most likely to fall into the hands of extremists. In Europe the poorer sections of society of young people seem to increasingly look to the extreme right for solutions making one wonder how much the democratic, liberal political parties and trade unions are to blame for this trend?

Therefore decent, well meaning politicians here are waking up to the fact that they must strengthen their ability to represent the aspiration of all populations so that the best instinct of the young of both the majority and minority populations can be mobilised for a more constructive and creative future. And those with a genuine interest in democracy realise that they can no longer allow their young ones to be used by politicians for short term gains.

Till that happens especially in the Indian sub continent a victory in sports will continue to be equated with winning a war and fans fancying sports people from across the border will probably have to do so in silence for the fear of being singled out as unpatriotic by authorities in their own country that are unable to see beyond the nose.