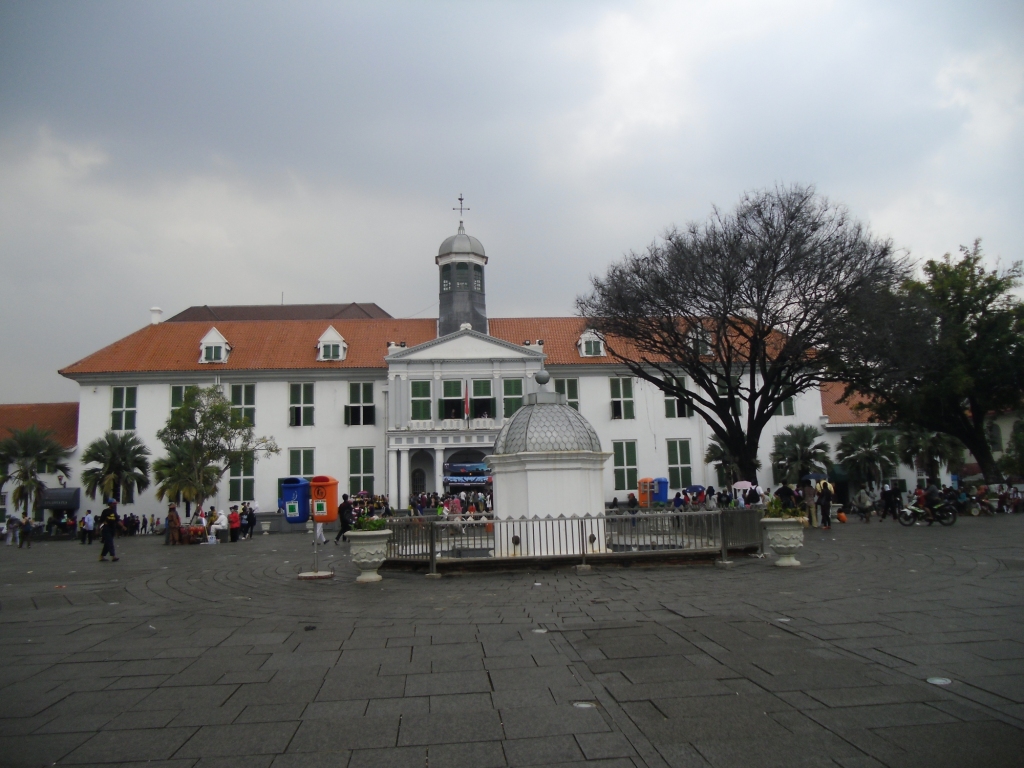 On June 22 every the city of Jakarta celebrates its birthday. This date marks an event in 1527 when Fatahillah, a commander of the Sultanate of Banten, gave the name Jayakarta, meaning perfect or glorious victory, to the place previously known as Sunda Kelapa. Fatahillah, together with an Islamic army from Cirebon area, was able to drive out the Portuguese who were attempting to build a fort at Sunda Kelapa. Portuguese ships had first arrived at Sunda Kelapa port in 1512 and established a foothold enabling them to trade in spices, coffee and other commodities from Java. The first known reference to a settlement at the mouth of the Ciliwung River at the current location of Jakarta dates back to the 12th century when Sunda Kelapa was mentioned as a port for the Hindu kingdom of Pajajaran, the capital of which was located near present day Bogor. In 1522 the kingdom of Pajajaran sealed a treaty with the Portuguese in the hope that it would afford the kingdom some protection against neighboring Muslim sultanates. Pajajaran, ruled by the Siliwangi dynasty, was the last surviving Hindu state in West Java and came to an end in 1578 when the last Siliwangi king and his followers were defeated by Muslim invaders from Banten. Fatahillah, the conqueror of Sunda Kelapa, was a Muslim scholar from Aceh, North Sumatra.

His home town of Pasei had been invaded by the Portuguese, so to seek revenge he joined the Islamic ruler of Demak in plans to attack the Pajajaran and Portuguese alliance. Fatahillah led 1,452 troops from Demak and Cirebon in 1525 and first conquered the prosperous port of Banten. Two years later they achieved victory over the Portuguese at Sunda Kelapa. Dutch traders first visited the ports of Banten and Jayakarta in 1596 and a couple of years later a second expedition was able to send cargoes of spices back to Holland earning very lucrative profits. In 1602 the Vereenigde Oostindische Compagnie (VOC), or the Dutch East Indies Company, was formed in Amsterdam. Dutch merchants frequently helped local rulers of the Spice Islands in their struggle against the Portuguese in return for trade commodities or concessions for trading and their influence grew more powerful.

In 1610 the Dutch obtained permission from Prince Jayawikarta to build a godown or warehouse and a small settlement in the Chinese section of the town of Jayakarta. However eight years later they broke their agreement by turning the godown into a well fortified stone fort, known as Kasteel Jacatra. The following year Jan Pieterzoon Coen, Governor General of the VOC, ordered the razing of Jayakarta and founded on its ruins the city of Batavia, heralding the start of Dutch territorial rule in Java. The city of Batavia expanded outward from the fort along the banks of the Ciliwung River. A series of canals was constructed to drain swampy areas into the river and gardens were created on the east bank around the Kasteel Jacatra. The remains of Jayakarta, Chinese settlements and English warehouses were located on the west bank of the river. Between 1635 and 1645 the city wall of Batavia was built, the only remaining part of which forms the front wall of the present-day Maritime Museum at Pasar Ikan. During the 17th and 18th centuries the city of Batavia grew and prospered due to its important role in trade with Europe. In 1799 the VOC became bankrupt, its decline resulting in part from the rise of England as an international power during the 18th century. Increasing corruption amongst VOC bureaucrats also contributed to the companyâ€™s downfall, while staff who were underpaid traded privately thus undermining the companyâ€™s monopoly.

The Dutch government bought out all the remaining VOC shareholders and established a colonial administration in the Dutch East Indies. By the end of the 18th century the old walled city of Batavia had become an unhealthy place to live with the prevalence of diseases such as cholera, dysentery and typhoid as well as malaria. Most of the population moved further inland and Governor General Herman Willem Daendels ordered the demolition of many of the buildings inside the city walls and moved the seat of government further south to Weltevreden (today’s Lapangan Banteng, the large square directly across from Hotel Borobudur). Nowadays all that remains of old Batavia are some warehouses and shipyards and the Menara Syahbandar, a three-storey lookout tower at Pasar Ikan. During the period of the Napoleonic wars in Europe the Dutch East Indies came under British rule between 1811 and 1816, after which Dutch authority was restored. Sir Thomas Stamford Raffles was the British Lieutenant Governor of Java and its dependencies. The most significant legacy from this brief period of British rule is the convention of traffic driving on the left hand side of the road.

Most of the historical sites and buildings from the colonial era have been destroyed and only a few have been restored. Some of the most interesting landmarks that still exist today are the old Stadhuis or Town Hall built between 1707 and 1710, currently the Jakarta History Museum, and the square in front of it now known as Taman Fatahillah, the Hoenderpasarbrug (Chicken Market Bridge) an old drawbridge across Kali Besar, the former National Archives building on Jl. Gajah Mada, a beautifully restored mansion dating from 1760 and originally built as a country residence, the Schouwburg theater opened in 1821 now known as Gedung Kesenian Jakarta (Jakarta Playhouse) at the corner of Jl. Pos and Jl. Gedung Kesenian near the entrance to Pasar Baru, and Istana Merdeka or Freedom Palace on the north side of Medan Merdeka (Freedom Square), which was constructed in 1879 as the official residence for the Dutch Governors General and is now the Indonesian Presidents official residence.

In the early years of the 20th century nationalistic aspirations began to grow amongst educated Javanese as well as in other regions. Significant dates in the nationalist movement are the establishment of Budi Utomo (Beautiful Endeavor) freedom movement in 1908 and the Youth Pledge in 1928 which declared that Indonesia was one people, one nation with one language. This was the first time that the concept of a national language was introduced and it became a significant factor in uniting the diverse ethnic groups with over 300 different languages and dialects. This occasion was also the first time that Indonesia’s national anthem Indonesia Raya was sung.

From 1942 to 1945 the Japanese occupied the Dutch East Indies during World War II.  During this period the name of Batavia was changed to Jakarta.  The Japanese surrendered to the allies on August 14, 1945 and the young nationalists led by Sukarno and Mohammad Hatta seized the opportunity to declare Indonesia’s independence on August 17, 1945.  The declaration of independence was read out at Sukarno’s residence in Jakarta, which is now the site of a monument to the two men who became Indonesia’s first President and Vice President.

The Dutch did not want to let go of their colony so easily and a period of struggle ensued between 1945 and 1949, when the Dutch eventually ceded independence and Indonesia became a republic with the city of Jakarta as its capital.Sukarno led the nation for 22 years under a system of Guided Democracy.  In the aftermath of an attempted coup in 1965 President Sukarno relinquished power to General Soeharto, who in 1967 became Indonesia’s second president.
After 32 years in power Soeharto was forced to resign in May 1998 amid a severe financial crisis and massive student protests, and his vice president B. J. Habibie became president until the end of his term of office the following year.  This was followed by the relatively brief presidency of democratically elected Abdurrahman Wahid, who was replaced by his vice president Megawati Soekarnoputri (the daughter of Sukarno) in July 2001.  The current President of Indonesia Susilo Bambang Yudhoyono took office in October 2004 and is the first president to be elected directly by the people.  He was reelected for a second term in 2009.

After 485 years Jakarta has developed into a vibrant metropolis with a population of over 12 million people. It is home to a blend of international, modern, traditional and tribal communities. Jakarta is one of 33 provinces that make up the nation and its Governor is Fauzi Bowo.

The city is divided into 5 municipalities:

From June through August the city will be decorated with banners and colored lights and residents will flock to various events held to celebrate Jakarta’s birthday.

The annual Jakarta Fair will take place for one month at the Jakarta Fairground in Kemayoran, Central Jakarta, and will present business
exhibitions, cultural shows and other entertainment.

On June 15-17 Jakarta will host the first Indonesia International Fireworks Festival at Taman Impian Jaya Ancol in North Jakarta and the organizing committee expects at least 150,000 people to watch the spectacle.

Bargain hunters can also enjoy the month-long Jakarta Great Sale at the many malls and shopping centers throughout the city. 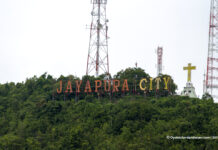