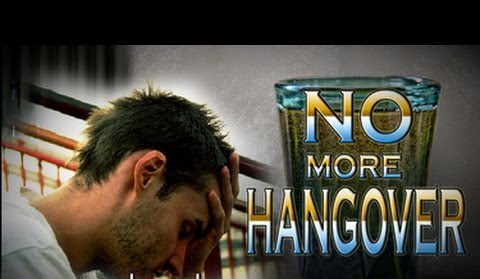 Alcohol researchers believe, the accumulation in your system of products derived from the your body’s ingestion and processing of alcohol, such as lactic acid causes hangovers. The alcohol and the lactic acid that build up as the alcohol is metabolized are responsible for the nausea, headache, and irritability. In extreme cases, tension, paleness, tremor, vomiting, heartburn and loss of appetite is common. Alcohol also has a diuretic effect (causing you to urinate).

Know Your Alcohol Content
Different spirits and wine have different levels of alcoholic content. For wines and beers, the the alcohol percentage can go up as high as 6%. Spirits such as tequila and vodka can contain up to 40% of alcohol.

Know Your Processing Rate
The average human body is said to be able to process only 1 glass of wine every half hour. The alcohol capacity of a human body differs from person to person; some people are said to be able to ‘hold their drink’ better than others. It is important that you know your limit before you go out for a drinking night out. You will probably feel ‘high’ or ‘groggy’ if you exceed your body’s natural rate of alcohol processing, thus a hangover. Although getting ‘high’ may pleasant, the aftermath of too much drink has effects which are often unpleasant.

Taking your Alcohol with Aspirin?
Some people take aspirin, acetaminophen, or ibuprofen before going to bed or upon waking with a hangover jack-hammering the insides of your head. These may help to relieve headaches, aches and pains, but they do not decrease the amount of alcohol still in your body, so you will still have other hangover symptoms.

Also, there is some evidence that mixing these over-the-counter pain relievers with alcohol can cause problems for some people. Aspirin can be a stomach irritant, as can ibuprofen, thus some people have a tendency to vomit after taking alcohol with aspirin if they can’t seem to stomach their drink. Mixing the two may also cause ulcers and gastro-intestinal bleeding. Mixing acetaminophen with alcohol has been linked with liver disorder. In some people, the drug has adverse effects even when taken by themselves in normal doses.

Dine Before You Wine
Eating a snack or a meal before you drink is one common practice to moderate alcohol consumption. The food doesn’t actually absorb the alcohol, like many believe. Instead, it helps you to stay energized while it lines your stomach, thus helping the alcohol metabolize at a reasonable rate. However having a hearty meal before you go for a drinking marathon will be highly hazardous for your stomach, thus the vomiting sessions that many a drinker might experience in the morning or in the course of getting drunk.

Time Will Heal
Consuming coffee, and vigorous physical activity, does not alleviate a hangover. Time is the only way to cure a hangover. Caffeine in the coffee will only induce you to stay awake, drunk. Although exercise may make you feel better, it doesn’t speed up the metabolism of the alcohol.

Alcohol and Sex
Drinking may get you to feel very frisky. As I said earlier, alcohol has got a diuretic effect on the drinker, and a randy feeling may be attributed to the fact that your genitals feel more sensitive at this point. However, it has been proven that erections are very difficult to obtain with a high level of alcohol in the blood, much less, orgasms. The alcohol in the blood stream will affect the flow of blood to the genitals, thus delaying orgasm, or if you had too much, you may be deprived from achieving the big O at all.

Drinking is About Guts
Drinking is about killing your stomach essentially, and then your liver, which is responsible in clearing your blood of all the toxins which you have ingested. Drinking is mostly a man’s game with the genitalia being questionable if you don’t down 10 tequilas in a jiffy. With more women being able to afford the drinking night-outs, they are too taking the mindless gut challenge. There are many ways to say no with an assuring cool.

Drink in moderation. Think about it. There are not many people who are willing to wheelbarrow their friends out and hail them a cab with puke drooling at the corners of their mouth. Why bother spending a few hundred dollars on a booze parade and then vomiting every single cent of your hard-earned money onto somebody else’s carpet?