Before entering the yoga knowledge ,it will be appreciated if we first try to know its origin. Now a days we know that lord Jesus was born in Jerusalem and Christianity spread. Lord Buddha born in India, Buddhism spread. Hazrat Mohammed Sahib born in Arab and Islamic religion spread. In the same manner so many religions have come into existence on this earth for the last so many years.

Accordingly, we must also invent that when the Earth created and to whom the theory of Yoga was taught first? And how it spread? In this connection learned matter in his book “The great secret” has written,

“let us once given ear to Rig Veda, the most authentic echo of the most immortal traditions.”

“Let us note now it appreciates the formidable problems.”

“There was then neither death nor immortality. The day was not divided from the night. Only one breathed in himself without extraneous breath and apart from Him , there was nothing.”

“There, for the first time desire awoke within him, this was the first seed of the spirit. The sages, full of understanding, striving within their hearts, discovered in Non-Being the link with Being “

From the above description one can conclude that at the very beginning of creation, there was God alone with the matter (Prakriti) which was to be used to create the universe. Secondly there was no death because there was no life, as death is only possible if there is life. Thirdly God created all beings like man, woman, space, sun, moon, earth, water, flora and fauna etc. All our ancient Rishis and Saints realized this truth. Now listen the authentic echo of Yajur Veda in Mantra seven of Chapter thirty-one:

“After the creation of earth and all beings ,the knowledge of four Vedas originated from the almighty, omnipresent, worshipful and venerable God”.

Manusmiriti in its Shalok 1/23 throw the same light in this connection :-

“The God Almighty created the earth and human being . Thereafter He showered His blessings to four Rishis by generating the knowledge of four Vedas in their souls to enable the mankind to attain the stage of Arth (Finance), Dharma (Religion), Kaam (good wishes and to get happy family life) and Moksh (Final liberation )”.

The same truth is seen in the 3rd Sutra of Chapter 1 of Vedanta Darshana by Viyas Muni :

” Worship the God who is the origin of Four Vedas”.

Similarly, there are so many statements of Vedas and other Holy books where it is clarified that the Almighty God is only the origin of four Vedas, Now we come on the point that from where the Yoga Education originated. In this connection please see the contents of Mantra No 4, Chapter 7 of Yajur Veda as under:

“Aspirant of Yoga should learn and practice the eight fold of Yoga i.e. 5 Yamas-Non-violence, Truthfulness, Abstaining from theft, Celibacy and not to store the articles more than the requirement (Self Abnegation)”.

5 Niyams- Cleanliness, Contentment, Austerity, Study of holy books and Trust in God. Their Niyamas are also five. Then Asana, Pranayama, Pratayahar, Dharana, Dhayana and Samadhi (Note: These eight fold path of Yoga will be briefed later on).

Again in the above Mantra it is preached that “O aspirant try to stop internal breathing (Paranayam) to perish away the false knowledge, sufferings, ravages of hatred and tension etc. Thus remove through the power of Yoga all ills and becoming abstemious attain the Yoga property and guard it”. Yoga properties are eight sidhis (will be briefed afterwards) and realization of God (Samadhi). The same description of Yoga Education is seen in several Mantras of remaining three Vedas. Some mantras Are quoted below:

From the above it is learnt that the Yoga knowledge is the origin of four Vedas and thereafter spread by Rishis/Munis/Gurus traditionally from mouths to mouths and ear to ear within man kinds considering the same the most authentic and immortal tradition which one is a right and true path to worship and realize God too by overcoming sorrows /sufferings /ills and death etc, attaining the final stage of Arth, Dharam, Kama and Moksh.

So, the most authenticated, immortal and traditional knowledge of Yoga to worship God is originated from God’s voice in the shape of four Vedas at the time of creation on the Earth by him. That is why Manu Samriti says Vedo Akilo Dharma Mulam.

meaning -the most ancient authentic and immortal echo in the shape of four Vedas is the root of all religions in the world and accordingly the origin of worshipful Yoga philosophy is also a origin from Vedas. 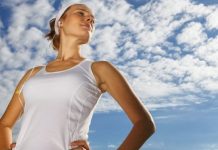 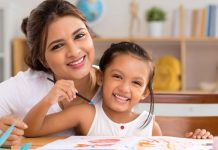 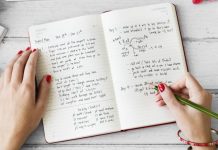 How Writing a Journal Can Change Your Life