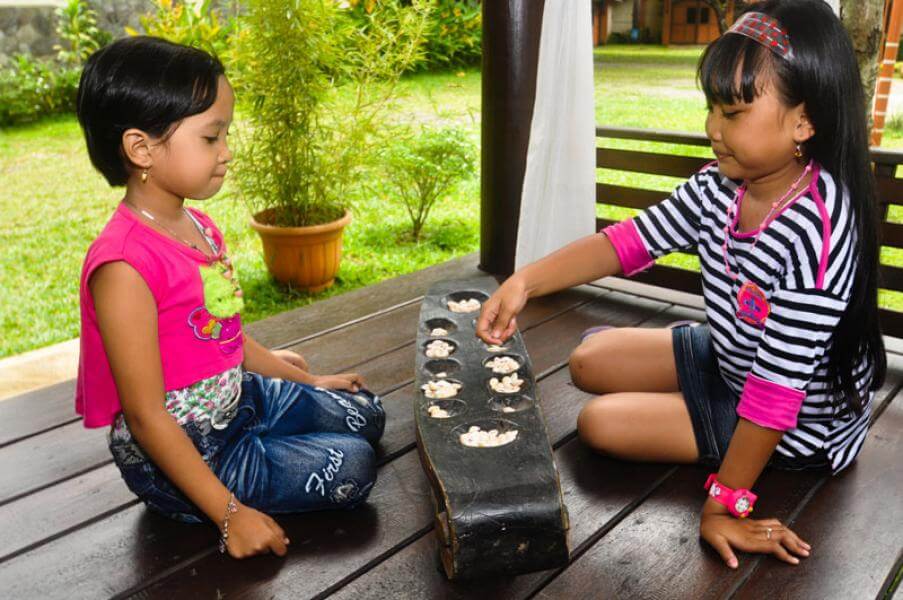 Outdoor games are what makes any childhood beautiful. It is said to have a multitude of benefits from enhancing learning ability, experience physical development,  social skills and even personality development from playing the games. Unfortunately, technology has changed a lot of that, in which children prefer to play with their gadgets rather than play outside. Why not try some of these Indonesian games that can engage your children’s creativity and physical abilities? 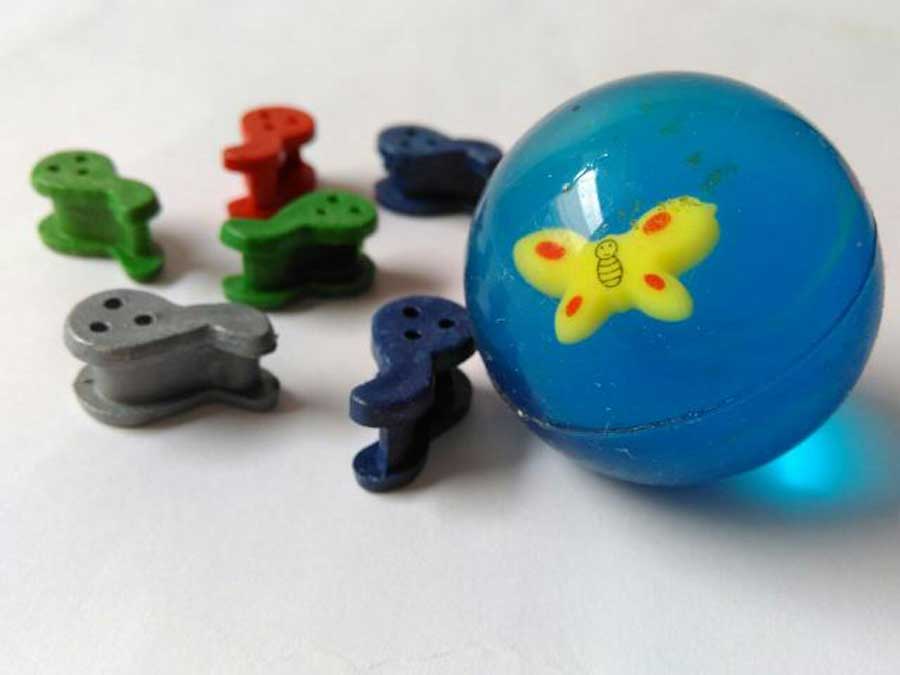 Bola bekel is traditional game from East Java involving a ball and six pieces of metal called bekel. The word bekel or Beklen comes from the Dutch word which is the bikkelen. Although usually played by girls, there are also a lot of boys who play this game. It is a group game, in which the winner is the first who can successfully finish the challenge. Just for fun, the winners can ask others to pretend to become statues or slather their friends with powder.

Here is how to play it:

Egrang is a long bamboo stick with footing for the people to ride it. Its first known origins are from Jakarta, from which it is popularized. ‘Egrang‘ itself means sharp bamboo with footing in Lampung language. As this is an exhausting game, many consider this to be a sport rather than just a game. It was a very popular game back in the 1900s, but now it is usually found during independence day.

Here is how to play it:

A participants will only lose if they fall to the ground after executing a series of movements. At first step, falling after standing counts as losing. However as the difficulty progresses, players will be asked to do more difficult tasks like moving to the left and right, forwards and backwards, jumping, jumping in a circle and jumping using only one egrang. 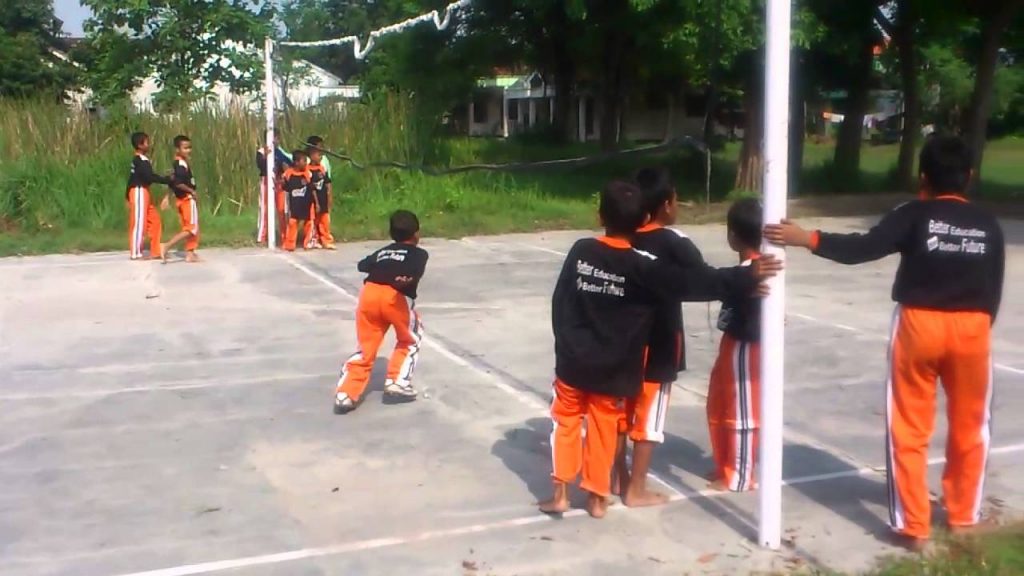 Benteng is a game that is usually played in two groups consisting of 4-8 people. Its origins are unknown until now, but there are a lot of children who like to play this game. All they need to play the game is open space and two opposing items (tree, pole, etc) to be used as headquarters. This game is also one that requires a lot of energy for the children need to run to free their friends or win the game. The first person to touch the opponent’s headquarters are considered to be the winning team.

For the first step, the team will be divided into two teams. Both the teams will choose a headquarters, usually facing each other. Each person will try to attack the headquarters of another team, but first they must not be caught by the opponent. Those who are caught will stand in the sidelines, waiting for their team members to free them. 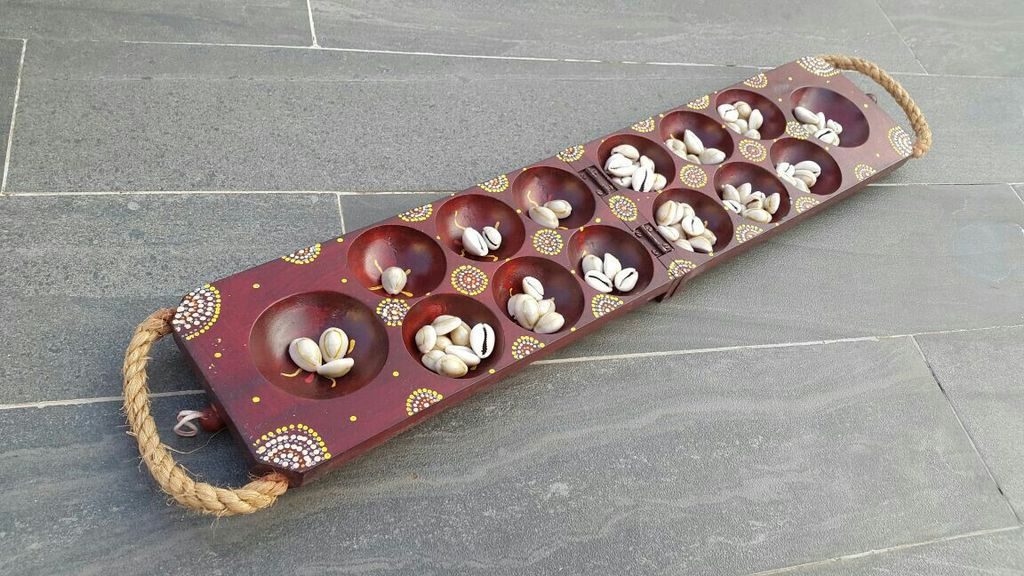 The next game is called congklak, thought to have come originally from Arab or Africa during trade journeys to Indonesia. Nowadays, tt is a fun game known all over Indonesia, in which it uses a wooden board and shells to determine winners and losers. The wooden board has a total of 16 holes to places shells, stones, and such. Unfortunately there can only be two players in this game, who will be facing each other. Winners of the game are those who have the most shells by the end of it.

How to play it:

Rules of playing can first be played by observing the big ‘home’ or the smaller holes. At the start of the game, each smaller hole is filled with seven shells. Second, the players will play rock-paper-scissors to determine who starts first. Third, the person who has their turn will pick a hole and drop a shell in a clockwise manner to each hole, including their homes. If the last shell falls on their home, then they will have an additional turn to start. However if their turn stops on their line and the opponent has shells above it, then you can take the shells for your own. The game stops the moment there is no shells left on either holes. 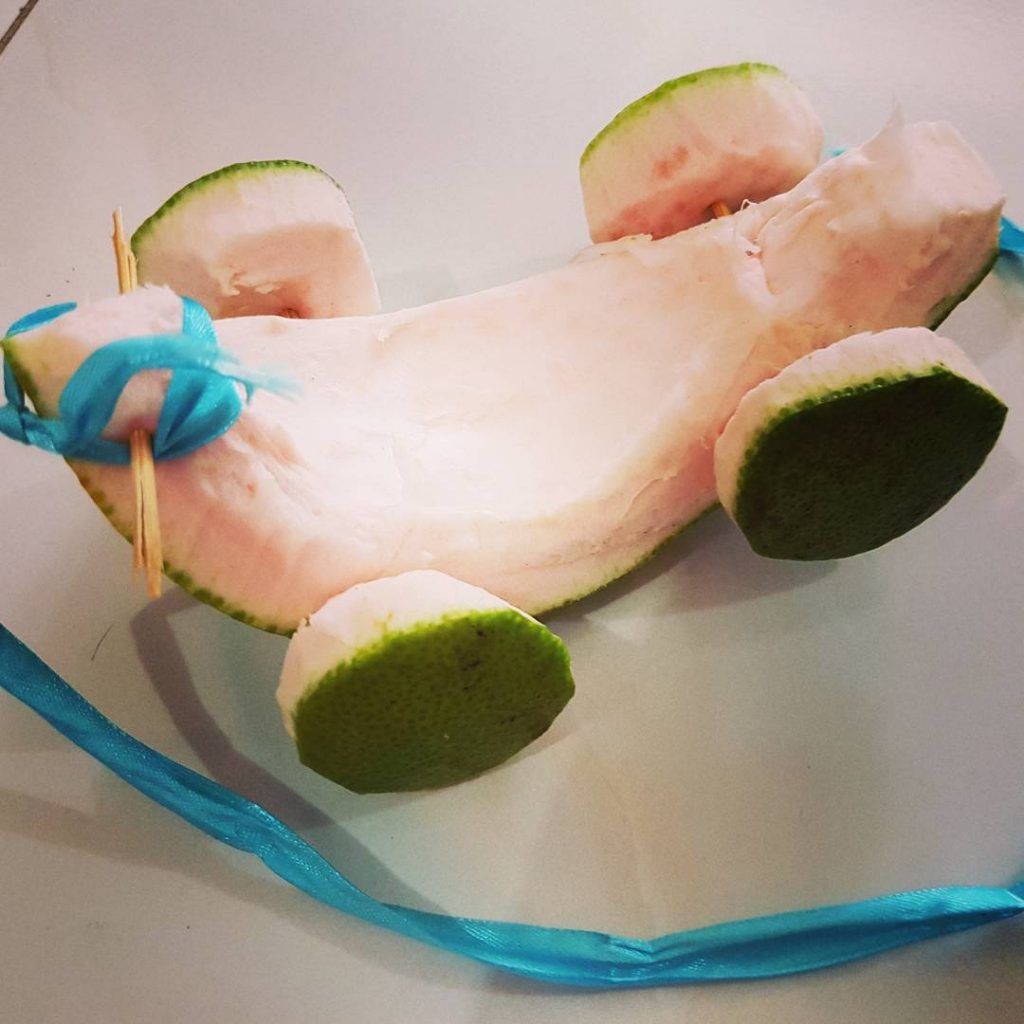 Toy cars will always be a hit with boys. Even in the past, where there aren’t toy cars; it’s made with materials that are more easily found. Such things that are more commonly used to make the car are leftover wood or pomelo skin.

How to make pomelo into a toy car:

Have you ever played these games? Tell us in the comment section below.