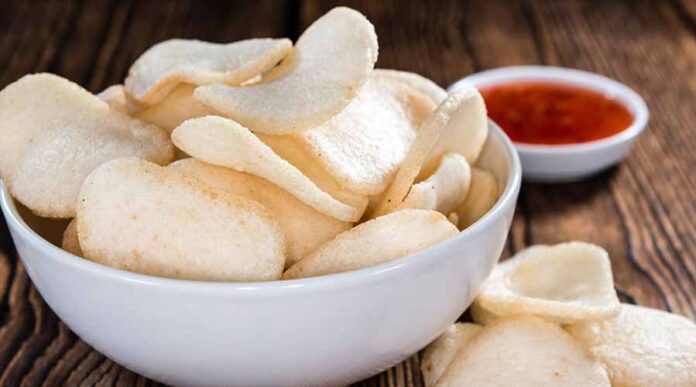 In Indonesia, kerupuk or crackers are more often considered to be a condiment than a snack. The savory and crunchy snack is perfect for a meal companion. There are even some people who feel incomplete if they eat without crackers. Because of the popularity of kerupuk in Indonesia, you can easily find crackers anywhere. From the dining table at home, simple warteg, to luxury restaurants.

Here are the most popular types of kerupuk in Indonesia: 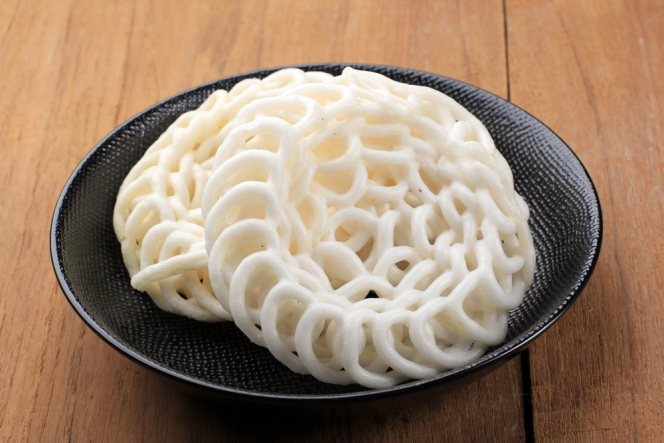 This type of kerupuk is probably the most common type of kerupuk and is the easiest to find in Indonesia. Even regarding the name, this type of kerupuk has several names according to the region, which can sound quite foreign to our ears. Kerupuk blek, kerupuk putih (white crackers) and kerupuk kampung (village crackers), are the various names for this one cracker. The shape itself is round and white with a fairly savory taste. You can easily find this condiment at places such as warungs, Padang restaurants, restaurants, and food vendors with soups such as bakso (meatballs), soto (soup made with broth, meat and vegetables), and noodles. 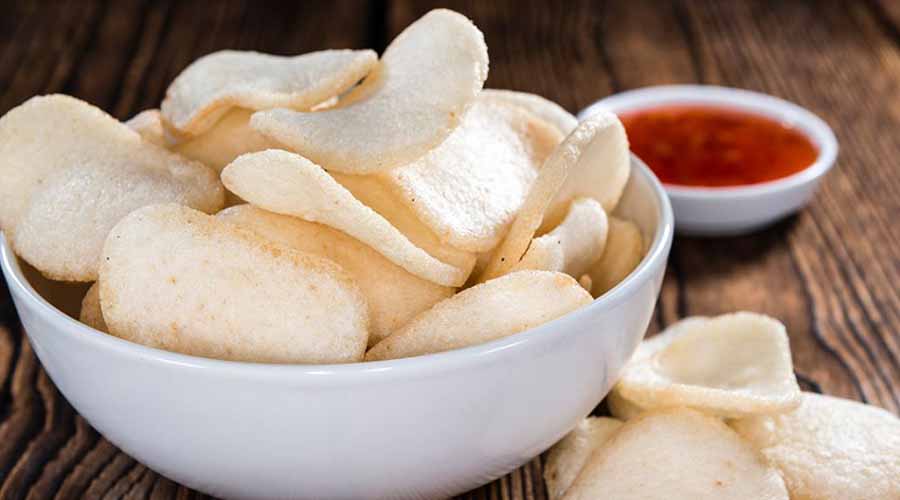 The next type of cracker is kerupuk ikan (fish cracker). As the name implies, these crackers are made from fish. Usually, the fish used for this type of cracker in Indonesia is mackerel. The form itself usually is a smaller size than kerupuk blek. However, what distinguishes the two types of crackers is the more pronounced taste of the fish in the fish crackers. If you want to buy kerupuk ikan for souvenirs, you can find them easily at the souvenir center. Or if not, you can easily find it in traditional markets in Indonesia. 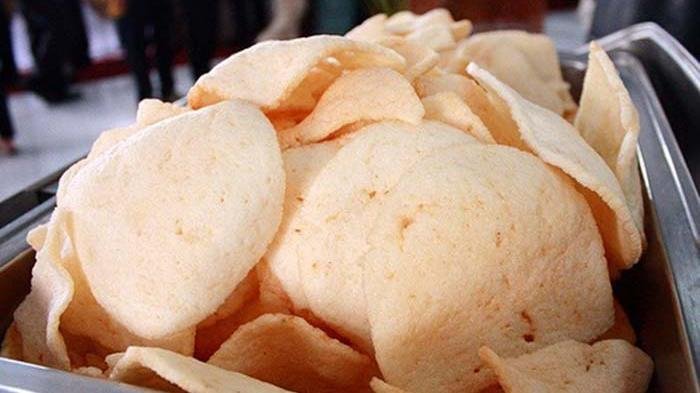 Kerupuk udang or prawn crackers are a type of cracker that you can easily find in various places to eat in Indonesia. These crackers are made from tapioca flour, rebon (small shrimp), salted fish crumbs, and spices. In terms of size, you can find shrimp in various shapes from small to wide. Usually, it will be very delicious to be enjoyed as a companion to rawon (beef soup), soto, to nasi pecel (rice dish served with vegetables or pecel). Shrimp crackers are not only found in Indonesia. If you are on vacation abroad such as Germany and the Netherlands, you can find these prawn crackers called krabbenchips or prawn crackers. 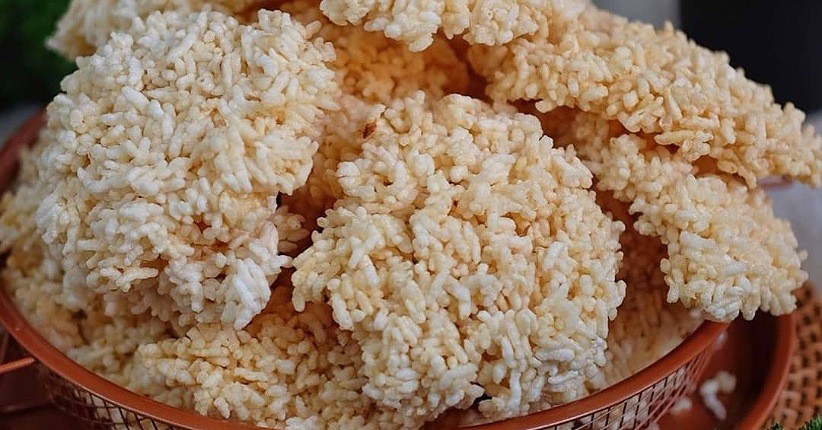 This type of kerupuk may be quite different from the other kerupuk types on this list. The reason is, rengginang have different shapes to different basic ingredients. Rengginang itself is usually found during Eid. The raw material for this side dish is white rice or sticky rice before being cooked. At first, rengginang itself was made from uneaten rice which was then dried until fried. However, now, the preparation has also been given a shrimp flavoring or terasi (shrimp paste) to make it more enjoyable. 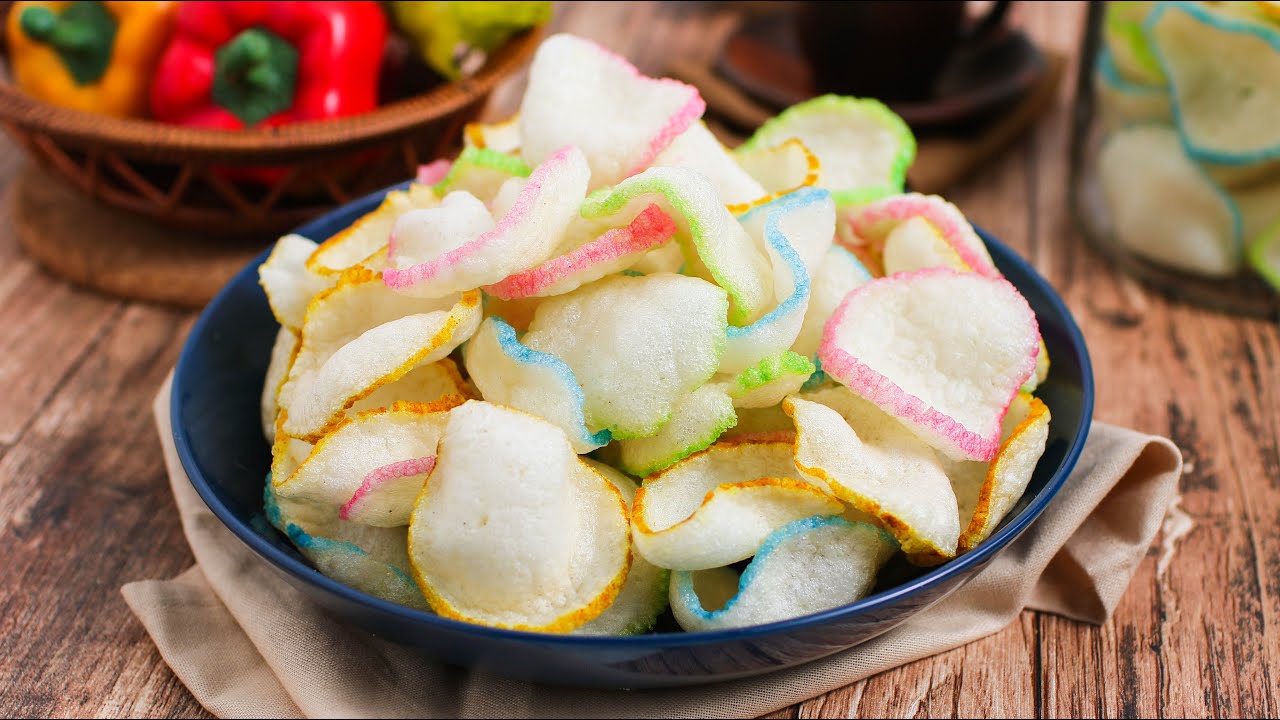 This one you may often find to be used as a companion to nasi uduk (rice cooked in coconut), lontong sayur (rice dish with pieces of lontong or rice cakes), to porridge. The type of cracker we are talking about is kerupuk bawang. Just by looking at the name, maybe you can already guess the ingredients. These kerupuk are made from garlic and tapioca flour. The size is usually small, so it will be very delicious to eat with the heavy meal you are ordering. Try dipping the crackers in the soto sauce or spread peanut sauce on it. 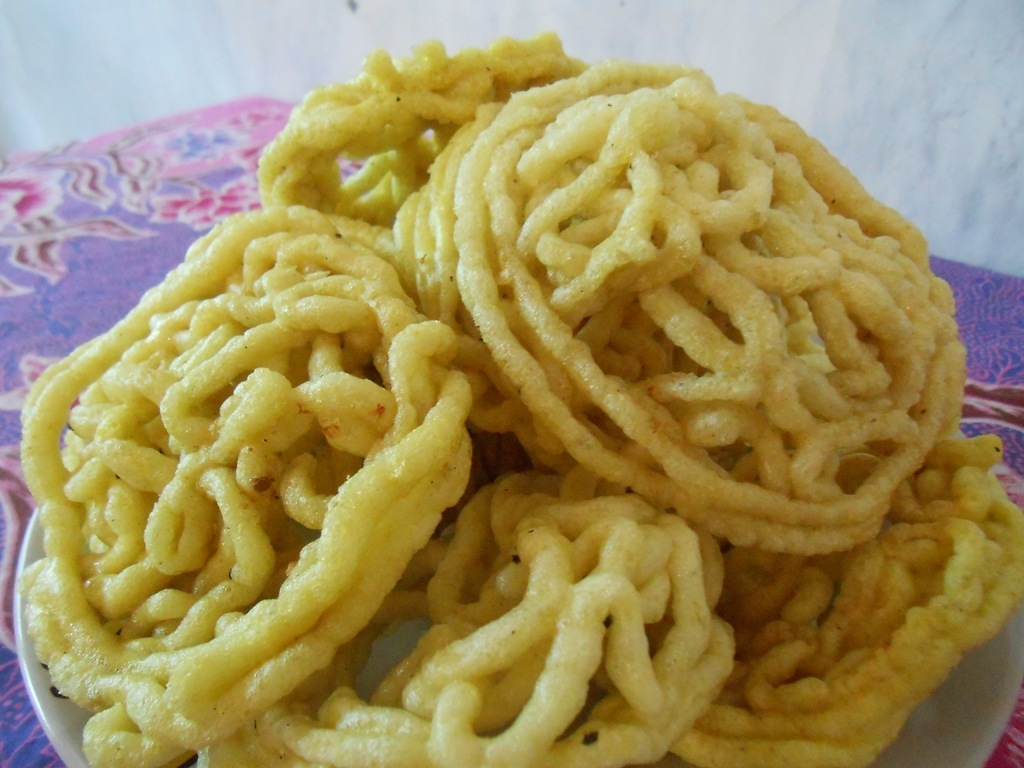 The next type of kerupuk is kerupuk mie. Although the name has noodle in it, these crackers are not made from noodles. The name of the noodle cracker itself is because of its curly shape and that it resembles a noodle. It’s the same color like noodles, which is yellow. Generally, these kerupuk are eaten with asinan (pickled vegetables) or pecel dishes and especially with peanut sauce. It is guaranteed to make you addicted.

Have you seen or tried any of these kerupuk? Share with us your experience in the comments section below!