Betawi people are the descendants of the people living around Batavia (the colonial name for Jakarta) from around the 17th century. The Betawis are ethnic group that came from various parts of Indonesia, such as Malays, Sundanese, Javanese, Balinese, Minangkabau, Bugis, Makassaree, and Ambonese; also include foreign ethnic groups such as Mardijker, Portuguese, Dutch, Arabs, Chinese, and Indian, who was originally brought to or attracted to Batavia to meet labor needs. The history of Betawi itself is so complicated and dynamic, and it also affected the culinary heritage of Betawi.

As the time went by with the advent of modern foods, many Betawi dishes became extinct. Thankfully many Betawi people continue to introduce, produce, and sell these dishes so everyone who comes to Jakarta can taste these delicious dishes. Here are 10 popular Betawi dishes you never want to miss: 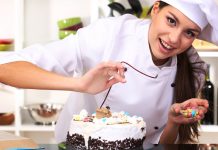