Home Life Food 18 Reasons to Use Honey and Cinnamon 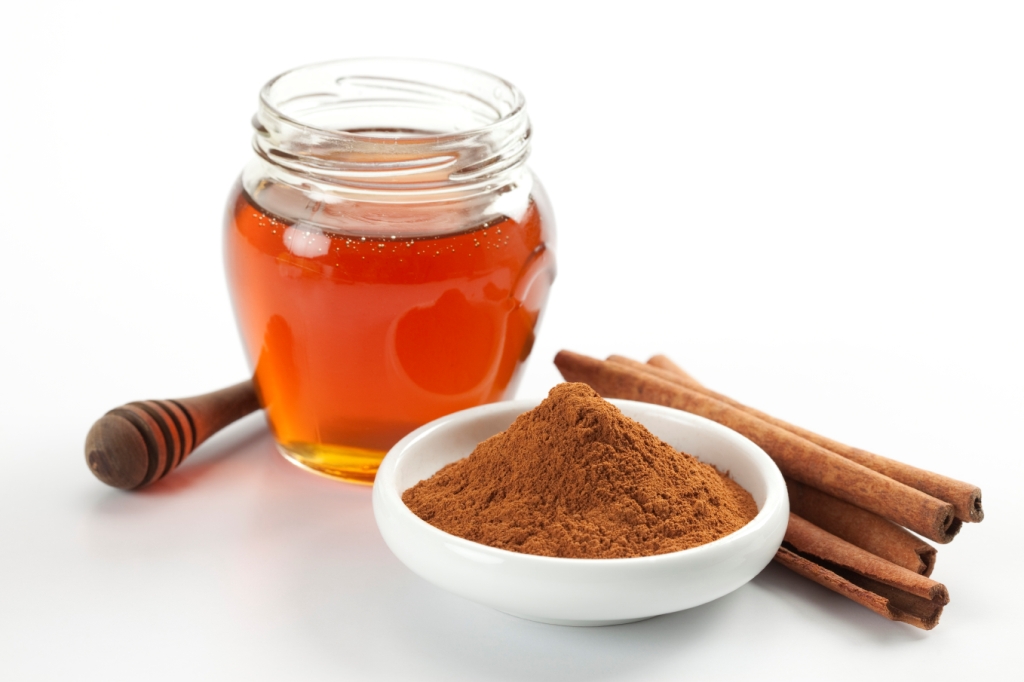 It is found that mixture of Honey and Cinnamon cures most of the diseases. Ayurvedic as well as Yunani medicine have been using honey as a vital medicine for centuries.

Scientists accept honey as a ‘Ram Baan’ (very effective) medicine for all kinds of diseases. Honey can be used without any side effects for any kind of diseases. Even though honey is sweet, if taken in the right dosage as a medicine, it does not harm diabetic patients also. Here is a list of diseases that can be cured by Honey and Cinnamon as researched by scientists.

Arthritis
Take one part honey to two parts of lukewarm water and add a small teaspoon of cinnamon powder, make a paste and massage it on the itching part of the body slowly. It is noticed that the pain recedes within a minute or two. Or arthritis patients may daily, morning and night take one cup of hot water with two spoons of honey and one small teaspoon of cinnamon powder. If drunk regularly even chronic arthritis can be cured. In a recent research it was found that when the doctors treated their patients with a mixture of one tablespoon Honey and half teaspoon cinnamon powder before breakfast, they found that within a week out of the 200 people so treated practically 73 patients were totally relieved of pain and within a month, mostly all the patients who could not walk or move around because of arthritis started walking without pain.

Hair Loss
Those suffering from hair loss or baldness, may apply a paste of hot olive oil, one tablespoon of honey, one teaspoon of cinnamon powder before bath and keep it for approx. 15 min. and then wash the hair. It was found to be very effective.

Bladder Infections
Take two tablespoons of cinnamon powder and one teaspoon of honey in a glass of lukewarm water and drink it. It destroys the germs of the bladder.

Toothache
Make a paste of one teaspoon of cinnamon powder and five teaspoons of honey and apply on the aching tooth. This may be done 3 times a day daily till such time that the tooth has stopped aching.

Cholesterol
Two tablespoons of honey and three teaspoons of Cinnamon Powder mixed in 16 ounces of tea water, if given to a cholesterol patient, it reduces the level of cholesterol in the blood by 10% within 2 hours. As mentioned for arthritic patients, if taken 3 times a day any chronic cholesterol is cured. Pure honey taken with food daily relieves complaints of cholesterol.

Cold and Cough
Those suffering from common or severe colds should take one tablespoon lukewarm honey with 1/4 teaspoon cinnamon powder daily for 3 days. This process will cure most chronic cough, cold and clear the sinuses.

Infertility
Yunani and Ayurvedic have been using honey for years in medicine to strengthen the semen of men. If impotent men regularly take two tablespoon of honey before sleeping, their problem will be solved.In China, Japan and Far-East countries, women who do not conceive and to strengthen the uterus have been taking cinnamon powder for centuries. Women who cannot conceive may take a pinch of cinnamon powder in half teaspoon of honey and apply it on the gums frequently throughout the day, so that it slowly mixes with the saliva and enters the body.

Gas : It has been found that honey taken with cinnamon powder reduces flatulence and gas.

Heart Diseases
Make a paste of honey and cinnamon powder, apply on bread or chappati instead of jelly and jam and eat it regularly for breakfast. It reduces the cholesterol in the arteries and saves the patient from heart attack. Also those who have already had an attack, if they do this process daily, are kept miles away from the next attack. Regular use of the above process relieves loss of breath and strengthens the heart beat.

Indigestion
Cinnamon powder sprinkled on two tablespoons of honey taken before food, relieves acidity and digests the heaviest of meals.

Influenza
A scientist in Spain has proved that honey contains a natural ingredient which kills the influenza germs and saves the patient from flu. Longevity Tea made with honey and cinnamon powder, when taken regularly arrests the ravages of old age. Take 4 spoons of honey, 1spoon of cinnamon powder and 3 cups of water and boil to make like tea. Drink 1/4 cup, 3 to 4 times a day. It keeps the skin fresh and soft and arrests old age.

Pimples
Three tablespoons of honey and one teaspoon of cinnamon powder paste. Apply this paste on the pimples before sleeping and wash it next morning with warm water. If done daily for two weeks, it removes pimples completely.

Skin Infections
Eczema, ringworm and all types of skin infections are cured by applying honey and cinnamon powder in equal parts on the affected parts.

Weight Loss
Daily in the morning, 1/2 hour before breakfast on an empty stomach and at night before sleeping, drink 2 tablespoons of honey with 1teaspoon of cinnamon powder boiled in one cup water. If taken regularly it reduces the weight of even the most obese person. The honey and cinnamon aids in digestion and rids body of stomach related disorders. Take care that you also eat sensibly a balance nutritional diet. % small meals are better than 3 large ones and soups are a great substitute.

Bad Breath
People of South America, first thing in the morning gargle with one teaspoon of honey and cinnamon powder mixed in hot water. So their breath stays fresh throughout the day.