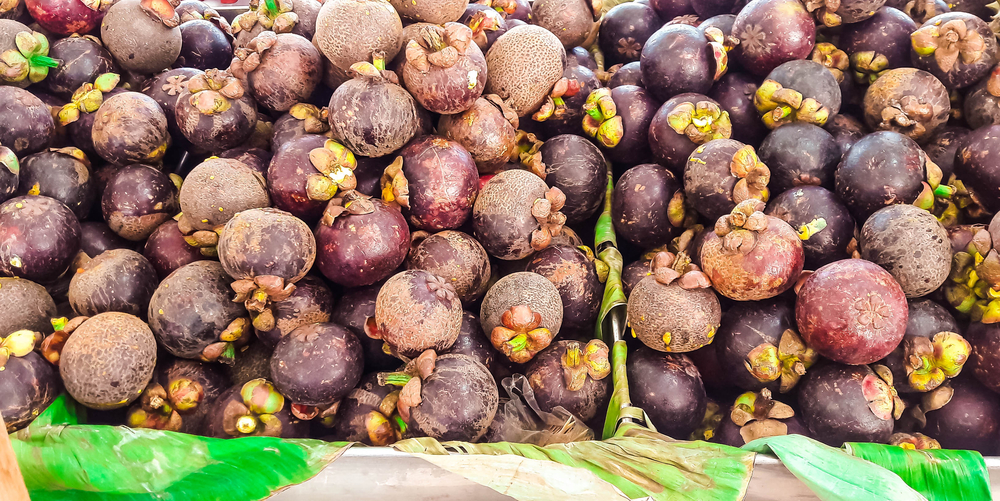 If Durian is the King of Fruit, Mangosteen had secured the title as the Queen of Fruit. Apparently, the fruit is so delicious; Queen Victoria once offered a reward of 100 pound sterling to anyone who could deliver to her the fresh fruit. A British-born Malaysian author Desmond Tate also wrote that “By popular acclaim, the mangosteen is held to be the most delectable of all the tropical fruits, and it has been proclaimed their queen. There is no doubt about the luxury of its taste. It has won unstinted praise down the ages from all who have countered it.”

Mangosteen is a native plant to Sunda Islands and Moluccas of Indonesia. The fruit is highly valued for its juicy, delicate texture and slightly sweet and sour flavor, and it is easy to find the ripen fruits here in Indonesia. The mangosteen has been cultivated in Java, Sumatera, mainland Southeast Asia, and the Philippines since ancient times. The plant must be grown in consistently warm conditions, as exposure to temperatures below 0 degree Celsius for prolonged periods will usually kill a mature plant.

The flesh of mangosteen fruit is sweet and tangy, juicy, a little bit fibrous, with fluid-filled vesicles (like the flesh of citrus fruits), with an inedible, deep reddish-purple colored rind (exocarp) when ripe. The size is slightly smaller than an apple with a reddish purple hard outer skin and a green calyx. The flower-shaped raised marks at the base of the fruit corresponds the number of segments contained inside. It usually consists of 5 to 6 segments. The flavor of fresh mangosteen resembles the combination of lychee, peach, strawberry, and pineapple. 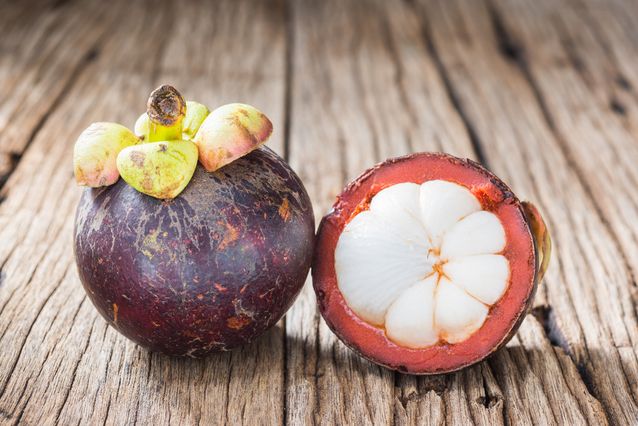 To open a mangosteen, the shell can be scored with a fruit knife, pried gently along the score with the thumbs until it cracks, and then pulled apart to reveal the fruit. Be careful during peeling of ripe fruits as the purple exocarp juice may stain skin or fabric.

Not only delicious, Mangosteen has been known as a fruit that has many health benefits; that is why it’s always on demand. It has been used to naturally treat a wide variety of health concerns for centuries by the people Southeast Asia. Benefits include being high in fiber yet low in calories, as well as having a good serving of vitamin C. And there are more benefits that you can get from this delicious fruit, such as: 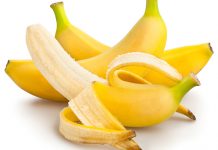