Home Living in Indonesia The Indian Community in Medan

There are estimated 50,000 (this are indicative figures) Indians and PIOs living in the entire Sumatra region, mostly Tamils speaking Hindus and Muslims from Parangipetta, Malabar region of Kerala and from Uttar Pradesh, Sikh traders and farmers from Punjab and Sindhis. Most of them are based in and around North Sumatra Province. Other provinces such as of South Sumatra, Jambi, Riau and Aceh also have sizeable Indian communities.

During the latter part of 19th century and early part of 20th century, large number of Indians were brought as plantation workers, later they settled as traders, farmers and money lenders. In 1930s, the number of Indians was around 30,000*. At the time of Second World War it went down to around 20,000* but after 1947 and 1950s their numbers went up once again and today the Indian community forms a sizable part of the local population.

There have been free exchange of ideas customs and traditions between the Indian Community and local Sumatra population. The Indian community had adjusted and incorporated several elements from the Sumatran Society. They are well blended with Malais and Bataks. The predominant Tamil and Punjabi groups have freely exchanged elements from the Indonesian society. There are four sikh gurudwaras in Medan itself and at least three in other places in Sumatra. Around 20 temples used to exist in the past out of which 10 have regular visitors. The gurudwaras and Tamil temples in Sumatra region are managed by efficient local communities. The Perkumpulan Masyarakat India-Indonesia (PMII), i.e. Indonesian-Indian Community Association, Medan, is one such example. It has been organizing festivals, celebrating Durga Puja, Gandhi Jayanti, Independence Day and Republic Day regularly.

Originally, a large number of migrated people were holding Indian passports. According to the statistical year book of Indonesia, in 1977-1978, there are about 10,0000* Indians and PIOs in Indonesia, out of which 40,000* were in Sumatra alone. Over the years, the number of persons holding Indian citizenship had been increasing. Most of the Indian nationals have come as expatriates. They are employed in various sectors such as Corporate, Services, Infrastructure, Engineering, Hotels and Tourism etc. A large number of Indian expatriates are saturated in the Batam Industrial Area in the Sinar Mas group, the April Group at Kerinci etc. About a dozen Indians are engaged in the pulp & rayon factories at Porsea near Parapat. Besides, a large number of representatives of Indian trading companies are based in Padang, Bukittinggi in West Sumatra. 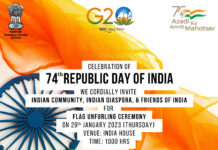 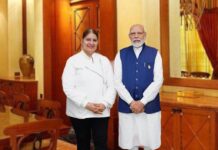