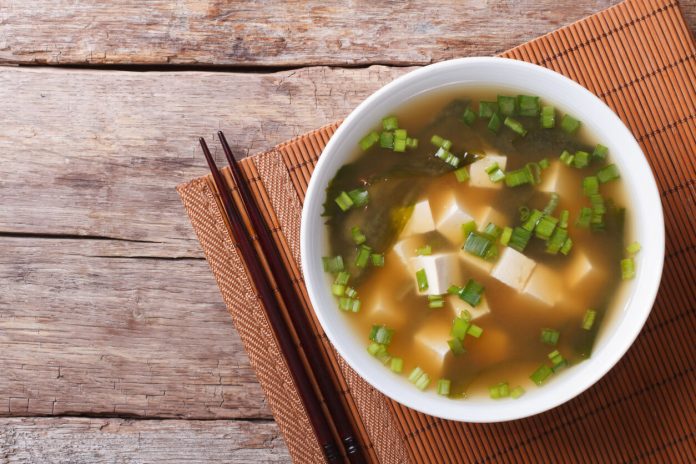 Today, Japanese cuisine has achieved global domination in which its dishes are known all over the world. Miso, an ingredient of Japanese cuisine is most known in the form of miso soup (scroll down for the recipe).

However, there is more to miso. Learn about its history, health benefits and also the different types of miso in Japanese cooking.

Although Miso is know known as Japanese, its origins are actually from China in the form of Doujiang. It was first created in order to preserve the beans, as the beans are an important crop for replenishing soil, but the beans spoil quickly. Fermentation was a way to preserve the beans and keep it edible. However, miso was believed to be a luxury food item limited only to wealthy aristocrats. It was just introduced to Japan around 7th century.

During the Muromachi era, Miso was prepared without grinding soybeans. It was later on when Buddhist monks found that soybeans could be grounded into paste, that it was introduced into new cooking methods to use miso for flavoring other foods. The manufacture process of Miso is simple and has led to spread of homemade versions throughout Japan. During Edo period in Japan, Miso was called kuki and hishio and assorted types of Miso were formed in Japan based on climate and culture. 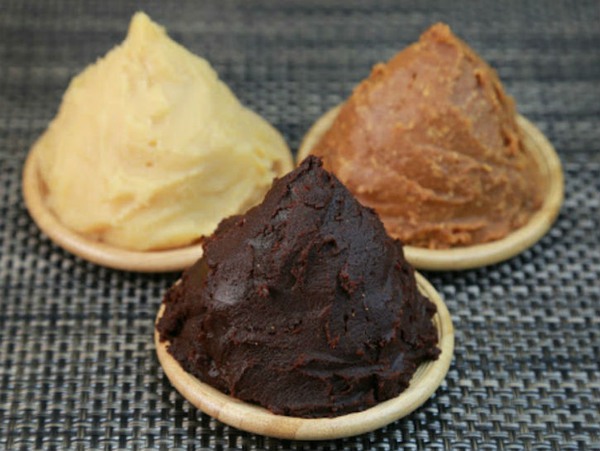 Miso is made from a mash of cooked soybeans and grains (usually rice or barley) mixed with salt and a fungus called Aspergillus oryzae, or koji in Japanese. The mixture is then left to ferment in crocks anywhere from a few weeks to over a year depending on the taste desired (whether you want barley miso, rice miso or others). It can also be pasteurized to extend its shelf life though it actually kills some of the enzymes in the miso. Afterwards, the miso will be packed in bags, jars, and distributed to markets. It’s usually kept in the refrigerator, extending its expiry date to one year after its been opened. Whatever the color, they all impart umami flavor, a meaty, earthy taste that’s not quite sweet, salty, sour, or bitter. 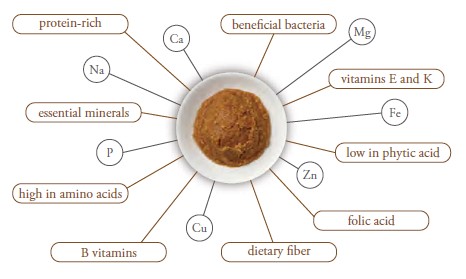 Here are some health benefits offered by Miso:

In need of good gut probiotics in your system? Then turn to miso at times like these. Since miso is fermented, it contains live active cultures which acts like a yogurt in digestive system. This is an especially good source of probiotics as it does not contain dairy for those who are lactose intolerant or have dairy sensitivities. As probiotics targets bad bacteria and pathogens, it also helps our immune system, enhance digestion, better cognitive health, reduce the chances of allergies, mood regulation, lower chances for obesity and appetite control.

As been written before, miso helps with our digestive system to make sure it all run smoothly without bad bacteria inhibiting it. As a result, it prevents the imbalance of gut bacteria which could cause diarrhea, constipation, bloating, gas and IBS. It can even be helpful for people who are suffering from serious problems such as candida viruses, food allergies, leaky gut syndrome and ulcerative colitis. Other than creating a harmonious balance of good bacteria in the gut, probiotics cleanse the system and is known to speed up the ability of the body to heal gut associated illnesses.

A study has proven that although Miso has a high salt content, it prevents hypertension. Researchers believed that sodium found in Miso acts differently in comparison to sodium chloride alone. The reason to this is thought to be due to longer fermentation periods of soybeans, rice grains and barley grains above 180 days.

The study shows that rats with systolic blood pressure that received 2.3 percent of sodium chloride showed a significant increase, yet the rats who receive same amount of salt from Miso do not experienced its negative effects. Miso, though contains high salt content is concluded not as harmful as the effects of sodium.

Probiotics are not the only ingredient that is present in miso, for it also contains antioxidants and vitamins which includes coumaric, feruic, phenolic acids, vanillic, syringic and kojic acid. All of these cumulates to the prevention of cancer. Its antioxidant content also improves, for it is a result of many months of years of fermentation. As a result, miso is also helpful for preventing radiation injury and progression of cancerous tumor. Mice who are exposed to radiation therapy in a study and are given miso are supposed to have healthy cell survival rates and also prevent tumor growth.

As miso is a soybean-based food that is preserved, it contains a lot of probiotics and certain enzymes. Such enzymes found in grains and beans such as manganese, copper, vitamin K, vitamin B and phosphorus allows better absorption of nutrients. Fermented soybeans are also known to include various phytochemicals such as isoflavones, vegetable fiber, melanoidin and saponin. Additionally, miso provides two grams in a serving of one tablespoon of protein are a good source of B vitamins, vitamins E and K, and folic acid.

After drinking at night, your body will be requiring water, amino acids, minerals and vitamins to flush out alcohol from your body system. Miso soup already has all these ingredients to make up for the night of drinking, especially it has sodium which will help to rehydrate.

The most commonly found and known miso is the white, yellow and red miso. However that is not all as miso can be customized depending on the ingredients and how long it takes to be fermented.

White miso (shiro miso) is made from rice and a small percentage of soybeans. Since its fermentation is also the shortest, it tastes mild and slightly-sweet. Because of its milk flavor with a touch of sweetness, it is best suited for lighter soups, dressings and sauces. 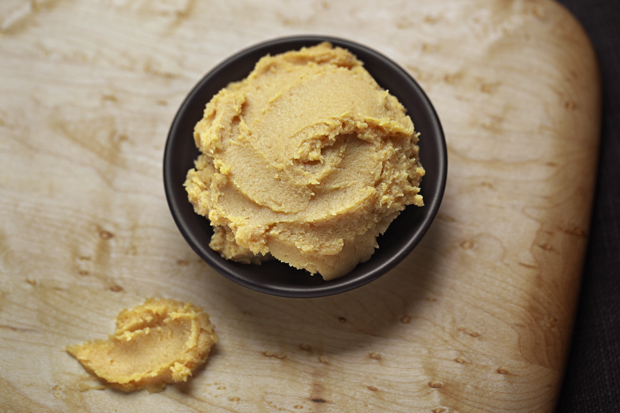 Yellow miso (Shinshu miso) is the middle ground between white miso and red miso. Using barley and rice as its main ingredient, its taste is not too strong nor too mild. This miso has a mild, earthy flavor and is suitable to be eaten as condiments with soups, marinades and glazes. 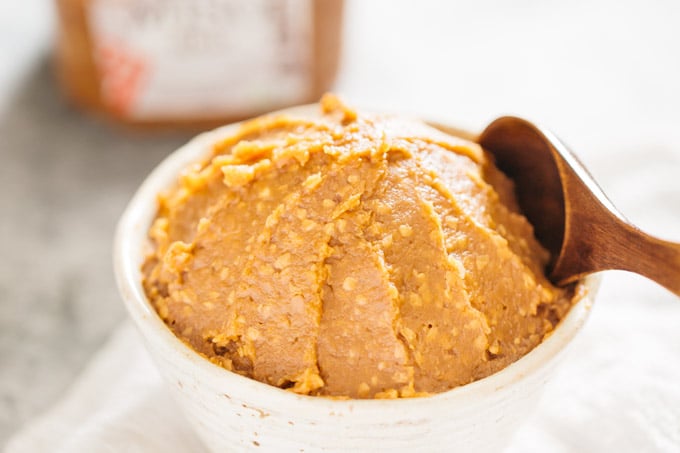 Red miso (Aka-Miso) is fermented the longest, with color ranging from red to a deep brown color. What differentiates it from other types of miso is that it’s components include higher amounts of soybean and barley instead of rice. It’s known for its strong umami flavor and saltiness, making it perfect for heartier dishes, braises and glazes. 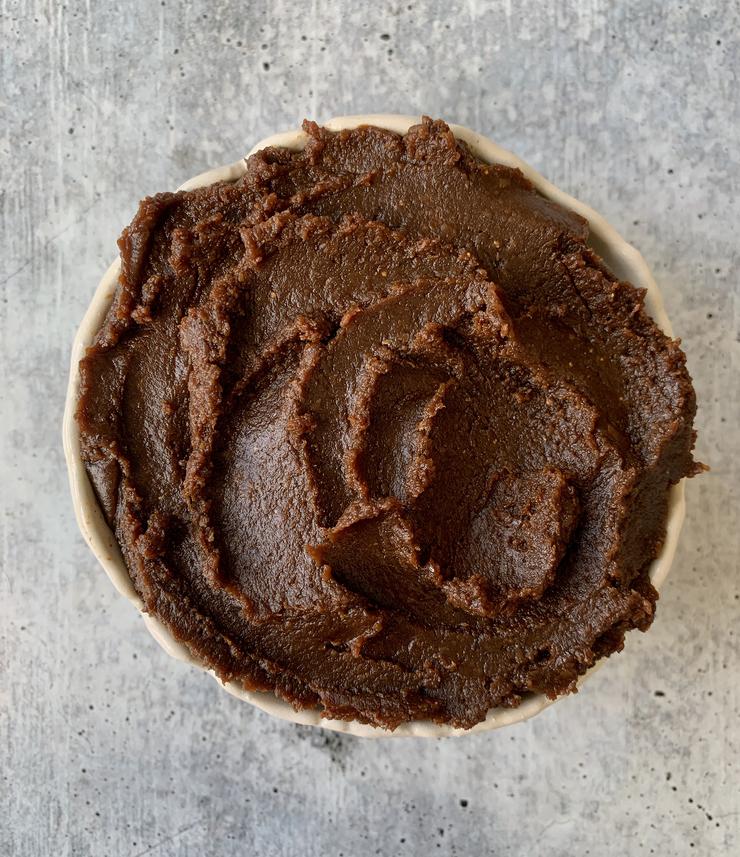 Genmai Miso: Other than the miso mentioned above, you can also find brown rice miso (or else known as genmai-miso), which tastes earthier. This type of miso is generally fermented for 6-18 months. It is suitable for the same sorts of dishes for red miso, though its flavor profile is quite different.

Awase-Miso: Awase-miso or chougou miso (mixed miso), on the other hand, is miso made by blending two or more types of miso paste together for another taste altogether. It is generally a mixture of red and white miso, which makes it a versatile ingredient that could be used in various Japanese dishes. What makes is so versatile is that is has the depth of flavor and richness of a stronger miso, but is also less salty and intense.

Mugi miso: While other miso is made from rice, Mugi miso is made from barley, soybeans and salt, producing a whitish miso that is produced Western Chugoku, Kyushu, and Shikoku areas. But because of the barley ingredient, it is said to have a particularly sweet barley flavor. Meanwhile, reddish mugi miso which possess a peculiar smell is produced in the northern Kanto area. The fermentation process of this type of miso is usually one to three years and is usually used to season rich soups, stews, beans, sauces and spreads.

Hatcho miso: This is made with just soybeans, and no grains. It’s very dark in color, powerfully salty, and complex. Hatcho miso is available all throughout Japan, but it’s rarely used in daily meals. Because of its strong flavor, you can try it with mild, toasty ingredients like rice and sesame.

Ichinen Mame Miso (One Year, Regular Soybean Miso): This miso is similar to hatcho miso, although it bears two distinct differences. First, the aging time is reduced. Second, it uses the standard Aspergillus oryzae mold produce the koji (fermented grains). For that reason, it has a flavor similar to hatcho miso though it is milder, lighter in colour, and less rich.  It is also softer, due to its higher water content.

Mellow Hawaiian Miso: Mellow Hawaiian Miso, or also known as Hawaiian-style miso was developed in Hawaii. Due to its mild, relatively sweet, less potent miso paste, it’s also a versatile type of miso that can be used in a variety of dishes. Ideally, it tastes well with sweet and savoury dishes as it doesn’t overwhelm the flavors already present.  White mellow miso is the most common, but red miso is made as well.

Gokoku Miso: Gokoku Miso literally ‘5-grain’ miso, the gokoku miso is made with wheat, barley, rice, proso millet, foxtail millet in addition to soybeans.  For this miso, the flavor is fairly strong and distinctive.

Sotetsu Miso: Miso made from the seeds of a species of cycad is also called Nari Miso. Although Nari miso is currently experiencing a cultural revival in the area, it is still largely unavailable outside of Japan. Modern nari miso is made with wheat and soybeans along with the cycad (sotetsu or nari) seeds. It’s important to note that improperly prepared cycad can be toxic, which is why nari miso should only be purchased from a knowledgeable miso maker.

Rye (Raimugi) Miso – This type of miso is made from rye grains and is relatively new in Japan. There is not much information on this miso, but it’s ingredients are said to be wheat, rye and soybeans. Ideally, it is cooked with bread.

Soba Miso: Soba Miso, also known as Buckwheat Miso is relatively uncommon but still using traditional methods in order to process it. Ingredients include buckwheat and wheat during fermentation process. The taste is strong and distinctive, and will be familiar to any who have tried soba noodles or other buckwheat products.

Taima Miso: This type of miso is also called the hempseed miso, as it contains hempseed during the fermentation process in addition to rice. For that reason, Taima miso has a very distinct hemp taste and aroma. Although hemp is an important crop in Japan, this variety of miso seems to be more common among miso makers in the west.

Name Miso (spelled Nah-may mee-so): Name miso basically means “finger-licking” miso, an allusion to its popular flavor. This type of miso is made by fermenting finely chopped salt-pickled vegetables in a specialized miso base. Since there are different varieties of koji and an array of vegetables and seeds, name miso also has numerous sub-varieties for you to try.

Nanban Miso: Nanban Miso, which literally means “Southern Barbarian” Miso, has changed meanings over the centuries, but now refers to miso mixed with hot chilies and other spices to be used as a dip or sauce. 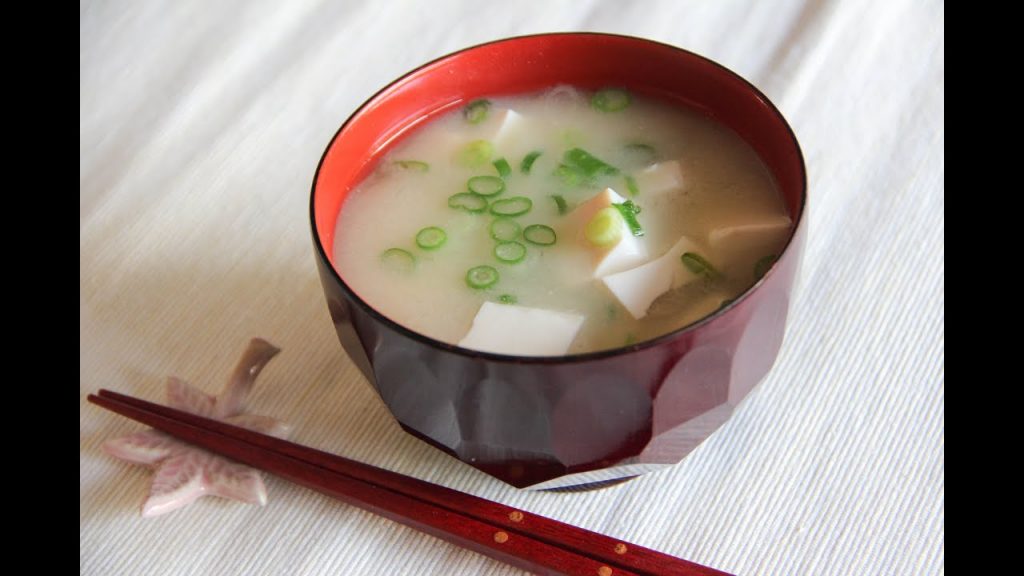