Home Life Food Feeling hungry for sweet & savory snacks? Here are the 10 most... 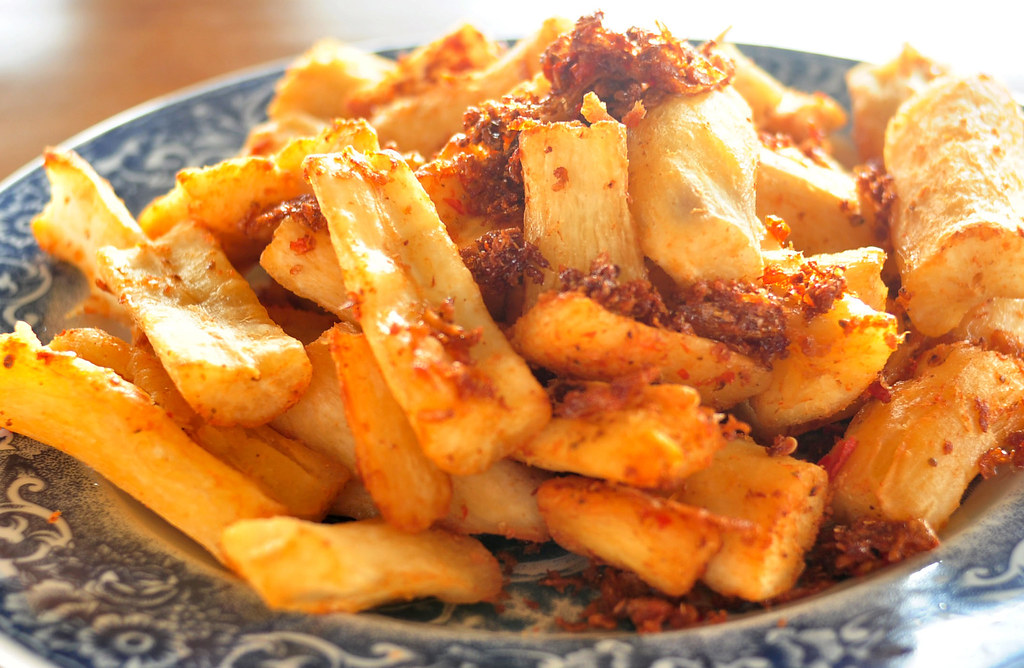 Other than rice, cassava is another ingredient that is widely used to make food in Indonesia. It’s neutral taste also allows it to be transformed into a variety of dishes from sweet to savoury. Depending on your craving, you can satisfy every taste by choosing a dish made by cassava.

Here are the most famous cassava snacks you can try: 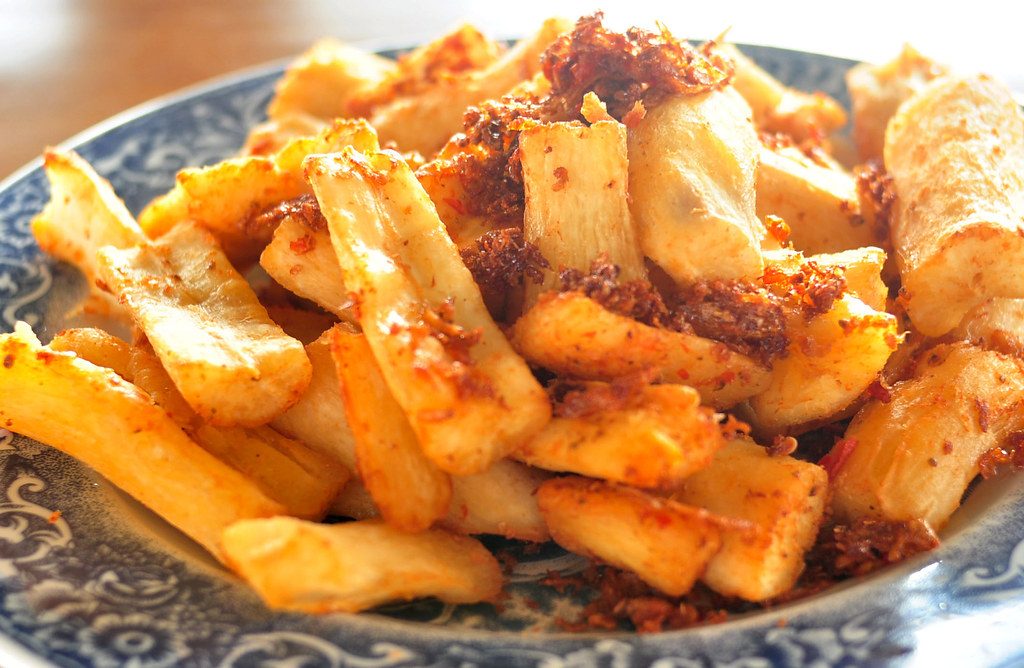 The most basic type of cassava snack is fried, in which the cassava becomes crispy on the outside and deliciously soft on the inside. This famous dish is found in Bandung, where there are also new versions of it cropping up ever so often. It is made by soaking the singkong in cold water, until it expands. The frying will therefore be delicious as the outside will be made crispy and savoury while the inside soft.

Looking for a more contemporary approach to this snack? The latest version of this snack is added with cheese gratings or flavouring. 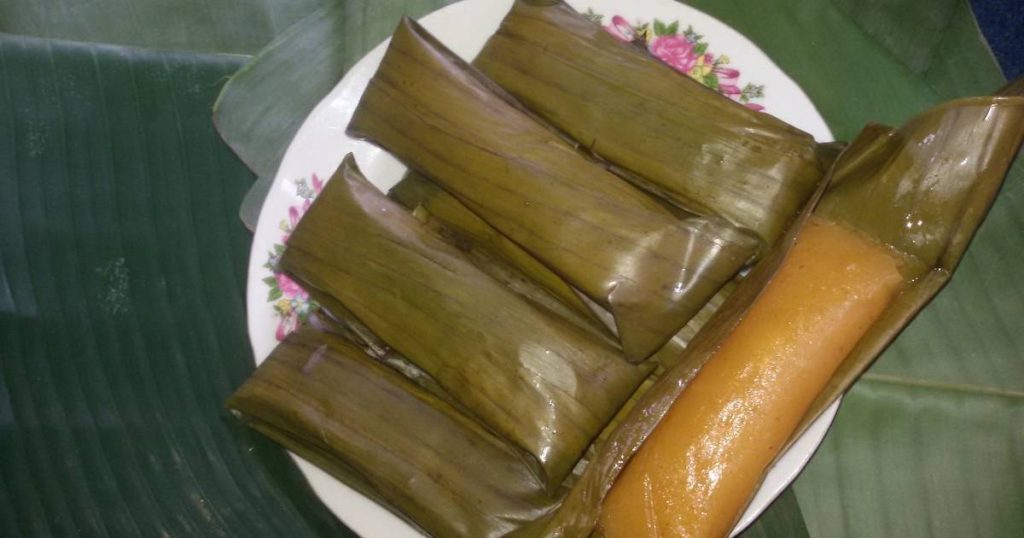 Timus, on the other hand is a sweet snack that originates from Jogjakarta. It’s fairly easy to make since it only uses brown sugar, coconut and cassava. The best way to eat it is while the snack is still warm, with a side drink of hot tea. Sweetness of timus will contrast perfectly to the bitter hot tea as an afternoon snack. 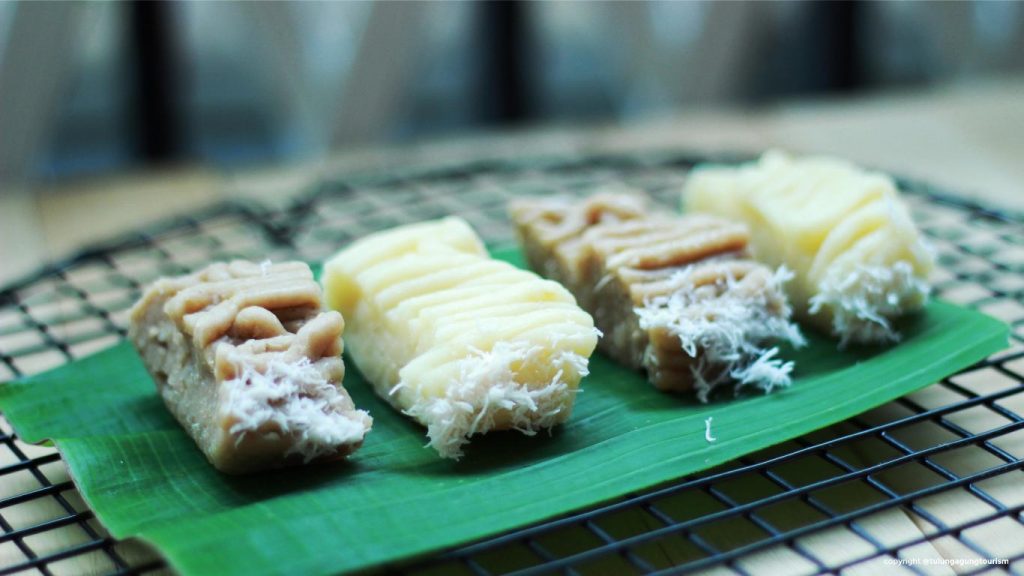 This snack is particularly popular in central and east Java. Made from cassava with coconut shavings, the taste is soft, savoury but very sweet at the same time. This snack is eaten with palm sugar that is meant to add sweetness to the snack. Interestingly, this snack is said to be a part of the independence struggle in which fighters would consume this singkong dish in times when their resources where low.

Sawut is another snack that originates from Java, in which the word sawut comes from serabut (or wood shavings). The cassava itself is made to be sweet, but with a savoury taste from coconut shavings. Other than being made into an afternoon snack, versatility to this dish is endless as it was even eaten to replace rice as the main carbohydrate in a meal. 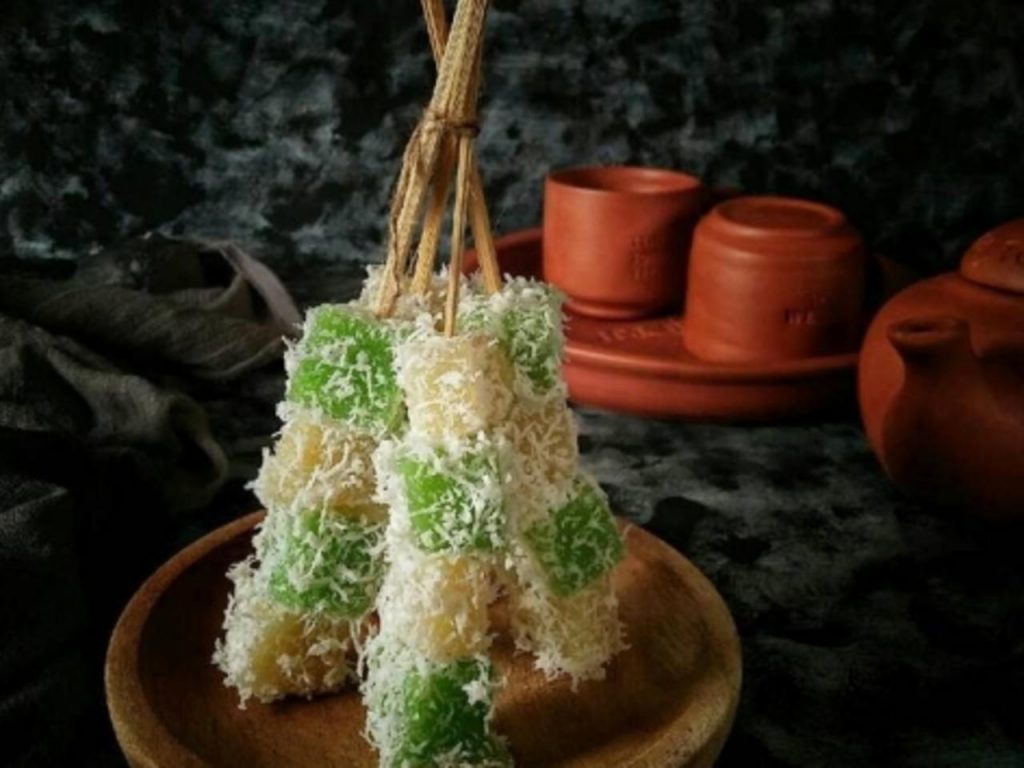 Ongol–ongol from west Java shares similarity to cenil, but its colors and serving method differentiates it from cenil. Ongol ongol is usually covered in coconut shavings without being drizzled in liquified palm sugar. The ingredients from Sago flour, palm sugar and pandanus leaves also makes this a sugary snack. For that reason, it is ideally eaten with plain hot tea. 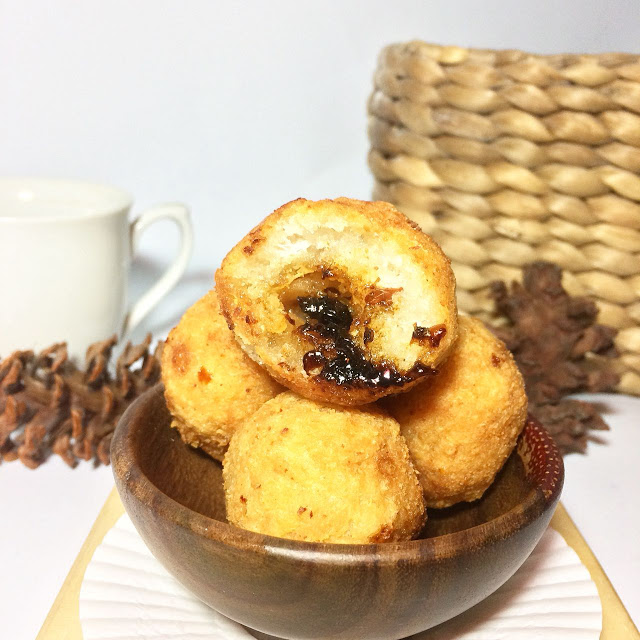 Cemplon is the sibling of the hot and spicy combro. As combro is spicy, cemplon from Yogyakarta is sweet. Again, this snack is much more delicious to eat when it’s still hot and fresh after just being cooked. It’s also one of the most easier snacks to be found in the market along with other snacks. Being a sweet dessert, many would eat it in the afternoon with bitter hot tea. 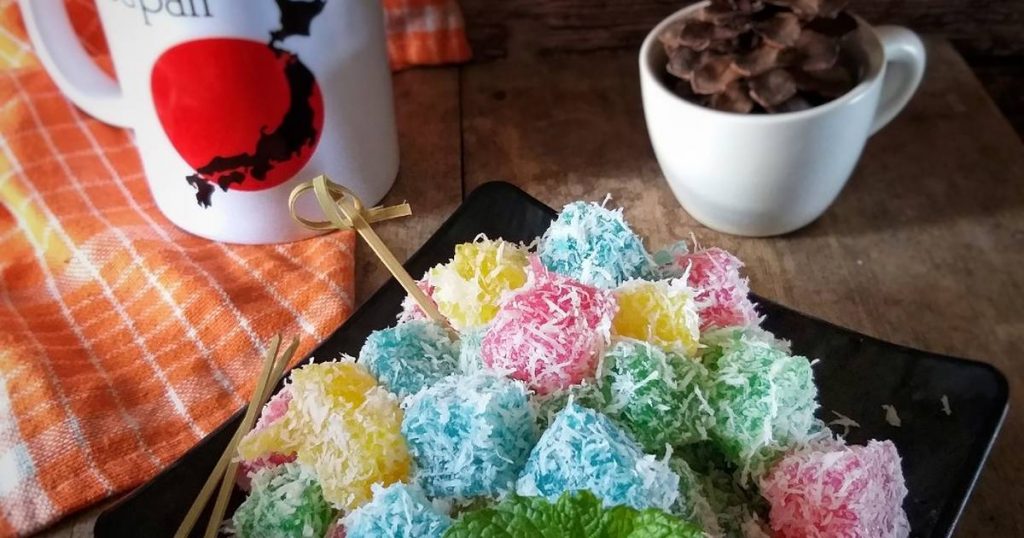 Similar to ongol ongol, cenil (or klanting) is made from cassava and rolled in coconut shavings. The difference is that it is not served on a stick but rather served on plates to be picked with forks or toothpicks. Afterwards, liquified palm sugar is then drizzled on top of it to add sweetness to the snack. 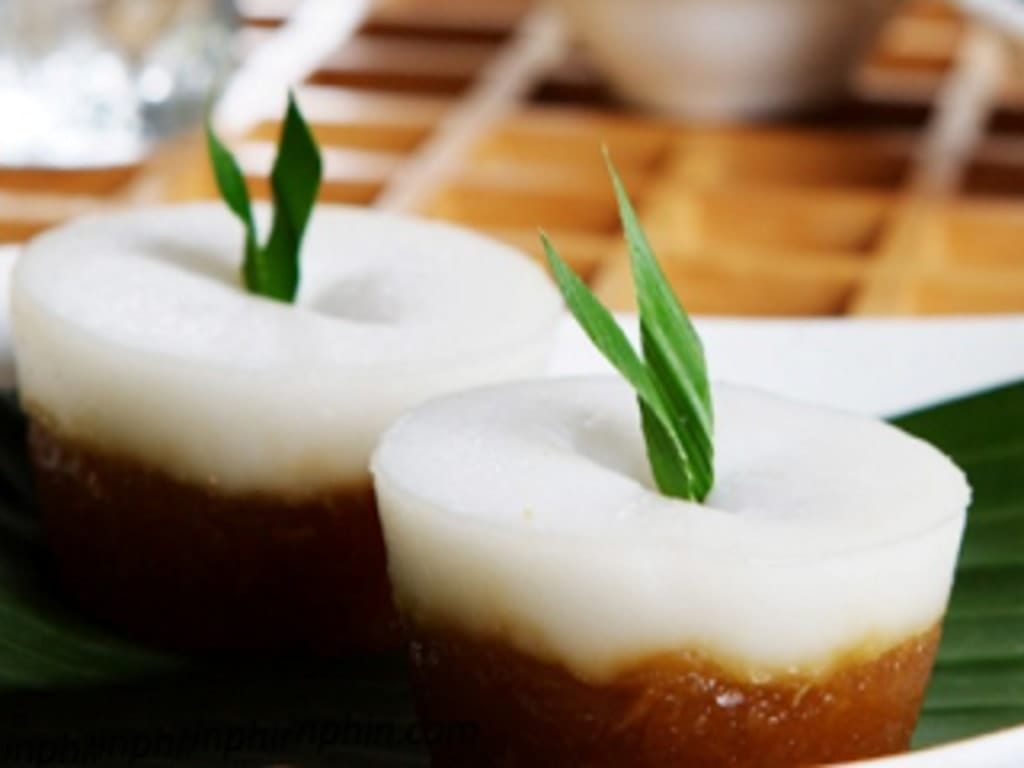 Chewy and sweet, this snack found originally in Jakarta is commonly found in traditional markets. Made from cassava with a mixture of palm sugar and a savoury twist, you will sure enjoy this dessert. Lovers of this snack usually eat it served with hot, plain or bitter tea. 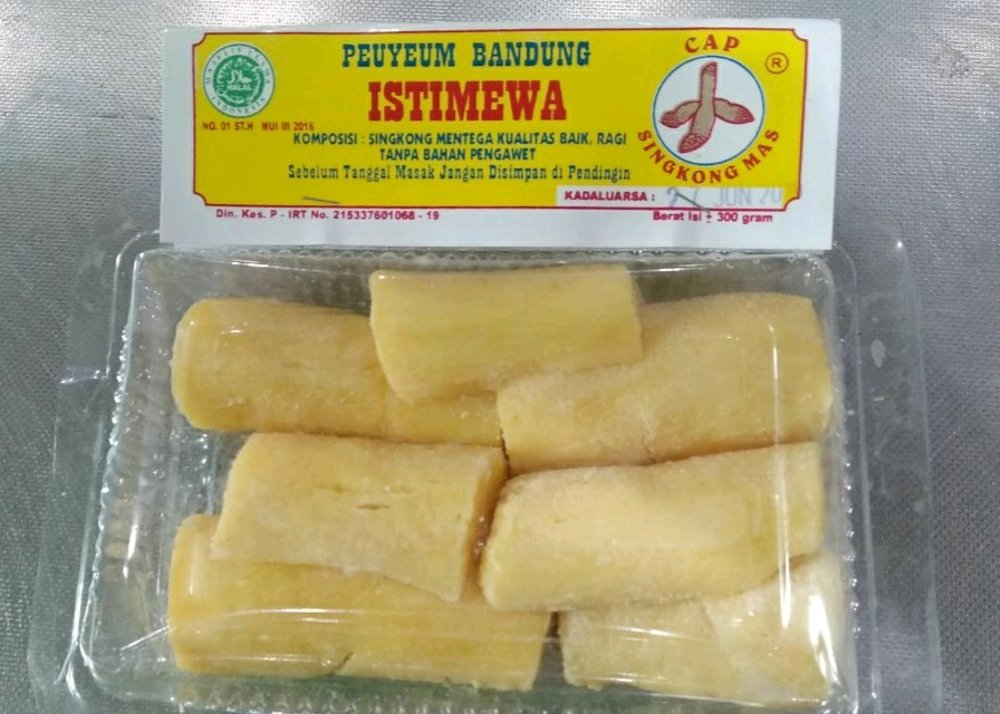 Bandung also has a cassava snack which it is most known for. Chewy and savoury, peuyeum singkong is made by covering the cassava in yeast. This snack is quite popular in several areas in Indonesia and can even be eaten a variety of ways from eating it by itself to serving it with es campur. 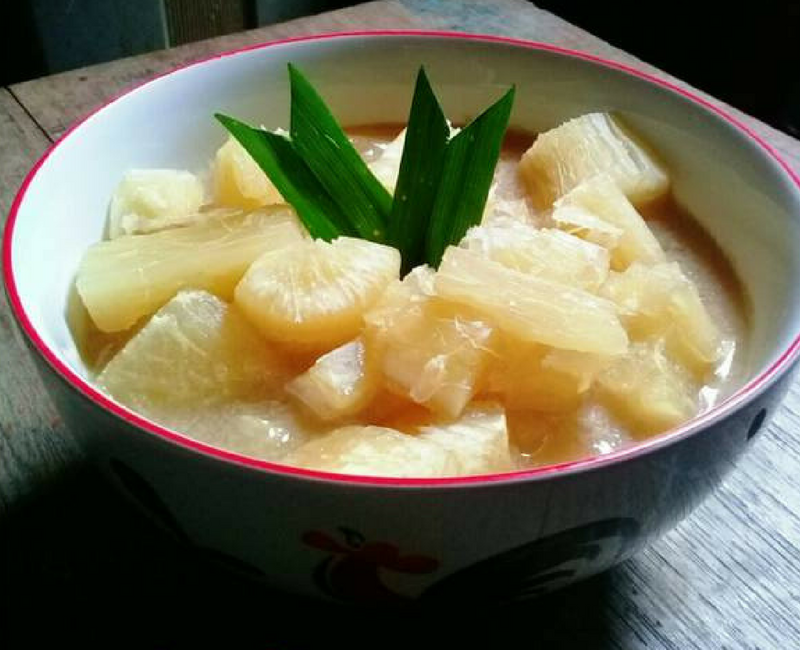 Considered to be one of the most popular snacks, kolak singkong is especially easy to find during the ramadan period. Unfortunately there is not much known about its history and origins but rather that it was found when Islam was starting to spread in Indonesia. Currently it is known as the snack to eat during the ramadan period, served in a warm bowl with some jackfruit or bananas.

Depending on the taste that you want, cassava can be made into many snacks from savoury to sweet. It is also very easy to find, in which each of these cassava dishes are found in nearly every market. Why not try these delicious cassava snacks? You might begin to like each and every one of it…..

Have you tried any of these snacks? Tell us your answer in the comments section below!