Many people would agree that Bandung is one of the food capitals in Indonesia. It is also the ‘birthplace’ of many funky, trendy, and delicious snacks such as Martabak, tahu susu (milk tofu), keripik setan (devil’s chips) and many more. So don’t miss out on these specialty snacks on your next visit to Bandung.

Although these snacks maybe available in cities across Indonesia, people say that these taste even more delicious in Bandung. 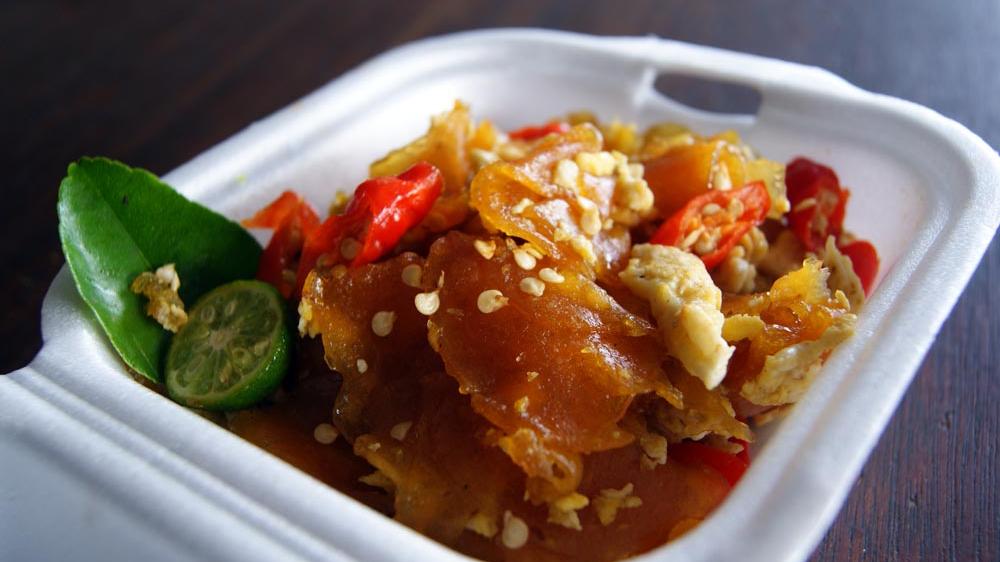 Seblak is Bandung’s specialty snack made of boiled crackers. Raw crackers are boiled and stir-fried with spices made from garlic, shallots, galangal, ginger, and salt. Usually other condiments such as egg, chicken wings, meatball, and vegetables also added to the food. It tasted better if you add chilies to the spice. Seblak is a perfect snack for rainy afternoon!

Where to get: Seblak Pak Haris, Jalan Moh Toha, Bandung 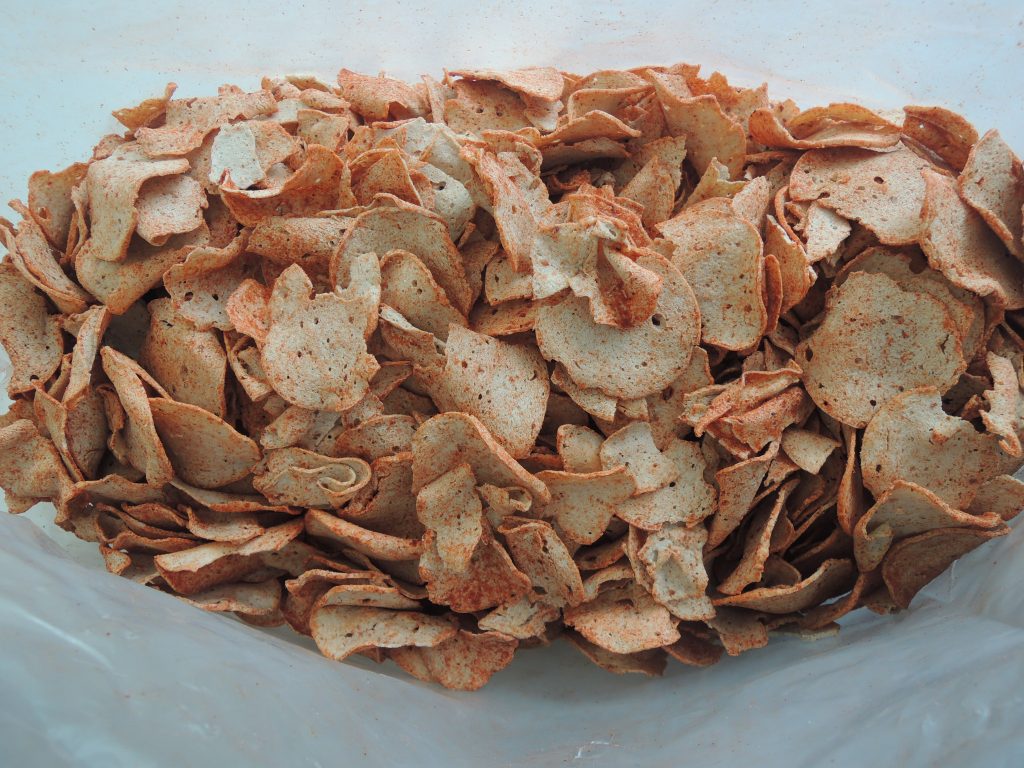 Basreng is an abbreviation of ‘baso goreng’ or fried meatballs. Usually, it is made of mackerel and flour paste that are dried, fried, and added with salty or spicy flavors. The texture resembles crackers, but harder. 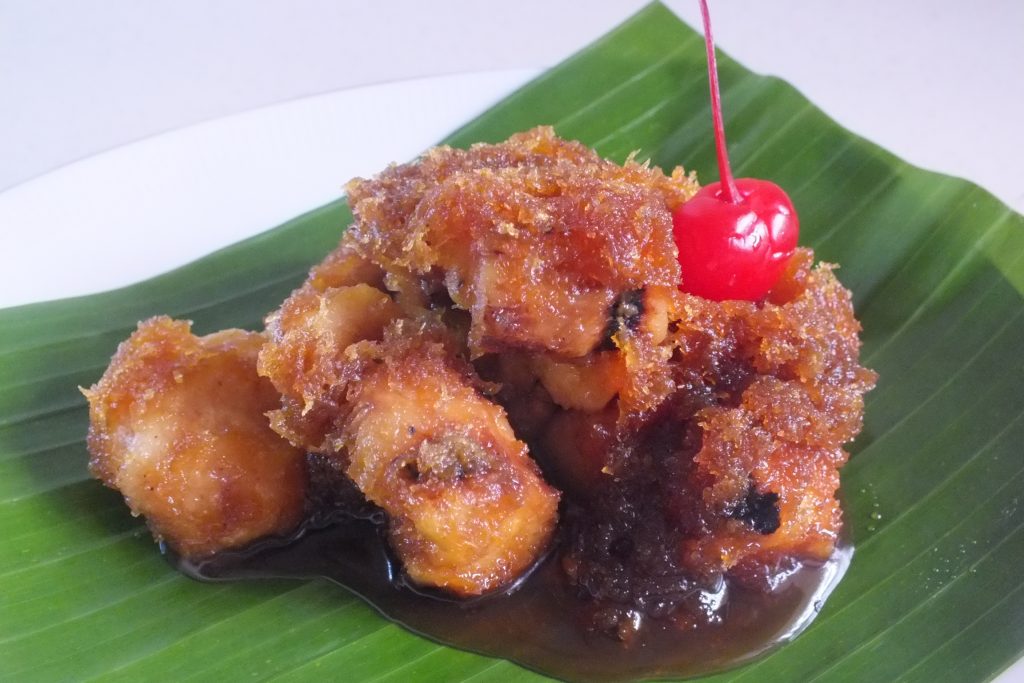 Bandung people are so creative in naming foods. Just like Basreng which is an abbreviation, Colenak is also an abbreviation of ‘dicocol enak’ (literally translated as ‘it tastes better when dipped’). Colenak is made of peuyeum (fermented cassava) that is grilled and served with grated coconut and palm sugar sauce. Trivia: it is said that the scorched part of Colenak tastes the best!

Where to get: Colenak Pak Murdi, Jalan Ahmad Yani No 733 (near Cicaheum terminal), Bandung 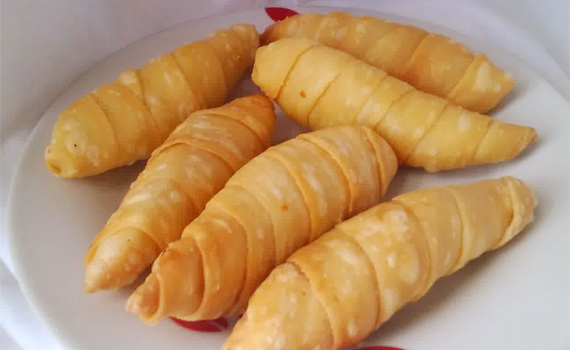 Basically, Molen is an upgraded version of Pisang Goreng (Indonesian banana fritters). Banana is wrapped with crust made of flour, butter, and egg, and then fried until crispy. There are two types of Molen: fried molen and baked molen. Baked molen usually has thicker crust and added fillings such as chocolate, peanuts or cheese. 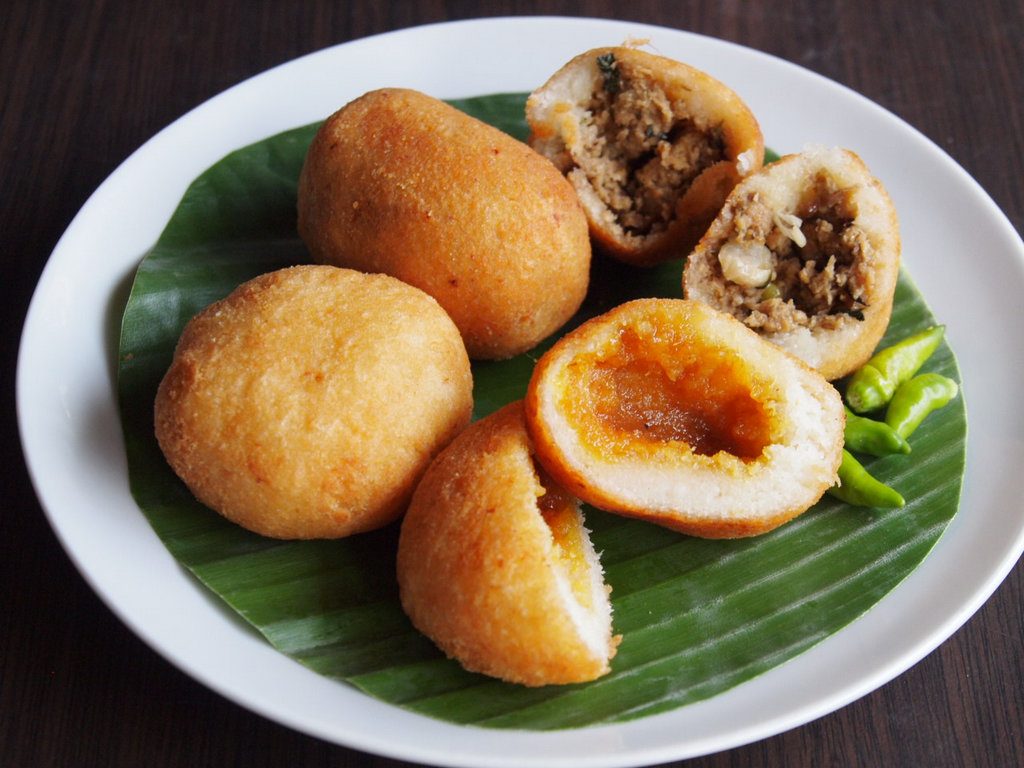 Comro is another fritters from West Java. This round-shaped snack is made of grated cassava and filled with oncom. The name stands for ‘oncom di jero’ or literally translated as ‘filled with oncom’. It tastes savory and a little bit spicy.

Where to get: Comro Ma’ Iying, Jalan Lodaya (near Lodaya Hotel), Bandung 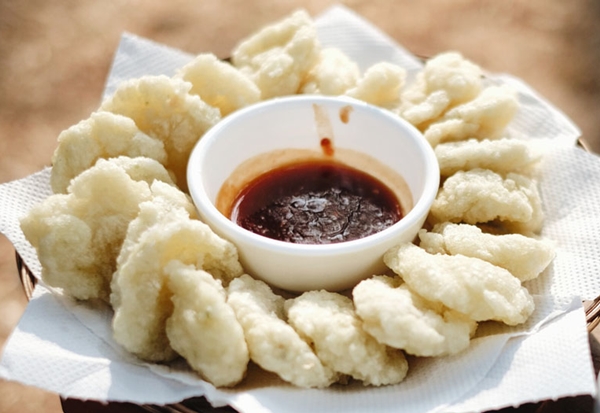 Again, this food’s name is an abbreviation—for ‘aci digoreng’ or ‘fried tapioca’. Cireng is usually served with soy sauce, peanut sauce, or spicy rujak sauce made of palm sugar. Now, there are more variations of Cireng, such as cheese-filled Cireng or corned beef-filled Cireng. It tastes savory with chewy texture—perfect for afternoon snack.

Where to get: Cireng Cipaganti, Riau Junction, Jalan LL RE Martadinata No 1721, Bandung

Which of these have you tried and like the most? 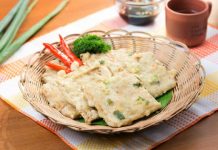 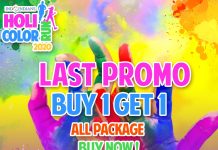