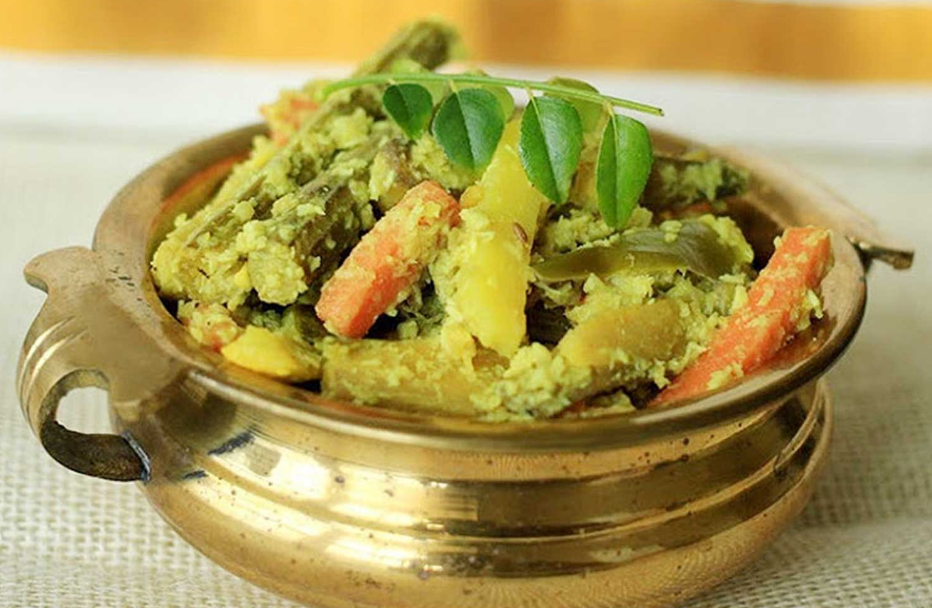 This recipe is deceptively easy and adapts to most vegetables. Avial is attributed to Bheema (one of the Pandava brothers) during their exile. According to the legend, when Ballav (Bheema’s name during this time) assumed his duties as the cook in the kitchen of Virata, did not know how to cook. One of the first things he did was to chop up many different vegetables, boil them together and top the dish with grated coconut.

Yet another variation tells the story: Bheema is said to have prepared Avial, when there were unexpected guests for King Virata and he needed to serve meals for them. There was no sufficient vegetables to cook any single recipe for side dish, so Bheema used what ever available vegetables to make a new dish, which came to know as Avial.

1-2 green chillies, sliced in half lengthwise