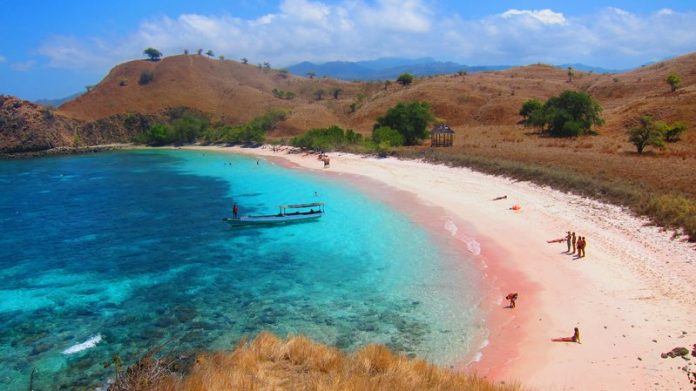 Tourists visit Indonesia for its pristine nature. Its natural wonders have successfully enchanted them to visit and experience it themselves. Amongst the natural wonders that Indonesia has, Labuan Bajo’s ‘Pink Beach’ or Pantai Merah is also one that many long to visit.

Pantai Merah is located west of Flores island in East Nusa Tenggara, at Komodo Island. This island is one of three larger and many islets that make up the Komodo National Park, which is home to the Komodo dragon. The Komodo Dragon is the largest living lizard, only found in Indonesia and takes the name after the island its living in.

What makes the pink beach so special is that it is the only one of seven pink beaches available all around the world with a beautiful scenery of pink sands, clear ocean and blue skies. The pink beach itself gets the name from the pink sands, colored the shade of red due to microscopic animals called Foraminifera, which produces a red pigment on the coral reefs. Fragments of red coral reefs are then washed ashore, mixing in with the white sands. This produces its famous pink soft pink hue that is visible along the shoreline as well as a few small segments along Komodo’s eastern bay.

Other than the wonderful scenery, visitors explore its marine life underwater. You can snorkel here and the water is super clear. It is a perfect practice ground for snorkelers and beginner divers as even the shallow waters are home to an abundance of species to keep you entertained. Other than that, the corals at the Pink Beach are still in excellent condition, which includes hundreds of species of both soft and hard corals with thousands of fish species. 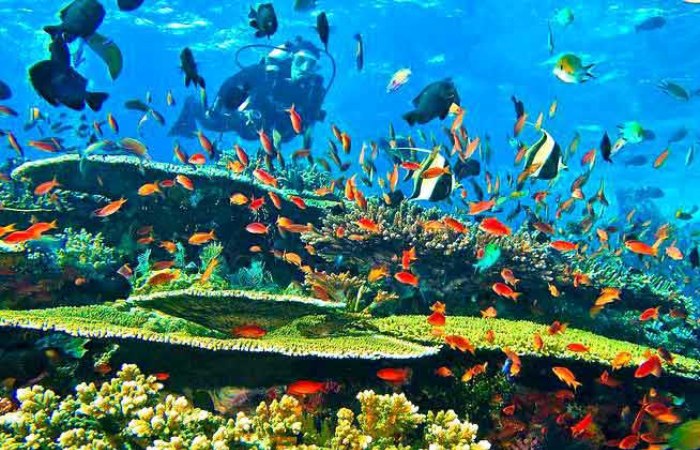 Besides going on water sports like kayaking, there are tons you can do to enjoy the pink beach. You can simply relax and get a tan or go on a leisurely swim. Photographers will have a good time here, as there will be plenty to take pictures from, especially the sunsets and stunning views.

Direct flights from Jakarta to Labuan Bajo is the easiest way to get there.

You and your family can get to Komodo National Park from via Bali, since Bali is one of the most popular destinations in Indonesia. This meant that it is an extremely well connected airport with international flights available from all around the globe. Meanwhile, domestic flights are available from all major cities of Indonesia.

After arriving in Bali, you will transit using a local airline that has daily flights to Labuan Bajo by small jet or turboprop planes. Labuan Bajo is the gateway to the Komodo islands.

The port in Labuan Bajo is about a 10-minute drive from the Labuan bajo airport. Using a speedboat, you will be able to reach the Komodo Islands. You can choose to dock straight to the Pink Beach or go trekking through the coral cliffs and mangroves by landing on the different side of the island, where you will be able to embark on the 4-hour trek by foot to the beach.