Certain dishes are eaten during the Chinese New Year celebrations for their symbolic meaning. These lucky foods are served especially on New Year’s Eve, which is believed to bring good luck for the coming year. The symbolism of these foods is mainly based on their appearance as well as pronunciations.

Here are the most common Chinese New Year foods that are consumed for good luck:

Longevity noodles (Chang Shou Mian), just like its appearance, symbolize a wish for long and healthy life. Chang Shou Mian are longer than normal noodles and served uncut, either fried or boiled.

In Chinese, “fish” (Yu) sounds like ‘surpluses or ‘abundance. Chinese people always like to have a surplus at the end of the year; so fish is a dish that should be served at New Year feast. Usually families buy a whole fish, which symbolizes unity, and it is typically steamed with ginger and a light soy sauce. It’s is also important to leave leftovers for the next day because this signifies that the prosperity will overflow.

This glutinous rice-based cake (known as Kue Keranjang in Bahasa Indonesia) actually can be found year round, but it is traditionally consumed during Chinese New Year for good luck. Nian Gao is a homonym for ‘higher year’—which means that you’ll be raising yourself in status in the coming year. Nian Gao is made of sticky rice, sugar, chestnuts, Chinese dates, and lotus leaves.

Tang Yuan is typically consumed during the 15th day of Chinese New Year celebration, known as the Yuanxiao Festival. The 15th day is also the first night a full moon is apparent during the lunar year. The roundness of the rice balls signifies a complete circle of harmony and unity within family. Usually, these sweet rice balls are filled with sesame paste, red bean, or peanuts, and served in a sweet soup.

Certain fruits are eaten during the Chinese New Year period, such as tangerines and oranges. They are selected as they are particularly round in shape and golden in color, which symbolizing fullness and wealth. Eating and displaying tangerines and oranges is believed to bring good luck and fortune due to their pronunciation (Cheng) which sounds the same as the Chinese for ‘success’.

Spring roll is a Cantonese dim sum dish that’s named after the Spring Festival. The golden color of the fried spring rolls represents gold bars, which symbolize wealth. Usually, spring rolls are filled with meat or something sweet.

The next Chinese New Year’s specialty is Yu sheng (yee sang) which is a Chinese dish in the form of a fresh fish salad (usually tuna or salmon) plus sliced fresh vegetables such as radishes and carrots.

Uniquely, Yu Sheng is usually eaten by being stirred together by everyone present, and held aloft while saying aloud prayers and hopes in the new year. The activity of stirring the yu sheng with sauce and then lifting it high is considered a symbol of hope and prayers that are said will be answered. The tradition of eating Yu Sheng with your family is called lo hei.

The next typical Chinese food is chicken served whole as a symbol of a whole and happy family. Not only chicken, sometimes this Chinese culinary specialty is replaced or served together with ducks.

The next typical Chinese culinary is sweets served in a box or an eight-square-shaped place. These octagonal candies are often called the “tray of happiness.” The presence of these sweets has many meanings such as candied lotus seeds which symbolize fertility and lychee sweets as a symbol of a strong family.

12 Cool Restaurants You Must Visit in Bogor 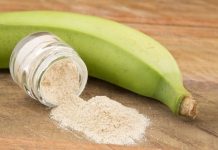 All About Green Banana Flour, Its Benefits & Smoothie Recipe 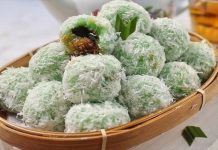 8 Indonesian Snacks that are Perfect with Coffee