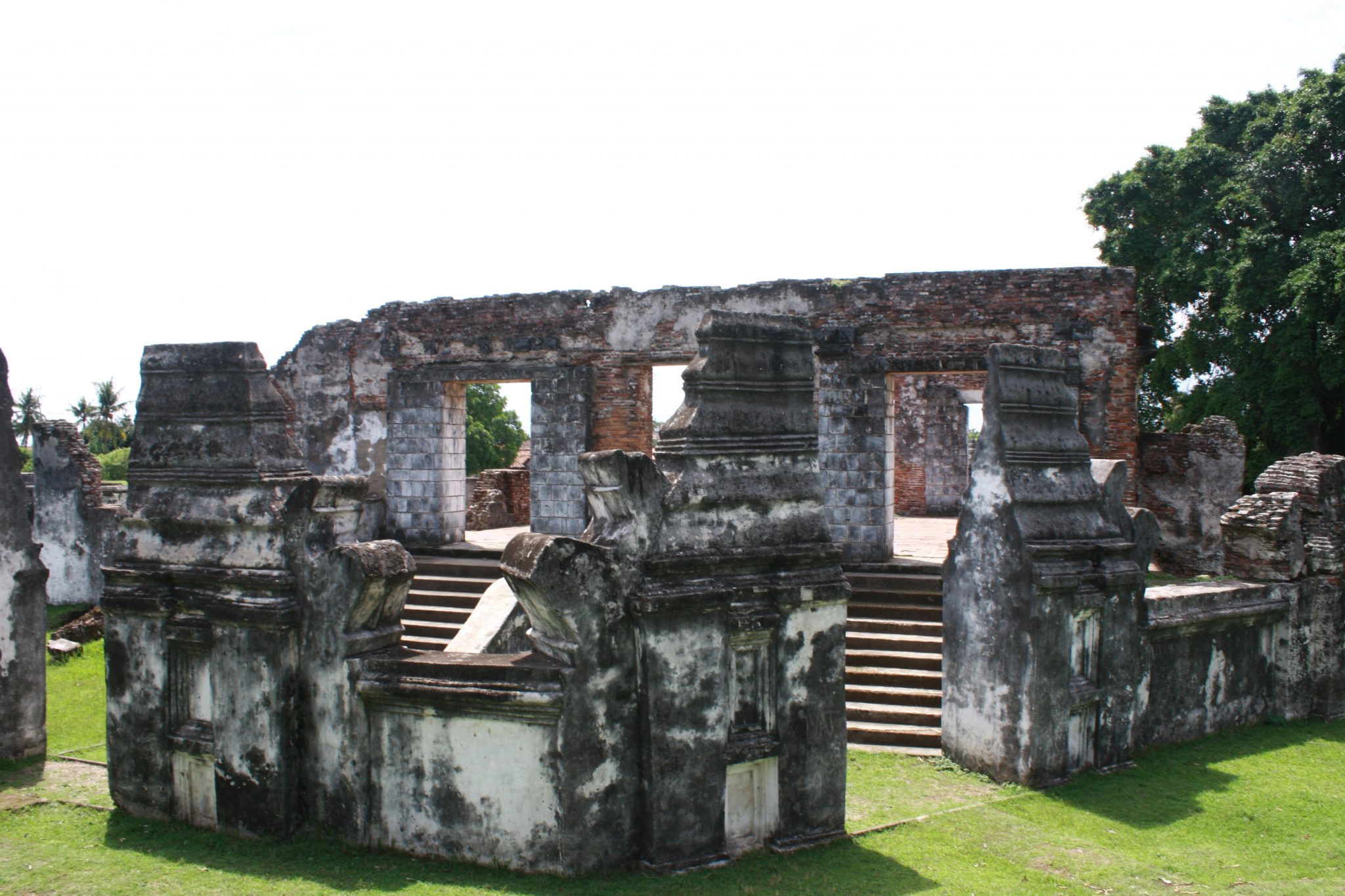 Indonesia is a country with a long history and rich culture. Despite modernization in several cities, there are still many locations where ancient, historical buildings are still perfectly preserved. The history is still fresh in the minds of the locals and remembered as a part of culture, identity and history.  Amongst the ancient remains of the kingdoms you can still visit in Indonesia, are the those of Keraton Surosowan in Banten.

‘Keraton‘ is the Javanese word for Javanese Palace. In the past, this 3, 8 hectares palace was known as Keraton Surosuwan, once the prosperous kingdom of Banten. The location was a particularly busy, in which the living space of the king became the center of political, economic, social and cultural activities. Surrounded by a high brick wall, it served as a glorious residence from 1526 to 1808 and was equipped with an aqueduct connected to a reservoir.

One of the defining features is the shape of the wall, made into a bastion shape more commonly found in Dutch fortresses. The unique shape of the wall not unlike a diamond earned it the nickname Kota Intan or Diamond Fort.

Interestingly, this royal palace was designed by a Muslim Dutchman Hendrick Lucas Cardeel and completed during the reign of the first sultan. The sultan bestowed him the title of ‘Pangeran Wiraguna’ for his services towards the kingdom.

Unfortunately, both the people and the kingdom disappeared after an attack by Dutch East India Company (VOC) in 1813. Ever since, it has been a reminder of its prosperous past when the location was made to be the glorious kingdom of Keraton Surosowan.

Like any other ancient locations in Indonesia, there are also said to be mystical presences in the location. People who visit at about 1 or 2 in the morning are said to witness sikapuk and sikumbang, a black and white panther roaming around in the areas. Locals believe that these panthers used to belong to the sultan himself. On the other hand, people who wish to see the animals must say the ‘salawat‘ (Islamic phrase said in arabic) before being able to see it.

Legend also mentions 8 ‘angels’ around the royal bathing pool. The women are said to be exceedingly beautiful, one of the angels dubbed ‘Putri Kembang‘ or ‘flower princess’.

Places you can visit:

Some of the the primary locations that tourists would visit include foundations of some pavilions, a bathing area in the south wing and two filtration tanks. 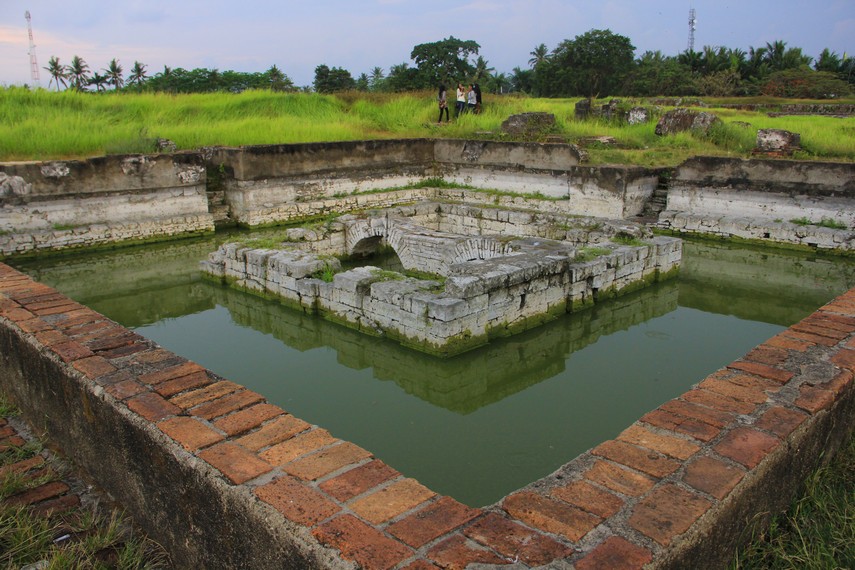 Roro Denok, locations where sultans used to rest in the past and ‘angels’ are said to appear. 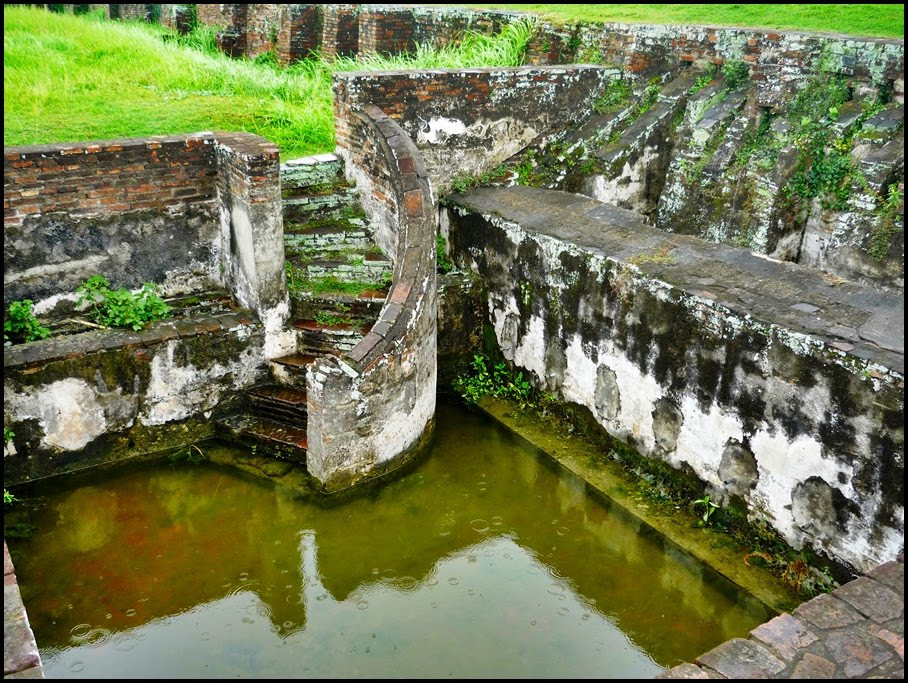 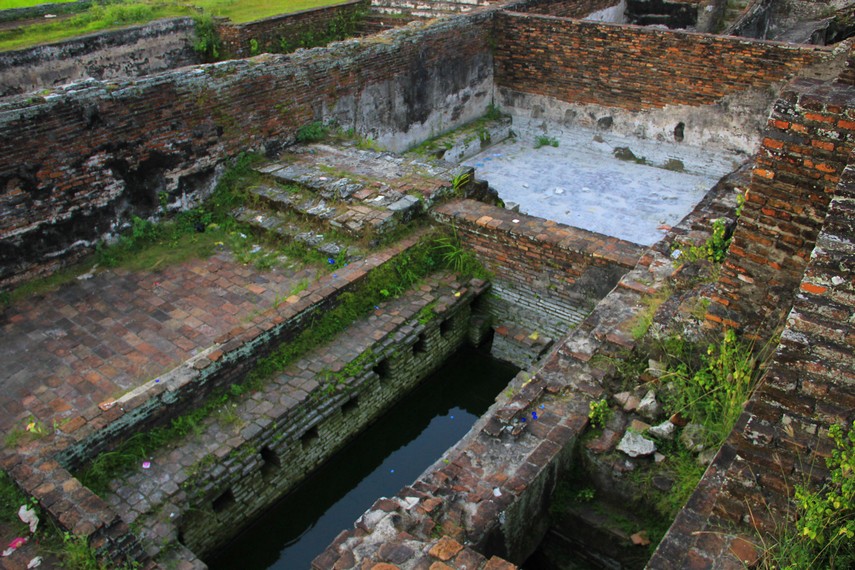 One of its unique filtration systems 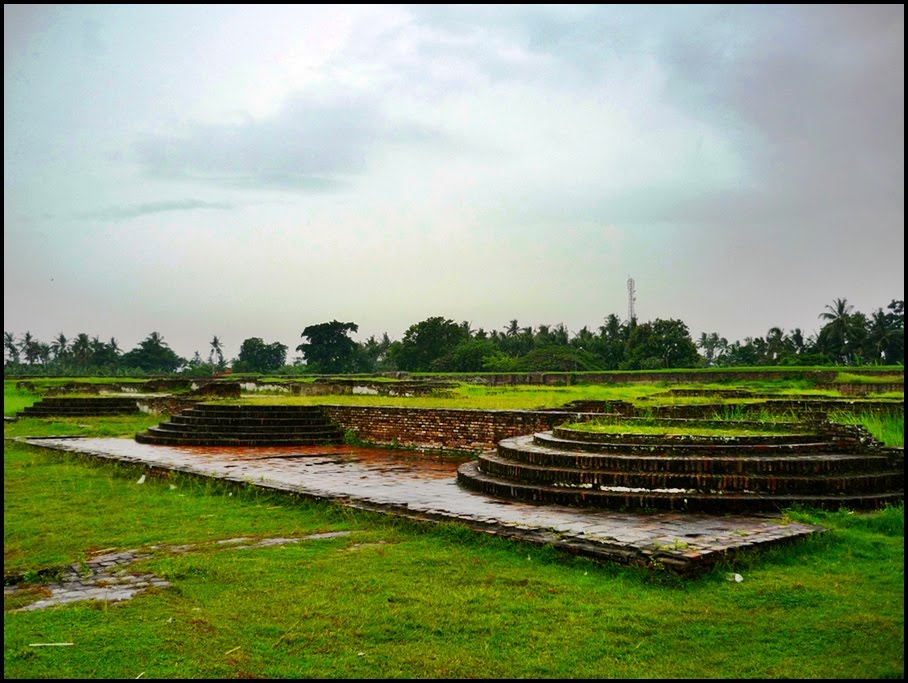 Foundation of the pavilions

There are plenty of places you can stay in Serang, Banten. You can choose from several of these places depending on your preference and liking.

With a distance of 82. 3 km, there are plenty of easily accessible transportation options if you are leaving from Jakarta. Visitors can use a variety of transportations from train, taxi or car.

Free admission for all.