Home Culture What is Kejawen?

Because of the long span of its history, Indonesia is one of the countries with the richest cultures in the world. The Javanese, being the most powerful and popular in Indonesia, has its own ancient way of life called the ‘Kejawen‘. Many have combined this way of life with whichever religion they follow.

Kejawen: a way of life

Many people in Indonesian may mistake Kejawen as a religion, when it’s in fact a way of life. Rather than pray to a particular God, it aims for its practitioners to find inner peace, balance within their lives. Other than that, there are 5 principles which people in Kejawen practice their faith.

In the 1st pillar, they believe that the Divine Creator is ‘Tan kinoyo ngopo’ which means ‘unlike others’. God is unlike anything that is ever known-powerful and utterly beyond human comprehension.

The 2nd pillar believes that people are named as ‘titah‘, a verse in the Creator’s “Tan kinoyo ngopo”. Indirectly, this meant that people are seen as a small part in a large ecosystem and even living in a small community of their own, as mentioned in  “jagad alit lan jagat gedhe“.

The 3rd pillar is about being knowledgeable is also one of the traits expected of Kejawen practitioners. Starting from understanding of the self, relationship with other beings around them and even being wise while attaining their powers.

4th pillar is that the Javanese are expected to be aware of their minds and their hearts. Beware of negative thinking, bad intentions, being angry, being delusional and much more.

Finally the 5th pillar, people are expected to be in a state of “slamet“, which means that people should be safe, wherever they are. Whether they are getting married, giving birth or even in the throes of death, ‘slametan‘ will be held to give the best wishes for those going through the journey.

Kejawen is also a spiritual movement that allows people from practicing other religions, so there are numerous branches. Some focus more on certain principles while others are a combination with other principles:

How to become spiritually balanced?

Practitioners believe in the super-conscious that controls, guides and changes one’s destiny. Contacting the super-conscious is usually done by regular and intensive mediation. There are different ways of doing it from ‘topo kalong‘ (hanging from a tree), ‘toppo pati geni‘ (getting away from light and fire for a day or more), ‘topo senin‘ (fasting on mondays), ‘topo mutih‘ (not eating any food that is salty and sweet) and ‘topo ngablek‘ (isolation in a dark room). Not only Not only will you achieve peace of mind, but those who follow through regularly will attain wisdom and gain physical power.

Meditation methods may vary as some practitioners have their own way of finding spiritual and emotional help. Usually, these practices are not done in modern buildings but at home, in caves or in the mountains. Fasting is also another way of cleansing your mind of material and emotional desires while creating discipline of the mind and body.

As been said before, Kejawen is a way of life made by the Javanese. As much as it is a spiritual movement, Kejawen is knowledge that can be used for good and bad for high-level practitioners. On the good side, it can be used to help people who are in need. However there are certain cases when the knowledge is misused for black magic. High-level practitioners will have to resist the temptation of using the powers negatively to gain benefits for their own selfish needs.

Kejawen practitioners who have turned over to the dark side are considered ‘dukun‘ or ‘shaman’, having immense power to cause harm or bless those who ask. Getting the attention of loved ones, having supernatural powers, making oneself invincible and immortality are just a few things that most people strive for. Their skills in black magic makes them powerful and highly respected in some areas of Indonesia. Dukun are still widely used not only for one’s selfish desires but are also involved in cultural ceremonies to bless and ward off harm during the event.

Cultural items is also used to practice Kejawen, in particular for black magic. These items that have gained notoriousness for being closely related to it: 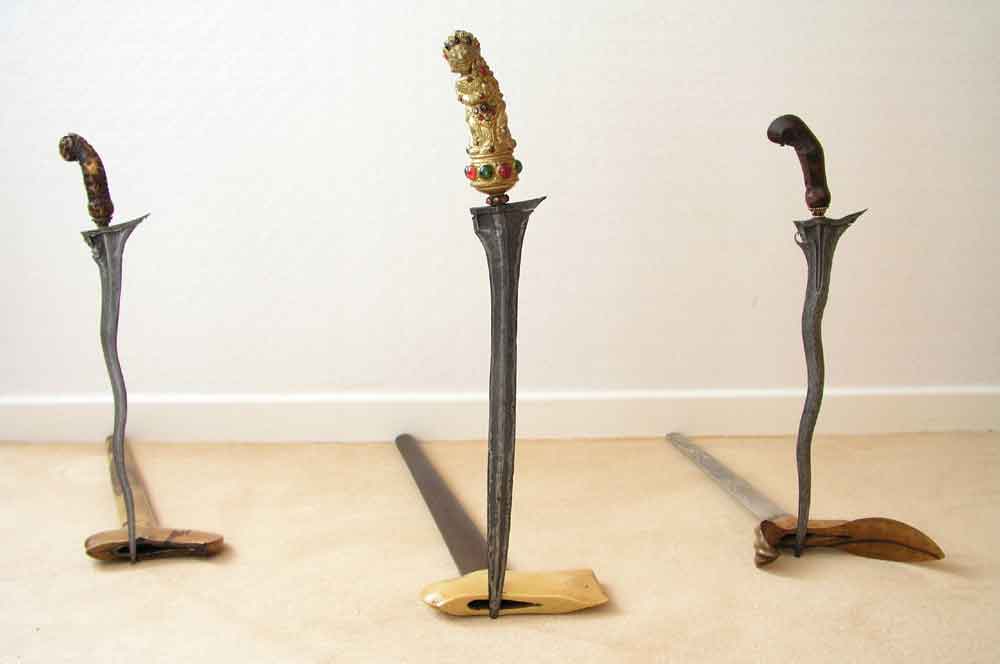 Keris: This is not merely a weapon, but an item that contains cultural and spiritual value. In the past, Keris can be handily used to fight at confined spaces. Keris then evolved and began to be endowed with a lot of power by its owner. As a result, many of the Keris had supernatural powers that would allow it to move on its own or grant its owner supernatural powers.

The keris is still seen to be extremely sacred today, as many is still said to have magical powers. That is also the main reason why many cultural ceremonies still require the use of Keris.

Wayang kulit: The infamous wayang show is also contains Kejawen beliefs. Although to many it is seen as a form of ancient storytelling, Javanese people have different beliefs about it. the magical value is not missed, as a wayang show is believed to call upon powers in the ancestors’ spirit or powers from God. Performances of wayang kulit variety are therefore extremely sacred and performed at ceremonies-it is believed that performing these would ward of bad luck and difficulty in life. 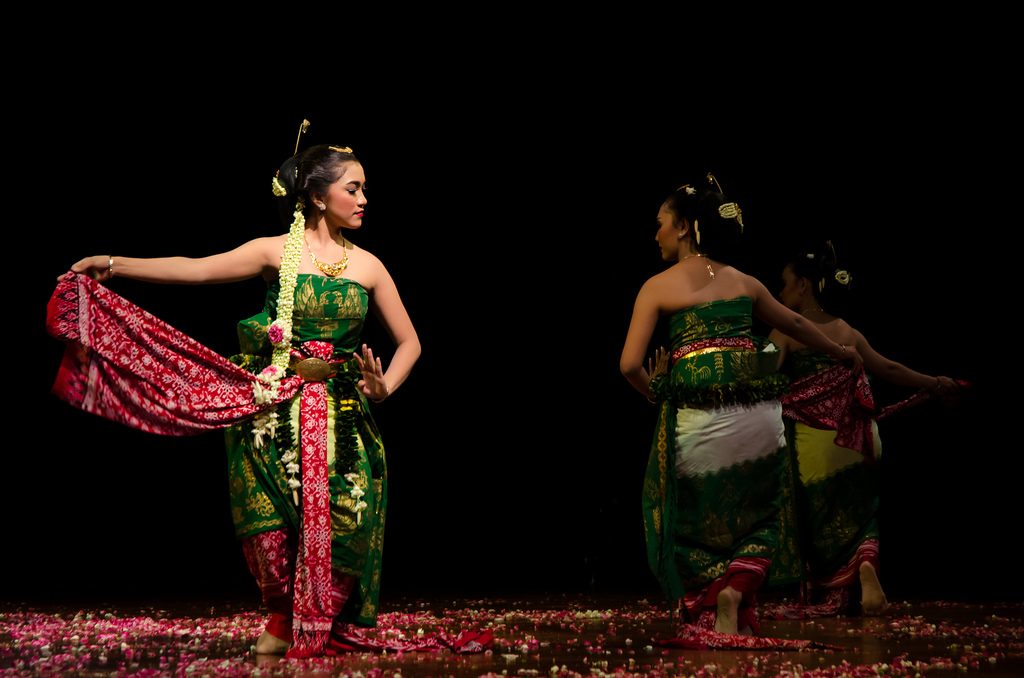 Dance: Javanese dances tent to be slow and calm. This is to convey the Javanese philosophy of always accepting circumstances and adapting to the situation at hand. It is no surprise that some of the dances are also said to have a mystical value to it. One of the most famous examples, the Bedhaya dance is a symbol of love to the Sultan of Mataram. The Queen of the South Sea, Nyi Roro Kidul is said to be present every time this song is performed. 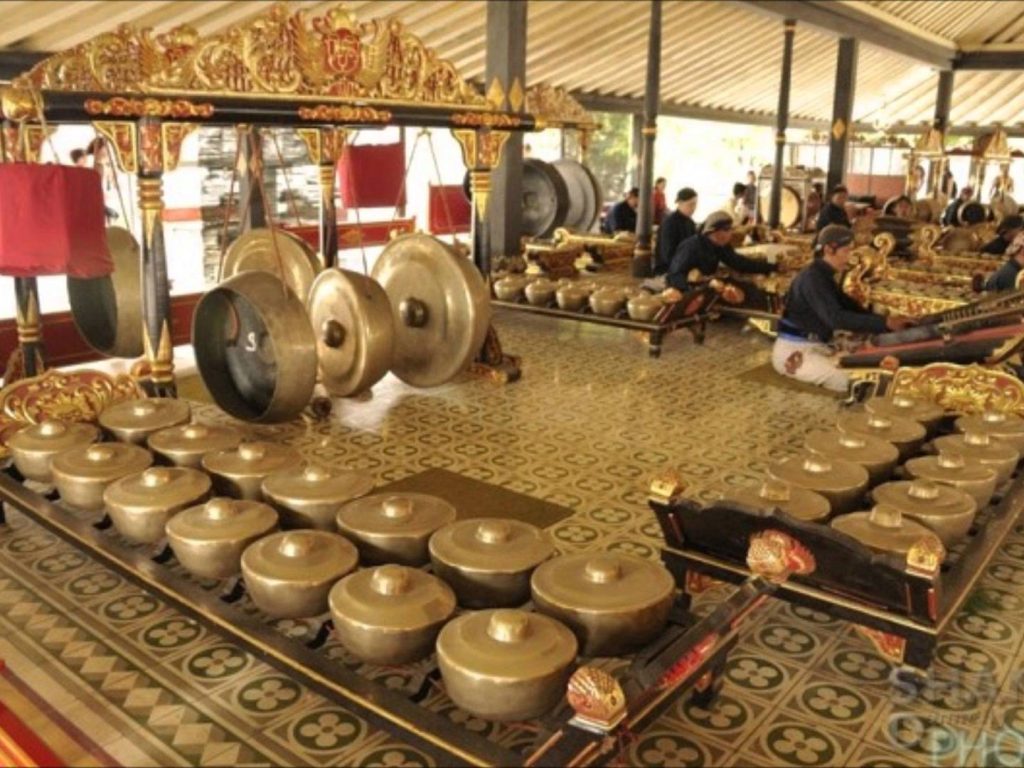 Music: Its traditional musical instruments, the gamelan is said to contain supernatural powers. There has been stories of the gamelan making sounds by itself when there was no one around that could have played it. A legend states that those who heard the mysterious sounds of gamelan at Yogyakarta meant that they will enjoy being there and will return one day.

Even when not being used, there are warnings that must be followed through. The Gamelans must be taken care of properly and must not be stepped over. In some cases, incense will be given to appease the spirits residing within.

The long standing practice of Kejawen has made it into a tradition of Javanese people, rather than a spiritual movement. Most of the things done are to instill good behavior in their lives. The spiritual value may have reduced compared to ancient times, but several beliefs and superstitions still persist amongst Indonesians to this day.