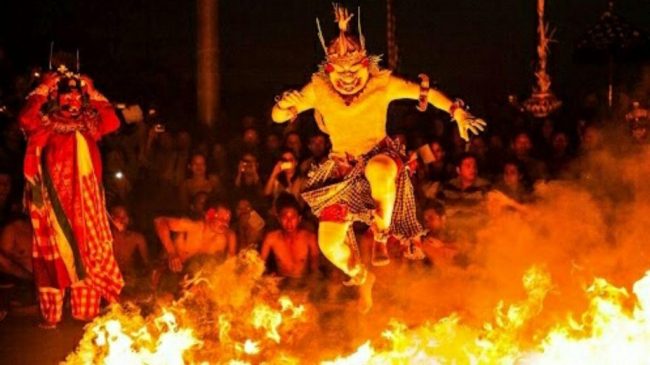 Indonesia is a land full of culture and traditions, because it comprises of many different cultures gathered together. Since the beginning, dance has always been an important part of Indonesian culture because they are used to celebrate important milestones in someone’s life, tell a story and used as a form of prayer to their Gods. To better understand and immerse yourself in Indonesian culture, we have compiled the list of traditional Indonesian dances you should know:

One of the most famous dances from Indonesia include Saman dance from Aceh. Saman dance has even been performed in many foreign countries and was included by UNESCO in the ‘List of Intangible Cultural Heritage in Need of Urgent Safeguarding’.

This dance must be performed by an odd number of people. Although at first they are performed exclusively by men, today women are also included in the mix. There is no musical accompaniment to it, but rather the dancers sing rhythmically.

Back then, it was used as a medium of prayer by the tribe leaders in which they gave useful advice to the players and the audience before the performance. However, these days the function of the Saman dance is beginning to change. It is served as entertainment at parties, celebrations and other events. 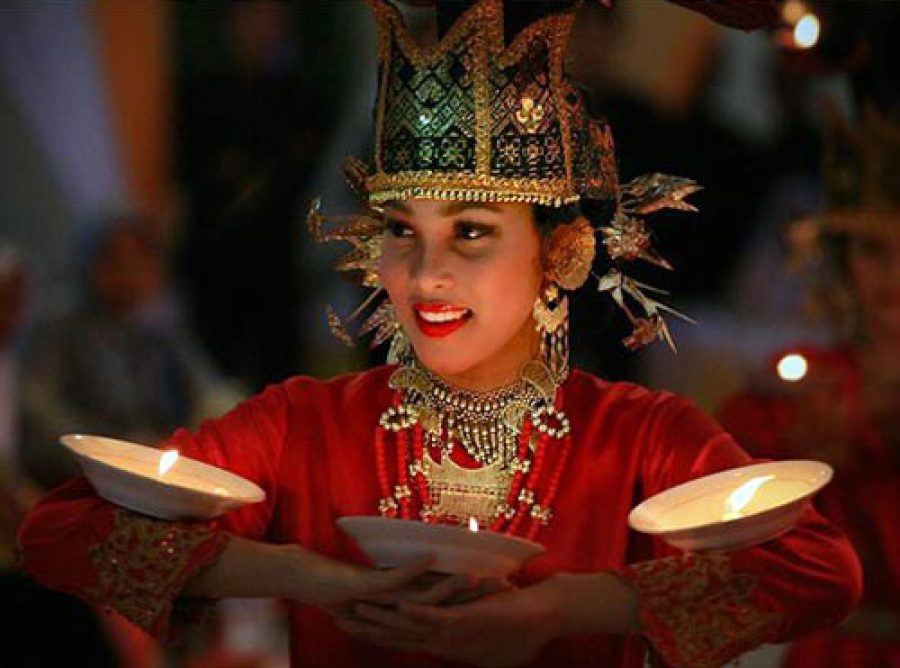 The Piring Dance is also known for the gracefulness of its dancers and its cultural value, as its rendition portrays the customs of the ethnic people of Minangkabau. In the past, this dance was also meant to symbolize bringing sesembahan (offering) to the gods as gratitude for a satisfactory harvest.

Dancers of Tari Piring perform at least 20 lively dance moves with plates, accompanied by joyful and soulful rhythms. Tari Piring is performed by 3-5 people with the Talempong (Minang kettle bong) and saluang (a minang bamboo flute) playing harmonious tunes. The music is also accompanied by a bell attached to a ring worn by dancers.

Reog is one of Indonesia’s most unique dances. It was used to gather the masses and was an effective communication channel for the rulers of the time. The origin of this story comes from Ki Ageng Mirah that tells the story of a great battle between the King of Ponorogo and a lion-like mythical creature.

It is most known for its extravagant costumes and lively, agile movements coming from 20-30 dancers at once. Despite that, It is also impressive because the pembarong (dancer with the role of the lion) can lift a 50kg weight using only its teeth. Other than the pembarong, there are also local heroes with the role of warok. The mystical aspect involved in this dance also made it synonymous with the power of black magic, thugs or violence. 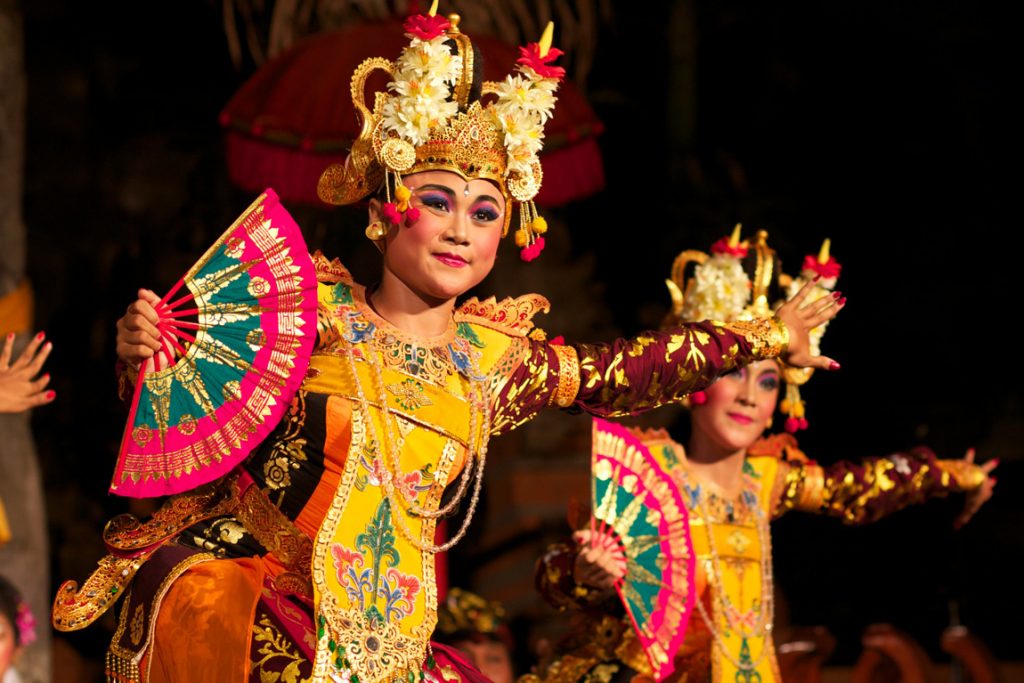 Known as one of the most famous and most beautiful Balinese dances, Legong dancers have enjoyed high status and recognition in society. Long ago, this dance was so exclusive that only royal families have the privilege to watch it.

Legong dance usually includes intricate gestures of fingers, complicated footwork and demonstrative facial expressions, accentuated with sophisticated traditional costumes. The number of dancers vary from only one to six dancers. Typical of a Balinese dance routine, it is accompanied by gamelan music and poems recited by the singer. 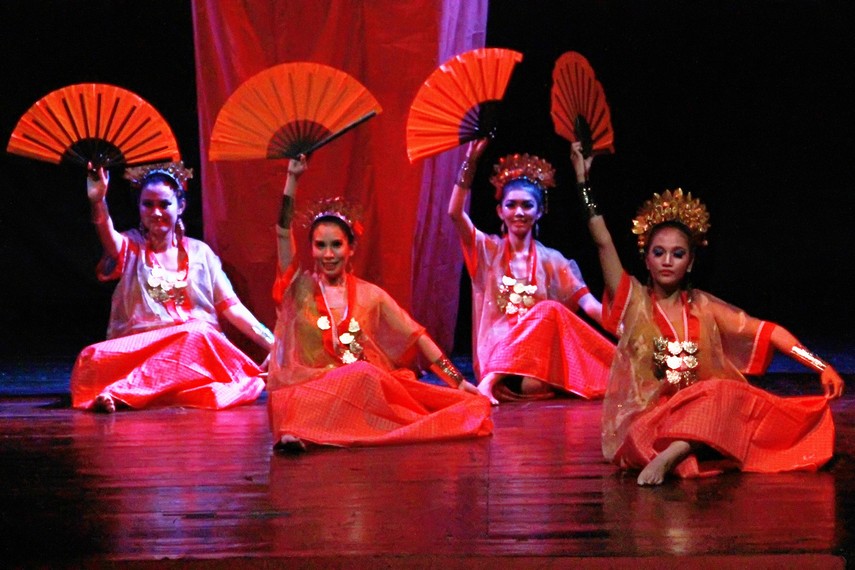 In the Kipas Pakarena Dance, colorful fans are swung about in elegant movements by the festively dressed women, creating aesthetically-pleasing motions. The natives believe this dance tells the story of the parting between divine figures and human beings. Before departing for heaven, the divine figures showed humans how to farm, hunt and breed livestock.

It is usually danced by 5-7 women, because this dance also aims to portray women in Gowa culture. It is also depicts delicate Gowa women that are expected to be faithful and obey their husbands. This dance contains a valuable message that natives hope the future generation will come to understand and appreciate. 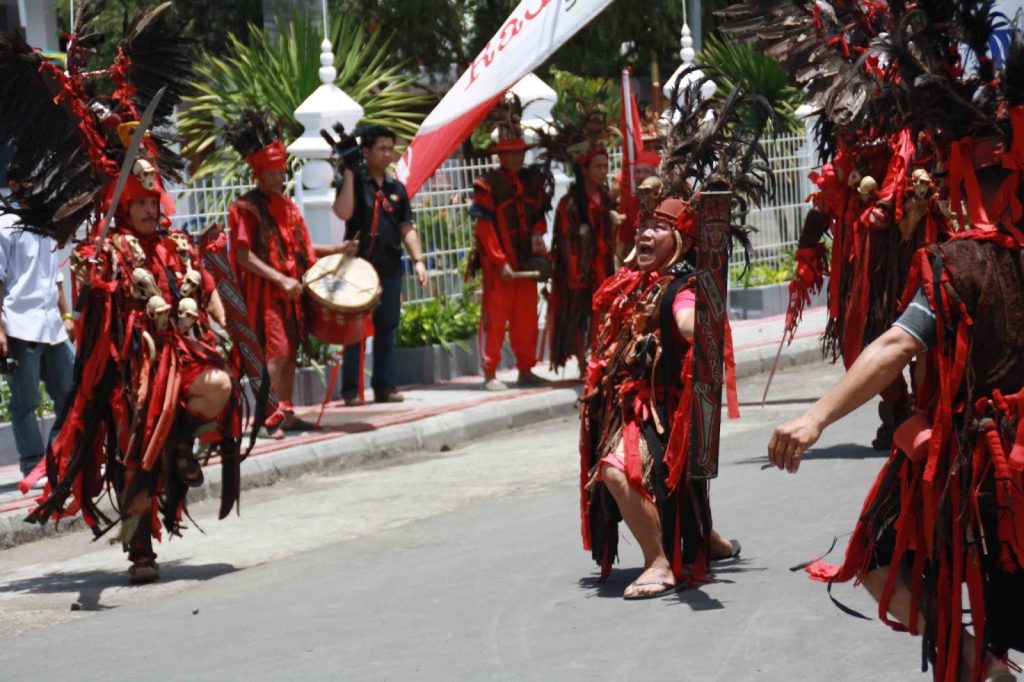 Different from other dances in this list that are generally for gratitude or to depict a story, Cakalele dance is meant to arouse the spirit of war. As seen from the movements and expressions of the dancers while dancing this Cakalele Dance, this dance portrays the soul of Maluku natives as brave and tough. It is commonly danced by men ranging from 10-12 people while accompanied by tifa (percussion), flute, and bia (flute made of big seashell).

It is solely performed by male dancers, although some female dancers act as supporting characters. Nowadays, this dance is used as a form of appreciation and respect of the Maluku people for their ancestors. 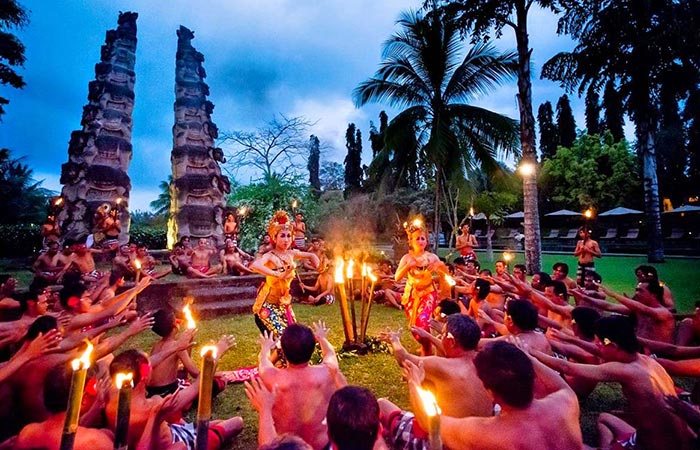 Kecak is a famous Balinese dance known for being the ‘fire dance’ with extreme fire attractions. Kecak is seen as a kinesthetic portrayal of a battle between Prince Rama with his army of monkey aid against the evil Rahwana. Other than that, many believe it’s influenced by a trance exorcism ritual.

This dance is best performed at dusk, because the fire attractions will be further accentuated. Its dancers consist of 150 male performers, sitting around a fire wearing nothing more than sacred Balinese sarongs. In the middle, there will be the leading priest, Rama, Shinta (Rama’s wife), Rahwana, Monkey King Hanuman and Sugriwa. Their performance consists of neatly-coordinated movements accompanied by rhythms sung by the dancers themselves. 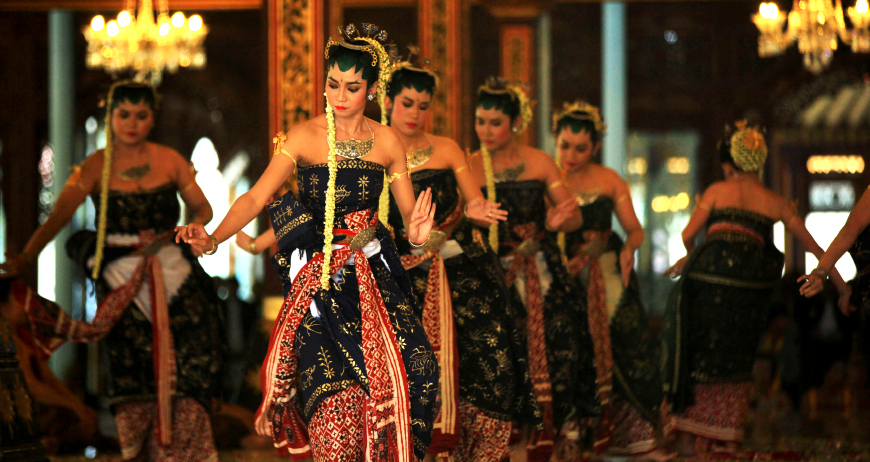 Bedhaya dance is mostly characterized by the slow, graceful movements of nine female performers accompanied by gamelan. What makes this dance very mystical is that it’s connected to the Queen of the South Sea or also known as Kanjeng Ratu Kidul. According to local legend, this dance is the symbol of love for her husband, the Sultan of Mataram. For that reason as well, this dance is often performed in royal palaces of Yogyakarta and Surakarta during coronations and anniversary of coronations. Kanjeng Ratu Kidul’s subordinates are also said to attend every performance.

Because it involves the Queen of the South Sea, preparation for this dance has many superstitions. Dancers are only allowed to rehearse every 35 days, they must undergo purification rituals and dress in bridal attire. 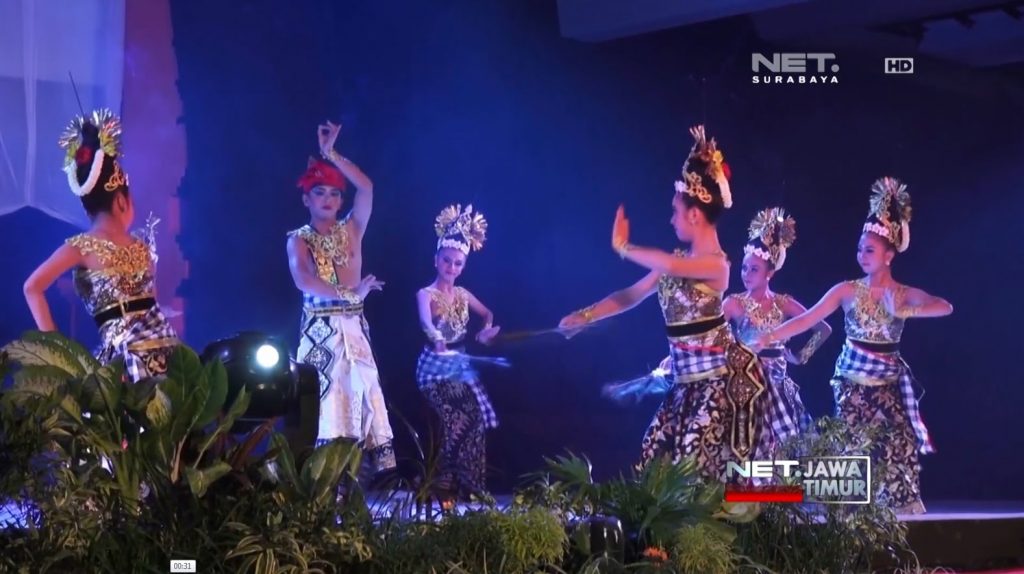 This dance, performed at the Yadnya Kasada celebration in Bromo mountain, is one of the holy dances as part of the ceremony. It aims to appease the nine Gods who are perceived to master the winds. This dance is performed in the hopes that Bromo mountain will not erupt.

Sembilan Dewa Arah Mata Angin is marked by slow, elegant gestures of 8 women and 1 man with the accompaniment of gamelan music. This dance is the manifestation of the wish of Tengger people who wish to be freed of the long-term eruptions of Bromo mountain. 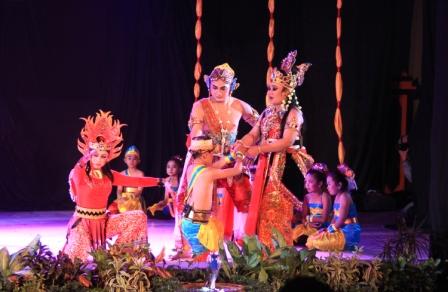 This dance is tells the legend of Roro Anteng, Joko Seger and origins of Yadnya Kasada. Therefore, it’s only performed during the celebration. The music is made with gamelan and melodious chanting while the dancers use slow and exquisite dance moves synonymous with Balinese dances. Because this dance is related to two legends that are highly respected, preparation is done with utmost care and according to traditions.

This dance is needed to be done in exactly the same way as any slight modification will result in the anger of the God Hyang Widhi. There are more than 35 dancers, with a shaman, Joko Seger, Rara Anteng and Kasem (Raden Hadi Kusuma). Before the performing, the dancers’ costumes are also blessed by the local shaman.

Besides the dances in this list, there are still many more dances originated from each particular area in Indonesia. Each dance will contain a different message and story about Indonesian culture. The more you watch them, the more you will come to understand ancient Indonesian traditions.

Which one in this list seems to be the most interesting to watch? Tell us in the comments section below!