Home Health Oil Pulling, What Is It? 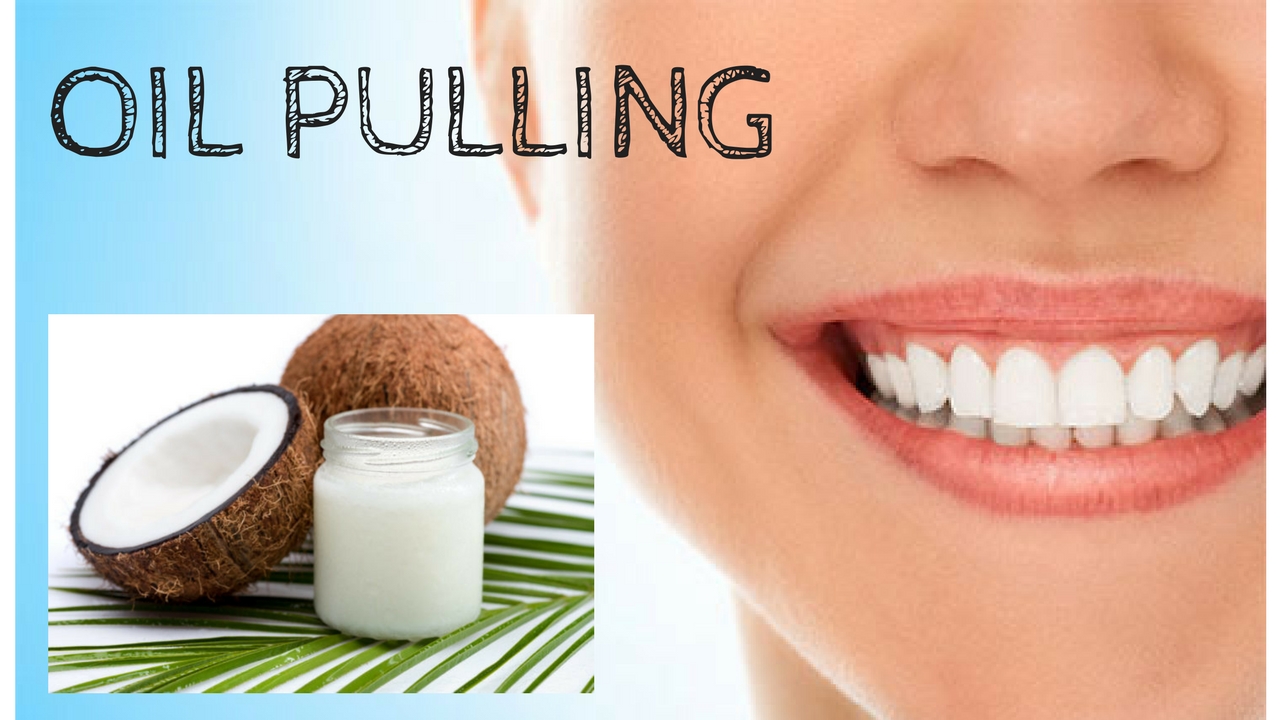 Oil Pulling is an ancient Ayurveda technique to clean the teeth. There are many benefits to oil pulling-some of the benefits goes to the gum, to clean the teeth, to clean the mouth at once and return appetite for some people. At the same time, the antiseptic properties does not come with negative side effects and potential dangerous chemicals in some factory made toothpaste widely distributed.

This is a technique of cleaning the mouth and removing bacteria by swishing oil in the mouth. Currently, oil pulling is lacking in evidence on how effective it can be, but many people swear by it and have experienced the effects.

In theory, oil pulling is a very simple practice. Take in one tablespoon of your preferred oil, swish it leisurely into your mouth for 5-20 minutes and spit it out into the trash (spitting in the sink may result in clogging). Rinse the remaining oil with warm salt water, brush the teeth and floss as normal.

The most recommended oil to be used for oil pulling is coconut oil. It is said that amongst other oils, coconut oil has the right benefits for oil pulling. It contains an addition of lauric acid, which is known for antimicrobial agents that could prevent tooth decay and plaque. Coconut oil is also said to be antioxidant and anti-inflammatory powerhouse, which makes it ideal for reducing inflammation and oxidation in the mouth. Not only is it beneficial to the teeth, but gum health will be maintained with regular oil pulling.

However some people might not stand the taste of coconut oil, which is why you can choose other carrier oils as an alternative. Sesame oil, olive oil and sunflower oil are some of the oils that you can use. Essential oils such as tea tree oil, oregano oil or lemon oil could be added to strengthen the antibacterial properties of oil pulling. 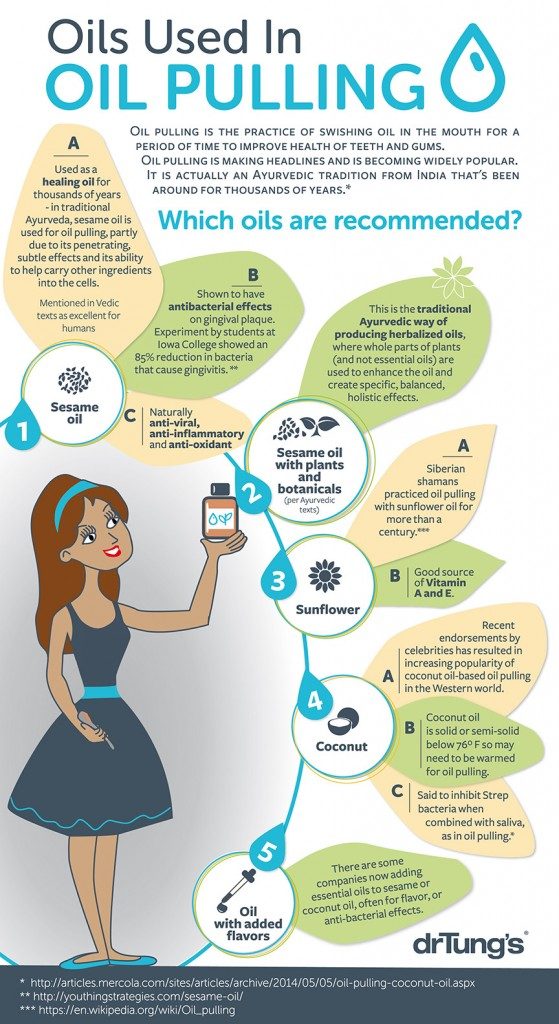