Bali seems to be more famous than the country it is located in, Indonesia. It’s not uncommon to find foreigners who think that Indonesia is located in Bali, or Bali is Bali, a place that is not a part of Indonesia.

Bali is indeed highly popular due to its tourism. Its varied landscape, lush forests, rugged coastlines, sandy beaches and lush rice terraces all providing picturesque backdrop to its deeply spiritual and unique culture. In Bali you can see offerings and temples everywhere; something that you might not found in any other areas in Indonesia. Yes, every aspect of Balinese life is suffused with Hindu faith. Unlike any other island in largely Muslim Indonesia, Bali is a pocket of Hindu religion and culture. 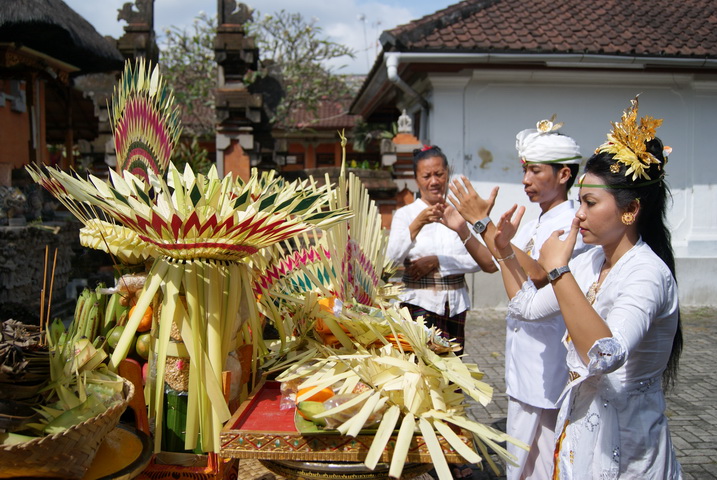 Hinduism came to Indonesia from India in the first century AD. It was gradually replaced by Buddhism, which was the main religion of Java and Sumatra, until it in turn was displaced by the coming of Islam from the 14th century AD. However, due to the isolationism nature of Balinese and the system of state religion on pre-colonial Dutch, Bali became the only part of Indonesia to remain predominantly Hindu, even today.

Although Balinese Hindus worship the same gods and goddesses, perform similar rituals, and build sacred temples, there are certain elements that make Balinese Hindus different from Hindu practices in India. Here are some other interesting facts about Bali that every Indian Hindu must know.

1. Along with the traditional Hindu gods such as Brahma, Vishnu and Siva, Balinese Hindus worship a range of deities unique to their branch of the religion. Sang Hyang Widhi (also known as Acintya or Sang Hyang Tunggal) is the designation for one God in Balinese Hinduism. Acintya is associated with the concept of Brahman.

2. Nyepi Day, or the Day of Silence, makes the start of the Balinese Saka year, and is marked on the first day of the 10th month, Kedasa, which usually falls in March. Nyepi Day is the ultimately quietest day of the year, when all of the island’s inhabitants abide by a set of local rules, which brings all routine activities to a complete halt. The Balinese Hindus follow a ritual called the Catur Brata Penyepian or “Four Nyepi Prohibitions”, which include amati geni or “no fire”, amati lelungan or “no travel”, amati karya or “no activity”, and amati lelanguan or “no entertainment”.

4. Men and women should wear appropriate attires when entering the temples. Males should wear several essential items such as udeng (headpiece), a shirt (usually white), kamen (long woven clothes to cover the legs, looks like a Dhoti), saputan (a cloth that covers kamen from the waist to thighs), and umpal (a waistband). The clothes for females are similar, only without udeng and instead of white shirt, females usually wear kebaya with a sash wrapped along the waist and a sanggul (hair bun) with flower decoration.

5. Tri Hita Karana is a traditional philosophy for life in Bali. The literal translation is roughly the “three causes of well-being” or “three reasons for prosperity.” The three causes referred to in the principle are harmony among people (Pawongan), harmony with nature or environment (Palemahan) , and harmony with God (Parahyangan). Bali acquired the principles taught by the Rishis and improved their inner approach towards life.

7. In the year 1011 AD, at a place which is now known as Purasamantiga. It was the first interreligious conference of three religions: Shaiva Agama, Bauddha Agama and Baliyaga, the traditional pre-Buddhist, pre-Hindu, Balinese religion. The scholars and the leaders sat down and worked out a system by which the three religions should work together and exchange forms with each other and that is the religion of Bali today.

8. Bali priests are treated as equal and paid by the government. Despite the fact that Indonesia is a secular country with the biggest Muslim population in the world, every religion is supported by the government. That is the Indonesian form of secularism, which probably can’t be implemented in India.

9. The national motto of Indonesia “Bhinneka Tunggal Ika. One is many, many is one.” is inspired by an Indonesian Hindu scripture Sutasoma Kakavin. The complete quotation is as follows – “It is said that the well known Buddha and Shiva are two different substances; they are indeed different, yet how is it possible to recognize their difference in a glance, since the truth of Buddha and the truth of Shiva are one? They may be different, but they are of the same kind, as there is no duality in truth.”

10. In Bali Hindus still don’t read a printed book when they perform Puja (worship). They read from a Lontar, which has traditionally been scripted by hand on a palm leaf. Before they recite the Ramayana Kakavin the book is worshipped. There is a special ritual of lifting the sacred book, carrying it in a procession, bringing it to a special place, doing the bhumi puja, worshipping the ground there and consecrating the ground, then placing the book there. Then the priest will sit and recite the Ramayana. 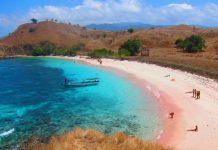 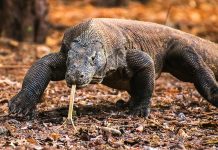 7 Interesting Facts About the Komodo Dragons 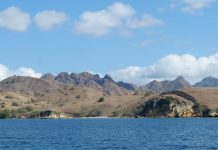