Hiranyakashypu was the king of the asuras. Hiranyakashypu’s brother had been slain by Vishnu for terrorising gods and goddesses. So Hiranyakashypu wanted to destroy Vishnu and keep other Gods in heaven subdued. He told his soldiers to crush all those who worship Vishnu, but the Gods protected the Devotees of Vishnu.

Hiranyakashypu thought to himself “I will have to match my powers to Vishnu’s to rule over the three worlds”.

So he began to perform severe penances and tapasya. While he was so occupied the Gods ransacked his city and destroyed his palace. Hiranyakashiapu’s Queen, who was expecting a child was sent by the gods to Sage Narada’s hermitage. She lived in the Ashram of the great sage and learned about religion and the glory of Vishnu from him. The child within her, Prahlad, too, absorbed all this knowledge.

Narada taught the Queen that Vishnu is the soul of all created things and is present everywhere. Meanwhile, Hiranyakashypu’s austerities pleased Brahma and said, “Arise Hiranyakashypu. Any boon that you ask of me shall be yours”. Hiranyakashypu said I wish that my death be not caused by man or beast, with a weapon or without a weapon, during day or night, indoors or outdoors, on earth or in the sky. Grant me the undisputed lordship over the material world.

Hiranyakashypu brought his wife back to his city where Prahlad was born. Hiranyakashypu, with his new powers renewed his hostilities against Vishnu and his followers. He declared “There is non stronger than I. I am the lord of the three worlds. I shall be worshipped as such”.

Prahlad in the meanwhile was growing up and was Hiranyakashypu’s delight. He asked Prahlad, “Son, tell me what do you think is the best thing in life”?

Prahlad replied: “To renounce the world and seek refuge in Vishnu”.

Hiranyakashypu laughed. Then he called his Son’s teacher to him, saying, “Guard him closely. I think that the followers of Vishnu are secretly influencing him. Don’t let him out of your sight! After my months, his teacher said: “Prahlad, I think you are now ready to meet your father.” His father asked him: “You have been with your Guru a long time! What have you learnt? Prahlad said, “I have leant that the most worthwhile occupation for anyone is the worship of Lord Vishnu”. Hirnaykashypu was very angry, “O cursed child! Who taught you such perverse things?” Prahlad remained calm and said, “Vishnu. He reveals himself to all who are devoted to him.”

Hiranyakashypu shouted angrily, “This boy must not live! Take him away and kill him! Kill this vilest enemy disguised as my son. Poison him or attack him when he sleeps but kill him!” The soldiers started attacking Prahlad when Prahlad was meditating on Lord Vishnu, but their weapons could not touch Prahlad. Most deadly snakes were let loose on Prahlad, but their fangs turned impotent. Mighty elephants could not trample him. Something kept them back. He was pushed off a cliff but Prahlad was unharmed. Holika, the wicked aunt of Prahlad Holika who had a boon to brave fire without hurt, sat with Prahlad in fire but Prahlad was unharmed. In desperation Hiranyakashypu had him fed with deadly poison but it turned into nectar in Prahlad’s mouth.

Prahlad was sent to his teacher to try again. This time the teacher tried to get Prahlad interested in means for acquiring wealth and physical pleasures. But Prahlad thought to himself “How can the pursuit of physical pleasures and wealth bring happiness? It will only lead to envy and anger?” The teacher eventually gave up, when Prahlad told his father that Vishnu is the soul of all created beings and is present everywhere. Hiranyakashypu roared, Where is Vishnu? If he is everywhere why is he not in this Pillar? If he is not there then I shall cut off your head with my sword. Let Vishnu, your Lord protect you.” As Hiranyakashypu was striking the Pillar? With his sword, Lord Vishnu, in the form of Nara-simha (nara=man, simha=lion) emerged from the Pillar. His look was neither beast nor man. Narsinha caught Hiranyakashypu and it was the twilight hour, carried him to the threshold of the court- room which was neither indoors nor outdoors and while holding him on his lap, killed him. Prahlad was installed on the throne and he ruled wisely and well for many years.

The religious significance of the festival of Holi is to mark the burning of self-conceit, selfishness, greed, lust, hatred, in fact all the undesirable demoniac tendencies, propensities, thoughts and behaviours. The victory of righteous forces over demoniacal forces. 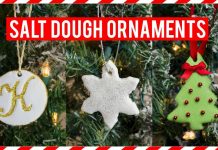 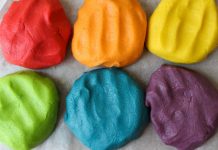