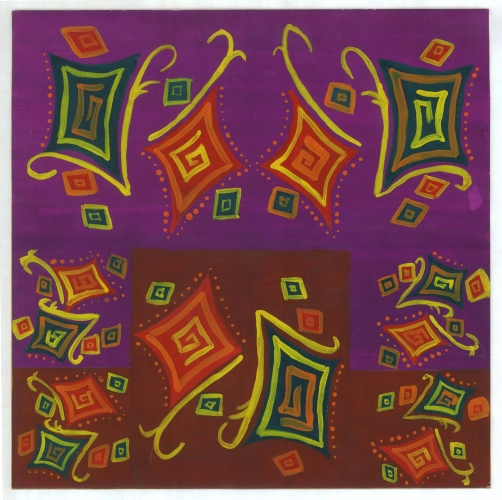 Batik is an important part of Indonesian culture. It contains cultural significance, as it is deeply embedded into the everyday lives and contains symbolisms from their culture. In the past, different batiks can only be used on certain occasions and some could even represent one’s social status. Each area in Indonesia have their own characteristics and their own specialty compared to batiks from other areas.

‘Batik‘ comes from the word ‘ambatik‘ which means cloth with tiny and little dots in Javanese. Using wax to block certain areas of the cloth, batik workers will be able to create various patterns from flowers, dots or geometric shapes. Patterns can be drawn in using a canting (pen-like tool to apply hot wax) or stamped on the cloth, which it is then dyed. Next, the wax is melted and dipped in normal water. Sometimes, the wax will be melted selectively to add more colors to the batik cloth.

According to many records, batik was previously exclusive only to the royal family. This ensured the use, preservation and appreciation of Batik in Indonesia despite the incoming of globalisation and modernisation surging throughout Indonesia.  This treasured cultural aspect of Indonesia has therefore been included in UNESCO’s “Intangible Cultural Heritage of Humanity” list.

Despite being adapted from other cultures, batik has greatly flourished in Indonesia. Mainly, Java area has the most advancement when it comes to creation and its use. Batik became more widespread and was adapted to various cultures and areas. Each area would have their own preferences and a part of their culture embedded into the piece of cloth.

Here are the different types of batik motifs in Indonesia: 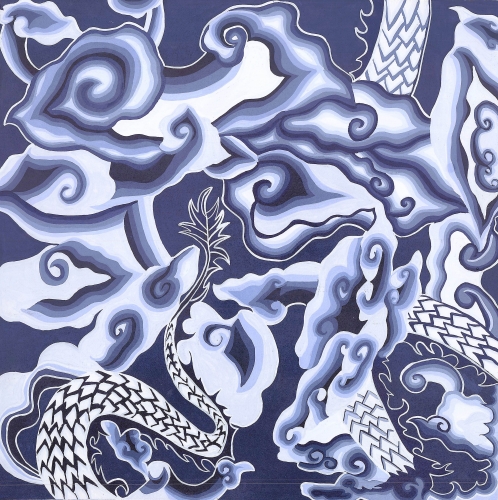 On the Coastal areas of Java and Madura, Batik has become a visual representation of the intermixed culture that existed in those areas. Its existence as a port for various foreign merchants influenced the creation of batik designs. As the main influence originates from Java, its undertones are still seen in majority of the batik patterns.

Cirebon influenced by both the Javanese and Sundanese kingdoms, resulted in the Cirebon style batik. The coastal areas of Cirebon had more foreign influences and brighter colours due to its role as a port. You can also identify the mega mendung or cloud pattern due to the Chinese influences such as the phoenix bird and dragon. The use of red and yellow represents luck and prosperity in Chinese culture. Nowadays there are other colours and patterns incorporated into their designs from green, yellow, brown and more. Traditional blue and red is used to represent masculinity.

In Sumatra, Bali and Kalimantan, batik was introduced from Java or by localised development. Batik benang bintik from central Kalimantan, though not as famous as other batik patterns is used exclusively in weddings or traditional ceremonies, is now starting to pop up in local designers’ works. Patterns are inspired by the Dayak culture, including their Kaharingan belief. One important pattern from this religion is pohon batang garing, or the tree of life. Colors generally used are yellow, blue, green, red, black and brown. 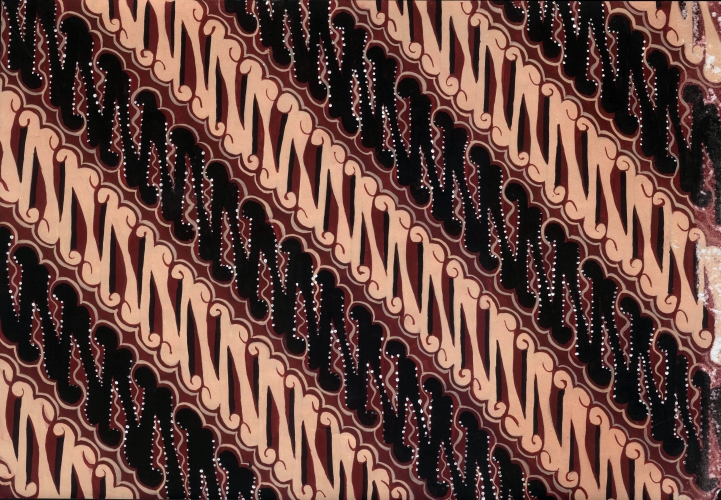 Inland batik from Java, Yogyakarta and Surakarta are some of the oldest types of batik from Indonesia. Batik in these areas have spanned hundreds of years back from the mataram kingdom-regal ancestors of the current kingdom of Yogyakarta and Surakarta. Because it was work by royalty, batik patterns from these areas adhered to strict codes and rules. Colours used were limited to black, indigo, sogan (brown-toned palette) or brown yellow. 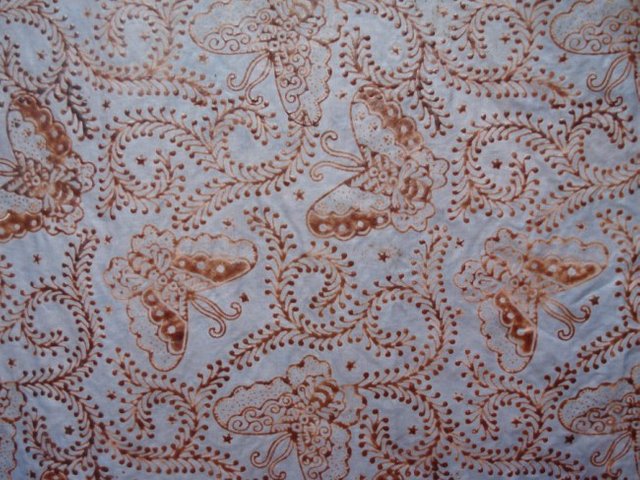 Jepara Batik, also known as Batik kartini can be differentiated into two types of motifs, old and new. The old patterns are characterised with with its black color, brown elephants, flora and fauna of green, screw leaf, animals of nature and many more. Meanwhile, the latest batik has more variations in pattern, colours and drawing style. 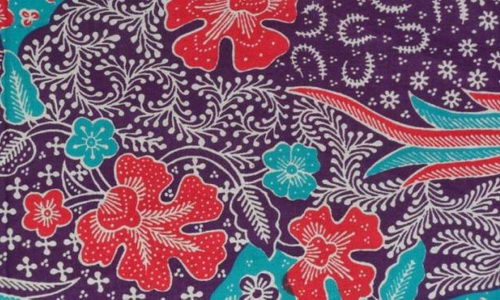 Although bearing resemblance to Javanese style batik, Malang has their own distinctive batik style. Rather than just limited to dark colours like brown and black, Malang is famous for having bright colours. Green, red and purple are some of the colours that are used. Another feature of Malang batik is the use of white borders on their floral and plant patterns. 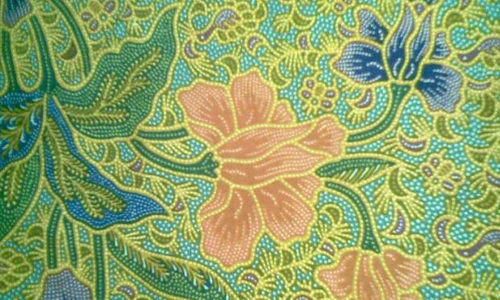 Balinese batik tend to have bright, vivid and varied colours. Inspired by Javanese designs in Pekalongan, Balinese designs also incorporate flora and fauna patterns. Balinese patterns that clearly show its signature would have designs of mythical creatures like Singa Barong or aspects of Balinese culture like traditional dancers. 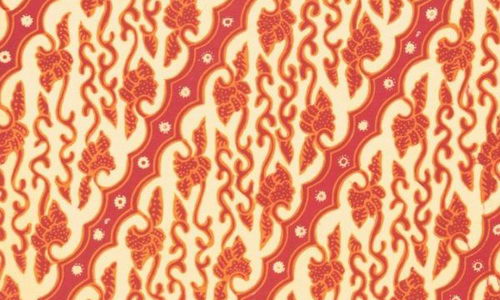 Aceh batik are drawn in more colourful tones. Patterns drawn are mostly in the shape of flowers, plants, clouds and other aspects of Acehnese culture. One interesting thing is that Acehnese batik will unlikely have animal patterns as it goes against Islamic teachings of not wearing the images of live animals. Nevertheless, you will most likely find batik cloths in Aceh exude glamour due to their use of vivid colours. 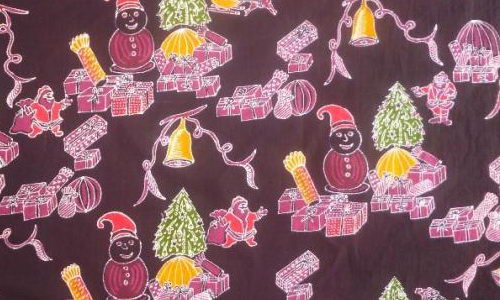 Batik from Banten is particularly distinctive from other batik in Indonesia. It is brightly coloured, dominated by pastel shades. This is thought to embody the soft yet cheerful personality of the Banten people. In truth, that is not the real reason of the change in batik style, as Banten’s batik style became heavily influenced by the Chinese who have immigrated to Indonesia. Islamic influence also played a role, as some of the batik had some Arabic touches. 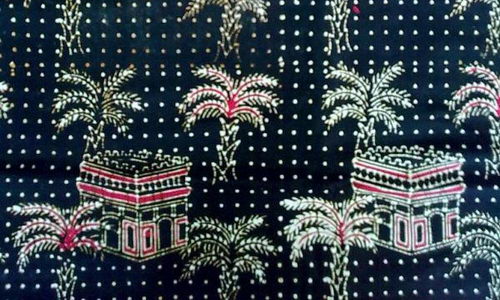 Kudus is known for using sogan colors in their batik, although some are colourful. This particular batik pattern are also known for being influenced by Pekalongan, Yogyakarta and Solo patterns. Depending on their area of specialty, different images will be drawn on from flowers, butterflies, parang (machete), spears, or geometric patterns like the kawung (pattern resembling the palm fruit). Designs you should watch out for are intricate isen isen (details within the main design), which it is more known for. Chinese influences are also present as Chinese traders are thought to have brought batik to Kudus. 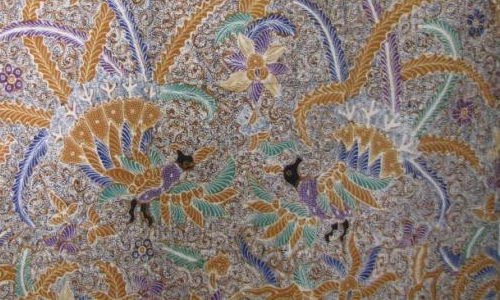 Batik Kediri is very typically known to have a lot of spotted motif. It is also known to be one of the most popular batik motifs in Indonesian and used by various designers in their collections. This style is also known to portray a very elegant image to those who wear it. Kuda lumping, burung Garuda, the Simpang Lima Gumul monument (L’ Arc D’Triomphe of Kediri) are some of the signature images painted on their batik. 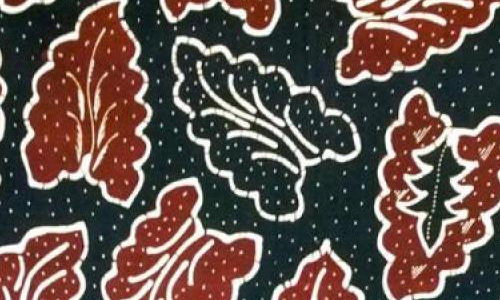 This batik style is a combination between Kediri and Malang style. It has the same spotted features from Kediri style and combines it with the white outlines from Malang style. Albeit having similar traits to Kediri style, batik from some areas are more darker in color and others are brighter in color. As a result, their batik also provides a very elegant look to wearers.

In the past, batik can only be used during special occasions and do not have much variety in their style. Indonesian designers have currently adapted Indonesian batik to follow the latest fashion trends. As a result, batik is now much more appreciated and widespread in Indonesia.

What batik patterns have you tried? Is there any pattern that you’d like to try? Tell your answer in the comment section down below! 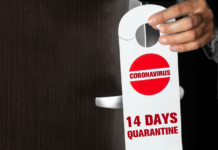 Tips to Thrive During Hotel Quarantine 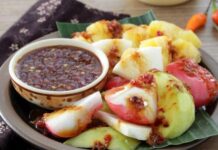 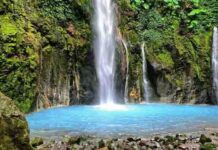